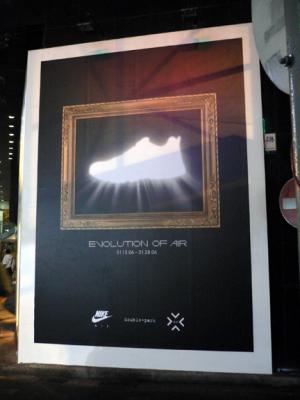 Friday night I headed over to an event commemorating the launch of the Nike Air series of shoes. The venue was a shop called EXIT by Double Park. The store is in a basement at the end of Granville Road in Tsim Sha Tsui.

Granville Road where ths shop is located is one of the main shopping streets for trendy clothes and accessories in Tsim Sha Tsui. A notable destination here is Granville Commercial Center, known in Cantonese as ‘Lay See’ which is located slightly off the main road. This is one of the first mini-malls that features dozens of small designer shops inside.

EXIT is the jewel of the Double Park chain. It’s sort of a concept shop with cool minimalist design. Double Park is a youth-focused street wear chain that is part of the I.T. group of stores. I.T. is one of the major fashion chains that sells medium to high-end designer clothing throughout H.K., and has also expanded into China.

To prepare for the event, all of the clothes were removed from the EXIT shop, and a case was set up exhibiting the evolution of the shoes. In one corner of the store there was a d.j. – my friend KidCal. He played everything from Public Enemy and Inner City to more recent underground music. 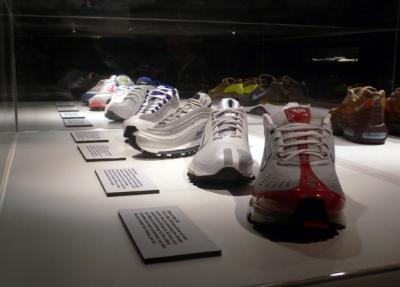 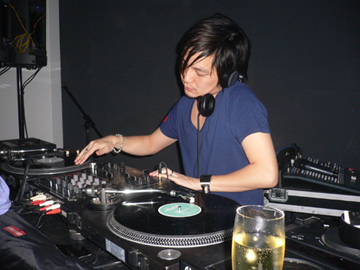 There was a wall featuring still life paintings by old Dutch masters. Images of Nike Airs were interspersed throughout the paintings. 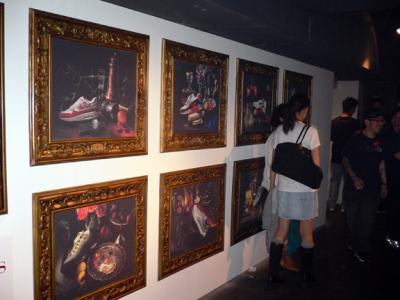 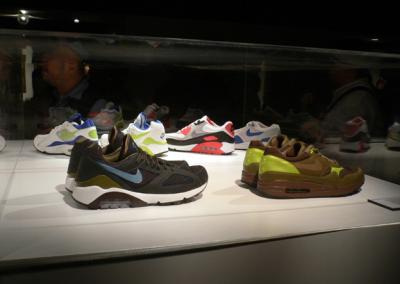