After checking out the show at Kapok I headed over to the IdN Gallery space in Wanchai. IdN (International designers Network) is a famous digital design magazine based in Hong Kong. They’re located on a small street where cars cannot drive down. The narrow street is filled on either side with hawker stalls, and the IdN building is somewhat hidden.

On this night, it would be easy to spot, as arty-looking people were spilled out onto the street outside the space. I didn’t know anything about the exhibition, but it was a book release party for designer Stephen Lau, who had published a book titled ‘Fusion’ through IdN with 50 contributors.

I had arrived late, and just missed the live painting below: 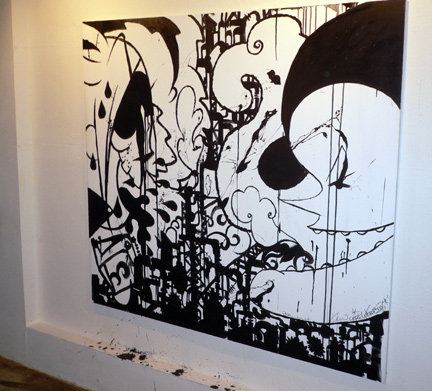 The artwork on the walls was mostly Stephen Lau’s illustrations on the second floor, and works from contributors occupied the ground floor. 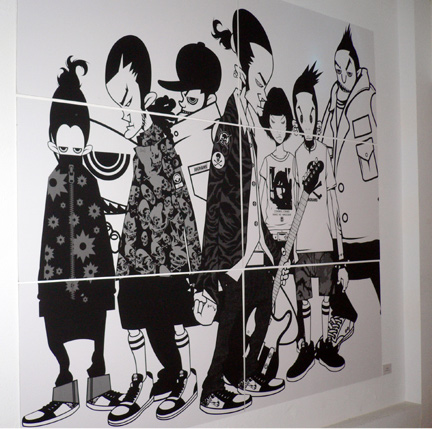 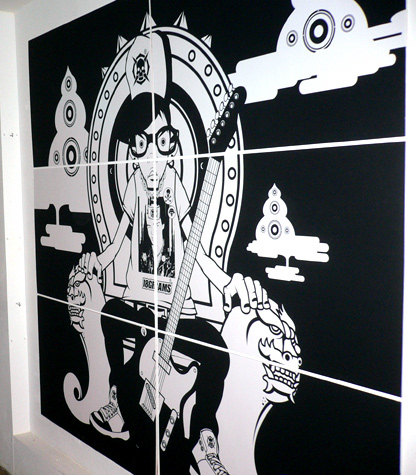 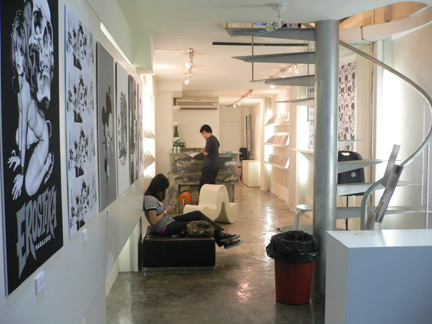 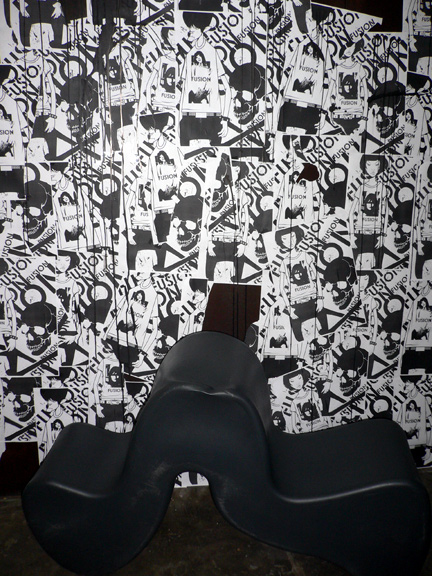