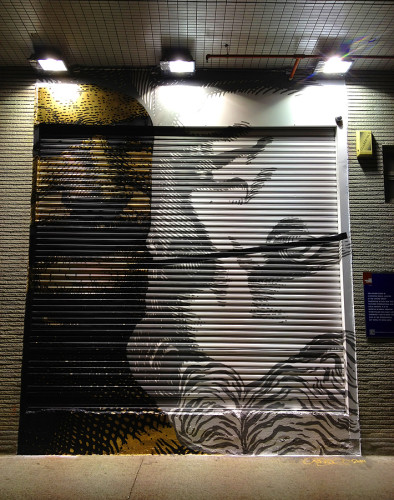 Los Angeles-based artists Cyrcle were back in Hong Kong for the unveiling of the latest Vaford Gates mural on Saturday, January 25th. The night was a combination art launch and charity fundraiser with a vibe more like an underground warehouse party.

The Vaford Gates is an art initiative to showcase talented local and international artists in Hong Kong’s Chai Wan neighborhood. The canvas in this case is a series of massive loading bay doors located on the front and back of an industrial building.

Back in August, London-based artist INSA created two pieces for the initial launch of the Vaford Gates program. Here are a few time-lapse videos of him painting:

The building is located just around the corner from Chai Wan Industrial City which houses multiple art galleries and studios.

Cyrcle has exhibited in Hong Kong on several occasions, initially as part of a wildly successful group show curated by the Above Second Gallery in collaboration with Swire properties. Since then they have taken on several new projects in the city.

The Vaford Group is a leading contracting and construction firm based in Hong Kong. The forward thinking company has joined a number of other progressive firms in embracing a trend towards introducing art in non-traditional venues.

In addition to the art event, the night of the 25th also featured a charity element to raise money for victims of typhoon Haiyan, which devastated areas of the Philippines a few months ago. The MSY Charitable Foundation, aims to address the humanitarian disaster by helping to replace destroyed homes. For more detailed info about the charity, go to the MSY Foundation Facebook page.

On the night of the event, attendees arrived in Chai Wan, checked out the outdoor mural and then made their way to the interior of the building to join the party. Guests spilled out onto the area in back of the building and socialized throughout the raw industrial space.

Party-goers were treated to food and drinks by Socialito and other sponsors. With a DJ and video projections, the event was a brilliant cross between an underground warehouse party, and an art opening. Perhaps this is a formula that will be duplicated in the future, as it matches the sophisticated, international crowd who favors grit over glitz.

An ice sculpture (used for doing shots) in the form of the Vaford Group logo was dangerously popular! 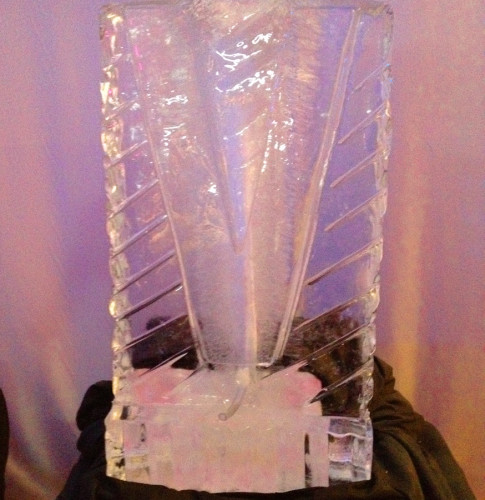 Check out the Vaford Gates website for upcoming news about the art initiative and their ongoing mission.