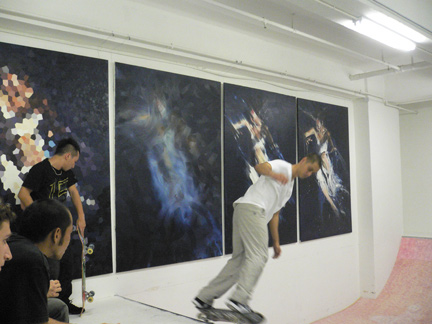 Before the Nike shop event, I headed out to the far east side of Hong Kong Island to a neighborhood called Chai Wan to attend the opening exhibition of a new gallery. The gallery is actually an extension of the Chancery Lane Gallery in Central’s Soho neighborhood. The new location is a massive warehouse / old factory building that has been subdivided. 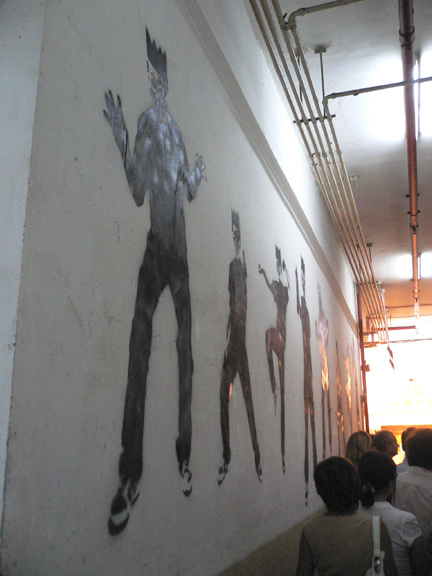 When I got out of the elevator, I saw the familiar street art of Simon Birch, who was curating the opening show. Taking a right, I entered into a room with a mini half-pipe, with skaters in full session. On the side of the ramp were several hanging canvases. I had to warn a few of the gallery-goers to stay clear of the side of the ramp, just in case any runaway boards came shooting out – a lesson I learned the hard way about a decade ago! Ouch! 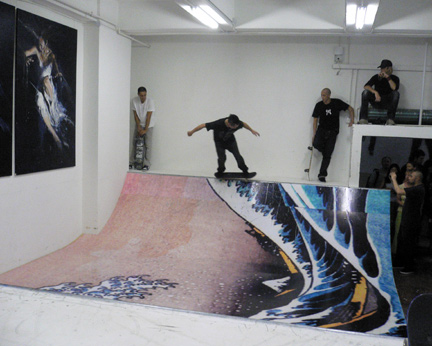 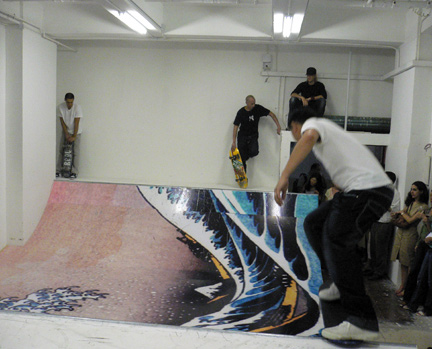 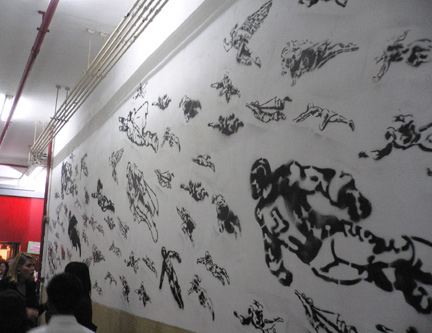 Although the gallery offered a larger space than most in Central, the big turnout made it seem small. Click the image below for a bigger version. 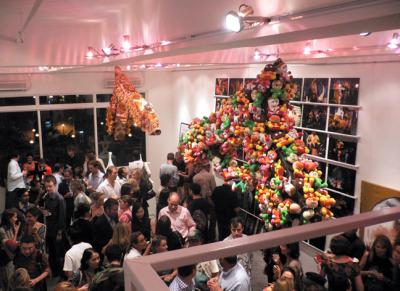 Along one wall were a bank of photos by Wing Shya. 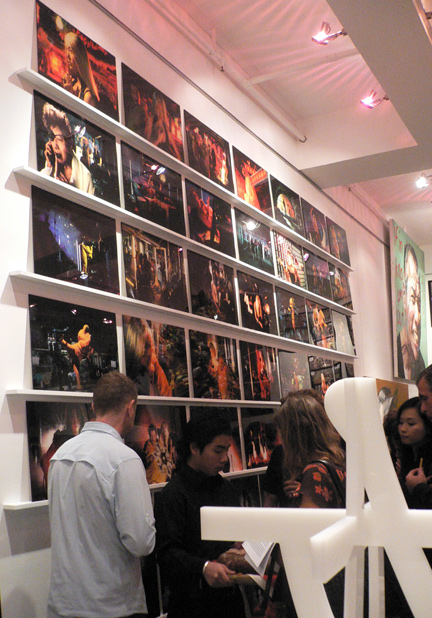 Simon Birch also had two paintings on the same side. 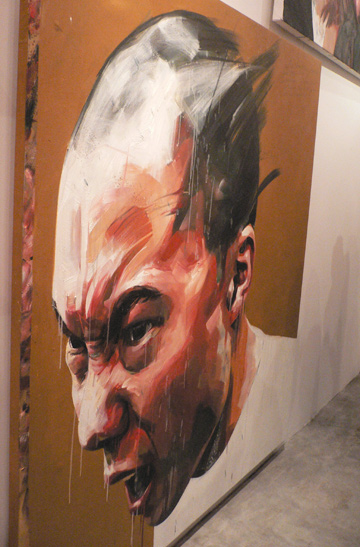 Suspended from the ceiling were two large guns, each crafted using interesting materials. 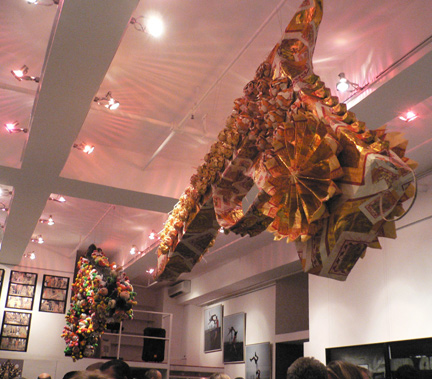 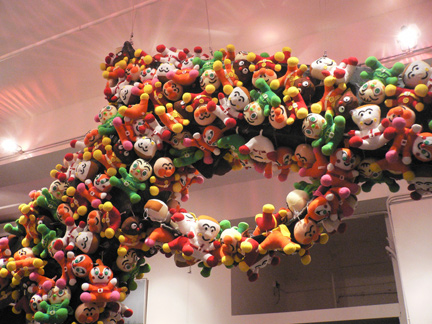