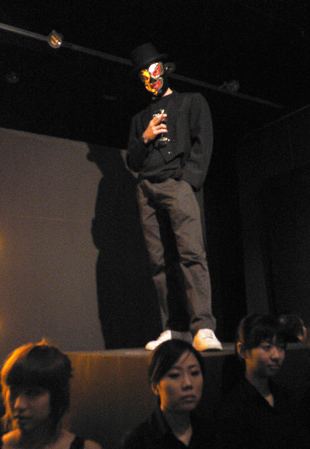 Simon Birch, an artist we have covered extensively on Hong Kong Hustle, is launching an ambitious new exhibition titled Hope and Glory on Thursday, April 8th.

The show will be spread out over 20,000 sq. feet – an enormous size in this land-scarce, densely packed city. (Some of you may already be familiar with the ArtisTree space as it was the site of last year’s excellent Vivienne Westwood retrospective.)

This show is billed as a “conceptual circus” and seeks to immerse the attendees in a multimedia experience. Although known primarily as a painter, Simon has experimented with additional art forms including sculpture, film, and even performance art.

What does he have in store this time?

The artist has grown increasingly more adventurous as his art takes on new forms. In fact, one of his projects even included renting a tiger!

Simon’s last large exhibition at the Chancery Lane annex in Chai Wan was already running low on space. It’s exciting to think what he will conjure this time around given the additional landscape.

You can read previous stories on Simon Birch here, here, here and here.

By MTR, get off at the Quarry Bay stop and take Exit A.