Packed with Hulks, Iron Men, and even a life-sized Batman, Toy Soul 2015 couldn’t have taken place at a better time. The annual gathering of the world’s top toy figure companies coincided with the opening week of Star Wars – The Force Awakens. In addition to the hundreds of figures that left collectors drooling, several sections were devoted entirely to the new Star Wars characters.

Part sculpture, part model, part collectible, and part action figure, the exhibition showed off the very best of what’s coming out in 2016.

Toy Soul brings together artists, designers, collectors, manufacturers and distributors spread out over two floors of KITEC, in Kowloon Bay.

Fans, industry insiders, and enthusiasts came together to celebrate their passion and hear talks by influential speakers over the three-day show which took place December 18th to 20th.

Just in time for Christmas, collectors arrived excited to purchase the latest limited-edition figures and to pre-order others based on the prototype designs they discovered. 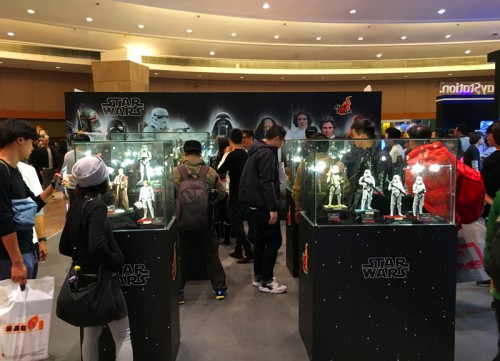 Attending the second day, there were already many ‘Sold Out’ plaques next to the items. On display are some of the most anticipated and highly sought after figures to be found anywhere in the world.

The toys start in price from a few hundred Hong Kong dollars, however most collectibles appear to be in the $1500 HKD range. Over thirty toy companies participated and rented booths to display their works.

The amount of detail on some of the figures is stunning. The sculpting of the faces is often impeccable. 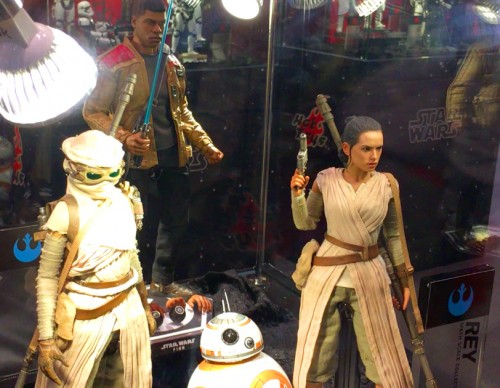 In addition to figures with a sleek, smooth finish, there are also models with amazing texture. You can find weathered robots and rusting cyborgs of all shapes and sizes. 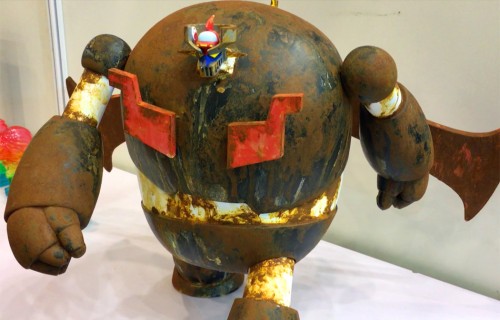 Hong Kong is famous as the epicenter of action figure design. Hot Toys, a prominent local company has the license to create characters from film properties like Star Wars, Iron Man, Avengers, Captain America, Ant Man and Back to the Future. What started with local legends like Michael Lau and Eric So, has grown into a whole crop of stellar workshops based in the city.

Our quick video captures a few of the highlights among hundreds of amazing works.

This figure, part of a series created by designer Yung Kwok Yin was a standout! 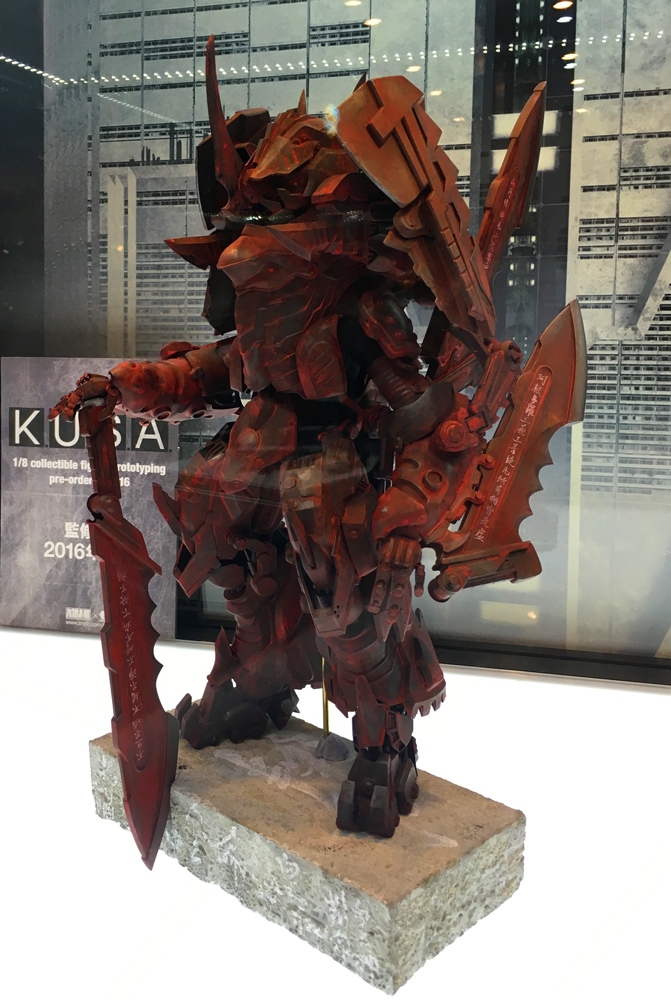