Keith Ape, the Korean M.C. behind the hit “It G Ma,” had the audience chanting along during his debut Hong Kong performance. Filled with punctuating shouts, and featuring verses in Korean, Japanese and English, the artist’s songs have a cross-cultural appeal that doesn’t require mastery of any particular language.

The music video for “It G Ma,” (which is likely how most people first discovered it,) shows Keith Ape and the Cohort Crew as they rap in a series of hotel rooms. The swagger on display, along with the energy of the chorus is infectious, and gets people riled up. 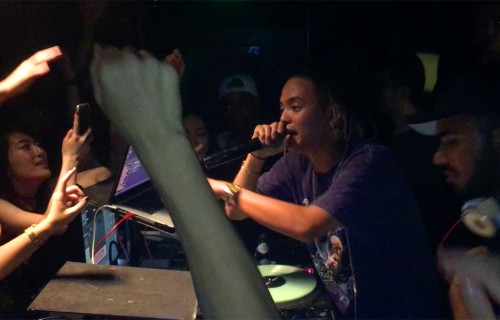 Since the 90’s it has been common for music videos to influence how fans perceive and respond to a song’s live performance. That’s even more true today than it was twenty years ago, as many people’s first exposure to a song will now be through YouTube, rather than the radio. If your music video shows people going crazy, then audiences at your performance are almost pre-instructed on how to act. (We’ve talked about this same effect in reference to Major Lazer.)

“It G Ma,” which falls under the Trap genre (related to Hip Hop,) is unapologetically inspired by American artist OG Maco’s song “U Guessed It”. But “It G Ma” isn’t a sneaky attempt to copy bits of style, artist Keith Ape has taken more of a direct form of appropriation, as even the video is roughly the same.

Though not 100% original, “It G Ma” does have plenty of its own artistic merit. The M.C. is taking part in a long tradition of borrowing that goes back to the very beginnings of Pop music. 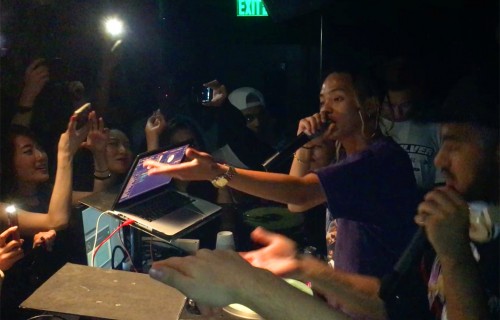 “It G Ma” is a work that wants to join in the global conversation of music. It could only be born in today’s deeply connected world made possible by the Internet. In contemporary times, a budding musician in one part of the world could be captivated by a sound coming out of a totally different place and culture, and can go on to create a song inspired directly from that sound. (Singer M.I.A. did that with her single “Bucky Done Gun”, mimicking Brazil’s Baile Funk sound.)

While Keith Ape’s single didn’t outperform its predecessor, which garnered over 41 million views, it did do a respectable 17 million, as well as launch his international career and that of his Cohort Crew who have begun playing international gigs. 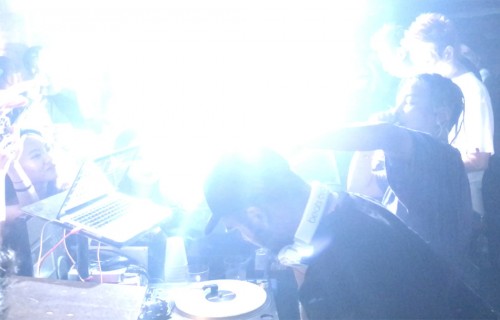 Performing live at FLY on November 7th, Keith went through several songs while his DJ provided back-up shouts and woops. Have a listen in the video below! For best results, watch in HD!

If you’re interested in learning more, Noisey has a good interview with Keith Ape about his background and recent success.

It G Ma," had the audience chanting along during his debut Hong Kong performance. Filled with punctuating shouts, and featuring verses in Korean, Japanese and English, the artist's songs have a cross-cultural appeal that doesn't require mastery of any particular language." />