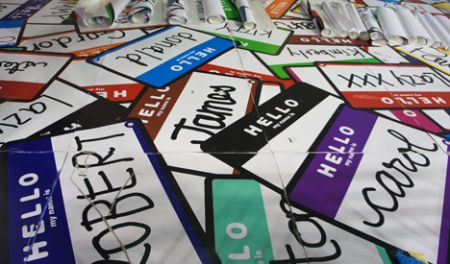 Times Square, which has a history of interesting outdoor exhibitions (especially for the holidays,) has a double show coming soon by accomplished Hong Kong artist Michael Lau. Titled Kindergardener, and Gardener 10th, the two were being assembled on Friday night.

Michael Lau is one of the go-to creative guys in Hong Kong. He’s a skilled painter, a pioneer in the world of toy figure design, and an all around talented artist.

Part of the reason for his popularity has been his skill at creating fascinating urban-inspired work. There’s something about his paintings and toy figures, whether it’s the attitude, or the technique, that embodies authentic youth/street culture. His characters often look as if they came to life off the side of a 1980’s New York City subway train. This is partially why he has succeeded internationally above most others. But his brilliance isn’t just in the art, it’s also in the thoughtful execution.

His newest show, Kindergardener, which is a wonderland of giant, colorful spray paint cans, is currently being set up outside of the popular Times Square shopping center in Causeway Bay.

Drawing upon classic graffiti iconography, such as the ‘HELLO my name is” labels, and the massive, over-sized adaptations of Krylon spray paint cans, the installation manages to be fun, festive, and cool, all at once!

A key ingredient to the installation’s success is the use of spectacle. People love to see everyday objects super-sized. This was a major trend in N.Y. in the early 80’s (Think Big), and can be found today at recent Adidas and Puma events with enormous sneakers put out as Facebook photo bait.

Divided in two, Times Square hosts the Gardener 10th portion of the exhibition (which originally opened in Los Angeles in 2009,) on the second floor atrium of the shopping center. Downstairs on the ground floor of the mall, Kindergardener, runs until December 26th.

The spray paint cans are askew at interesting tilted angles and are blowing out the word CRAZYX’MAS, letter by letter.

The work is friendly and appeals to all ages – a major success for a destination that attracts all kinds and serves as a transportation hub for the city. Michael Lau’s work may not be cheap, but the guy really delivers!