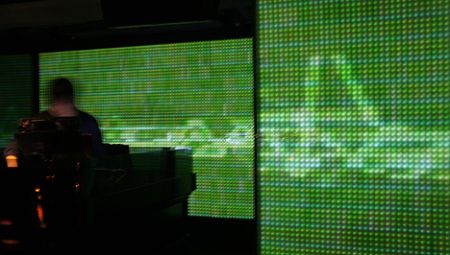 Over the holidays, the people behind popular club Volar, (and most recently, Lily & Bloom,) have been busy rechristening their space on Ice House Street in Central.

Formerly known as Roxie, the venue has underwent extensive renovation with changes both inside and out. Now called Fly, the club bears little resemblance to Roxie, which occupied the location for a little over a year.

Whereas Roxie had an intimate, antique-ish lounge feel, FLY is much more open and contemporary.

[photopress:Roxie_club_hong_kong_HK.jpg,full,pp_image] the interior of Roxie was more like a lounge

Though there were a few memorable parties at Roxie (including this one featuring Joel vs. Benji Madden,) the place just never enjoyed the popularity that the group’s other venues have experienced.

The seating areas inside have been completely redesigned, creating a greater amount of usable space. FLY’s interior is much more slick and modern than before, with walls of LED lights.

Older nightlife denizens might remember the original club Fly, opened by this same group around eight years ago. It was their first foray into the nightlife scene, and drew a sophisticated international Chinese crowd. Though it didn’t stay open for long, it provided a springboard for launching Volar, and subsequent venues such as Halo.

The site of the old club FLY occupied the first floor of a building on Lyndhurst Terrace (which is now a day spa).

Rather than a closed members club, as it was in its earlier incarnation, FLY aims to be more of a traditional nightlife venue. According to the press release, FLY will also strive to feature niche music and not commercial music, which is already widely available throughout the LKF neighborhood.

The front of FLY is still under construction, but includes several chairs and swings. The exterior is much brighter and warmer than the inside.

The difficult task ahead for FLY will be cultivating a unique crowd and not competing with the group’s other existing venues in the neighborhood.