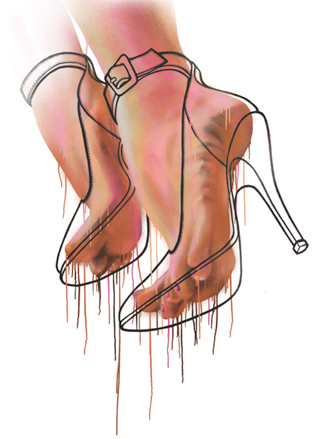 INSA’s art, which is often reminiscent of the fashion photography of Guy Bourdin, has been winning admirers, especially among those conversant in the language of edgier advertising campaigns.

A combination of sex appeal, style, and street cred, make his work both scintillating and marketable to a wide audience.