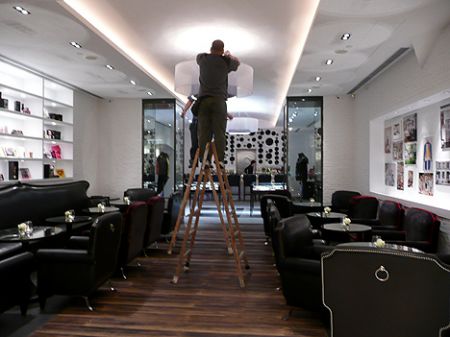 A few weeks ago, before it officially opened, I stopped by Brother & Sister, a new project by real-life brother and sister duo, Gilbert and Cindy Yeung. The combination boutique and cafe was still in the earliest stages of development, with not much yet on the shelves.

Located in the 1881 Heritage development, just opposite the Cultural Centre, Brother and Sister is at the very start of Canton Road. But don’t look for a large sign for Brother & Sister on the ground floor. One first needs to enter via the Emperor Jewellery flagship store, and then proceed down two escalators to the basement.

While most would think of this location deep inside Emperor Jewellery as a supreme disadvantage, I believe just the opposite – that Brother and Sister’s position within Emperor Jewellery is an immense strength. Here’s why…

Wealthy tourists from Mainland China are a main driver of luxury sales in Hong Kong. These consumers buy watches and jewelry in H.K. to avoid a duty on luxury items in China, as well as to be certain of the authenticity of the merchandise.

Emperor Jewelry is a trusted name in selling luxury watches and jewelry. Being located inside such a well-known purveyor of upscale brands is like giving the shopper a guarantee of the quality of the merchandise inside.

And this is essential because of the type of brands carried by Brother & Sister. Compared to the blue-chip names showcased by Emperor Jewellery, Brother & Sister highlights smaller, funkier, less conventional brands.

Taking the shop’s location into consideration, Brother and Sister is in a rare position to sell alternative luxury products to a crowd that wouldn’t intentionally enter a Justin Davis or Rock Candy store. They can reach a wider audience precisely because the customers will be initially drawn by the classic brands offered by Emperor.

In this sense, Brother and Sister provides an excellent opportunity to introduce specialty brands to well-heeled shoppers. The big question here is – do Mainland consumers only buy well-known luxury brands because they want others to recognize their status and give them face? Or will they consider purchasing items based on other factors such as style and design?