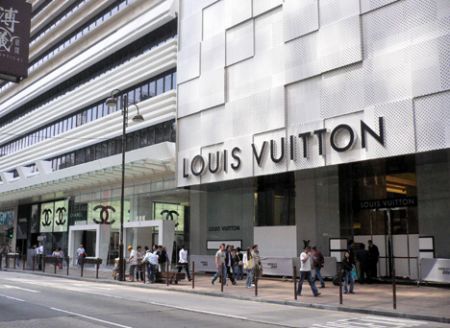 This week, Hong Kong is playing host to major events by Chanel and Louis Vuitton, two of the most venerable, coveted luxury brands around. Both of the events are on an international scale, drawing guests from around the world and costing tens of millions of dollars. So what’s the point?

These brands are no dummies – they go to where the consumers are. China, already an enormous market, represents the largest growth potential for luxury goods. Well-respected fashion houses are like oil prospectors looking to tap a new gusher. As China continues to claw its way up from a kind of industrial stage to a widening middle class, the potential spending power is gigantic. Paired with a cultural affinity for possessing luxury items, the future forecast for high-end brands is indeed sunny.

Major events like these drive home the point that China has arrived. Change is happening fast, as brands rush in to begin building a presence. Part of that presence is creating an image of the brand as the choice of movie stars and high-rollers. The media attention gained from a celebrity-filled event fuels brand awareness and perpetuates the lore by which luxury goods are peddled.

As the most affluent city in China and a major shopping destination for Mainland Chinese, Hong Kong is definitely benefiting from this newfound focus.

Wednesday night Chanel is holding a celebration for their Mobile Art tour, which is a major undertaking that I’ve written about here and here. The event is bringing fashion powerhouses and celebrities from all over the world to Hong Kong for the night.

The music for the event is provided by the famed Michel Gaubert, who is perhaps the top music director for fashion shows in the world. His soundtracks can be heard on runways from New York to London, Paris, Milan and beyond. He is joined by another illustrious Frenchman, Joakim, a top international d.j. and music producer.

Friday night Louis Vuitton celebrates the opening of their largest flagship store in the world. (That’s it pictured above on Canton Road in Tsim Sha Tsui.) The new LV store is so big it’s nearly half a block long and was difficult to photograph! The old LV store, just a few steps down the road is tiny by comparison and nearly always had a line out front!

The night is rumored to include a special performance by Grammy award winner Kanye West.

(Kanye performed a memorable concert in Hong Kong last year, and is set to return again in April with the Teriyaki Boyz, a group that includes Nigo of A Bathing Ape.)

At one time, star-studded events on this scale in Asia only happened in Japan. There is no question that the gaze of the conglomerates behind the luxury labels has shifted to China.