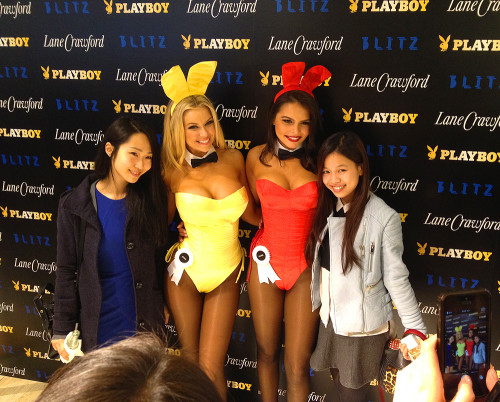 Over the years, Playboy has shifted away from its notoriety as an adult magazine and focused more on being a multifaceted brand. Although there’s been a huge shift in its place in society, it retains a certain cachet. There are very few brands that survive for sixty years – let alone manage to maintain as much status. To this day, their logo is instantly recognizable around the world. 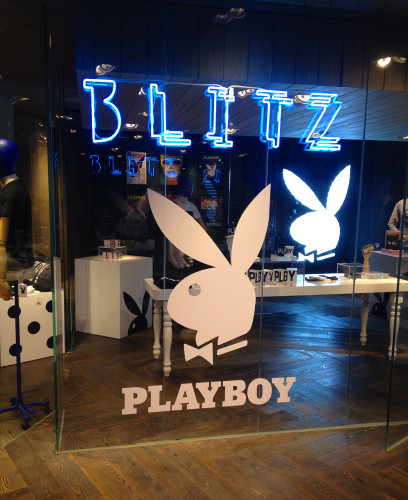 Lane Crawford’s “Blitz” space, which hosted the event, is typically used for pop-ups within the large fashion retailer. The Lane Crawford parties are known for tasty snacks and interesting drinks, and this night was no exception. The event featured an alcoholic marshmallow shake served in tiny glass bottles that was delicious!

The Zombettes, a girl DJ duo from Manila, played music as guests lined up for photos with the Playmates or stood around socializing.

It was interesting to note that the girls in attendance were enthusiastic and more likely to pose for photos with the two playmates, than were the guys. The general feeling associated with the brand seems to be fun, retro and sexy. 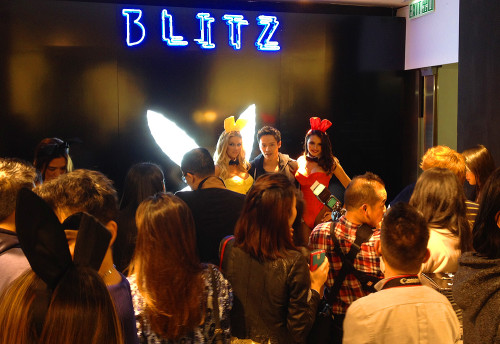 Playboy 60th anniversary merchandise was on display throughout the Blitz area of Lane Crawford and bunny ears were being given out to a select few.

The event lasted for the full two and a half hours, and for the rest of the night, Hong Kong’s social media was alive with Playboy photos – of the non-nude variety! 😉 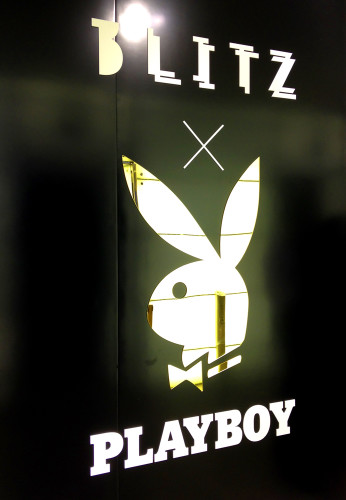 Tags from the story
featured