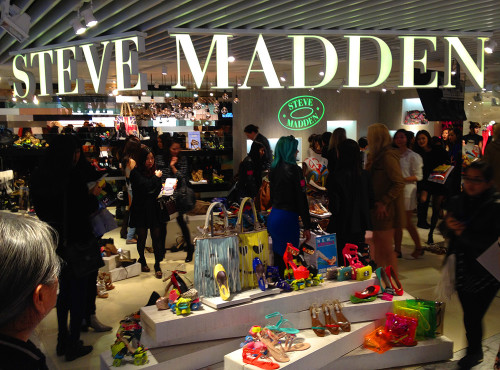 The fact that the Betsey Johnson x Steve Madden fashion show on Friday night was entertaining was somewhat of a surprise. In-store shows are often cramped and clumsy affairs, but this one, which took place around a square perimeter of boutiques in Central Building, actually succeeded in being charismatic and fun.

The mood set by the models is what made the event a standout. 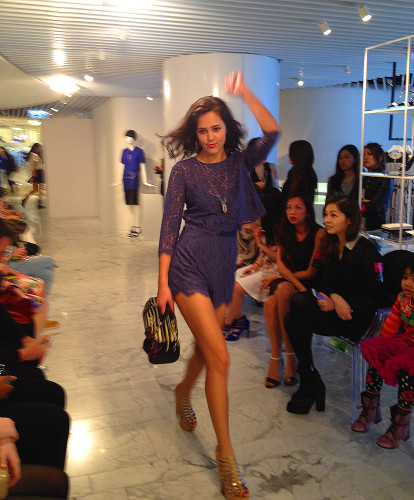 They gave life to the collection by enthusiastic walks that had them making exaggerated movements with a bouncy, upbeat quality. The mood was contagious and the crowd gathered around couldn’t help but be influenced. The show was perfectly cast as each girl exuded personality during their walk.

We didn’t shoot much footage, but here’s a short clip from the fashion show’s finale.

Tags from the story
featured