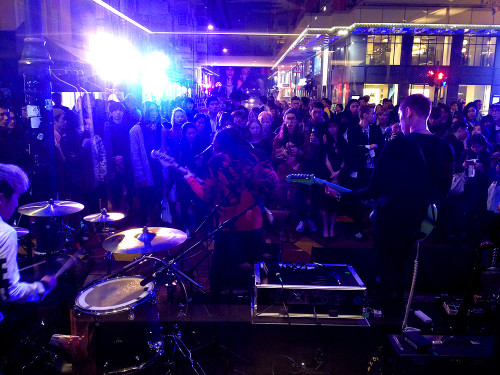 The Alexander McQueen McQ store opening on Wednesday night treated Causeway Bay shoppers to a free live performance. Hong Kong band, “The Yours“ played a short, but rocking set directly on the sidewalk of Paterson Street.

The event took over the middle of the block as guests gathered outside the shop, eating snacks and indulging in special drinks. 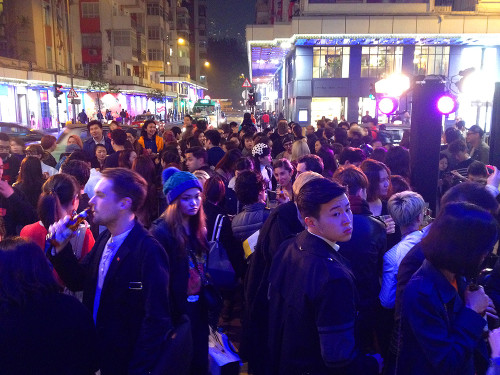 The neighborhood’s many shoppers stopped and watched as fashion folk socialized and took part in the festivities. The inside of the store was crowded as well, with attendees looking through the merchandise. 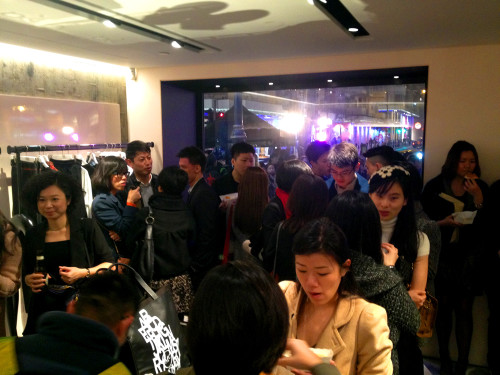 The latest McQ menswear line features spider webs and other brash designs on items such as dress shirts and sweatshirts. 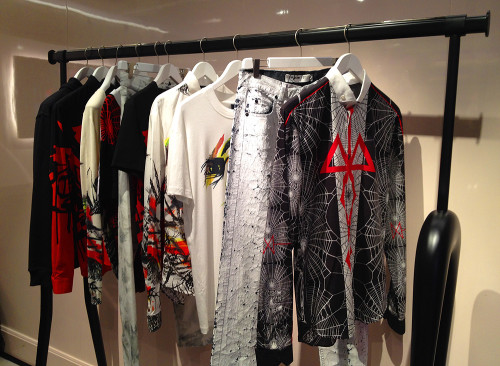 The Yours band members were outfitted in the new MCQ collection, which typically draws inspiration from music and youth culture. 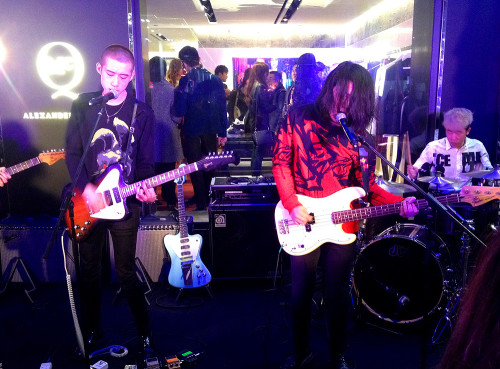 The new store is located in the heart of Causeway Bay, in an area dominated by fashion brands managed by Hong Kong’s I.T Group. 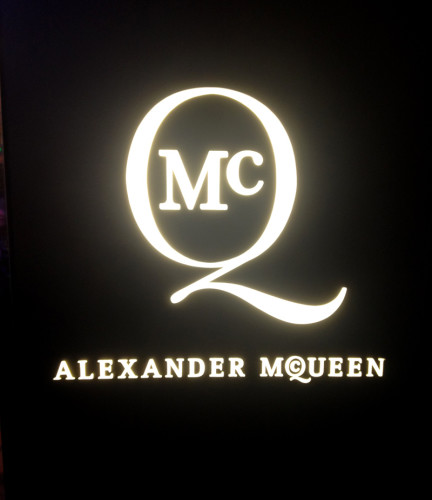 played a short, but rocking set directly on the sidewalk of Paterson Street." />