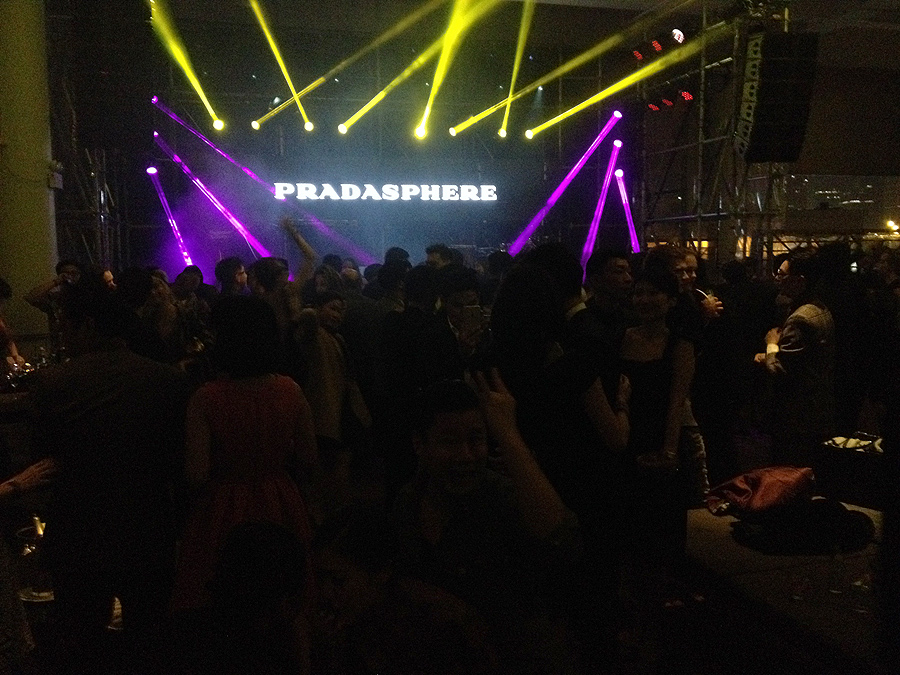 The Pradasphere Hong Kong opening featured a live performance by Pop star Lorde, and gave guests flashbacks of the old days when brands threw massive, champagne-soaked parties in the city.

Pradasphere is essentially a pop-up museum of the Prada brand perched atop the Lamma Island Ferry Pier. The large exhibition features a wide assortment of pieces from the Prada vaults and traces the development of the brand. 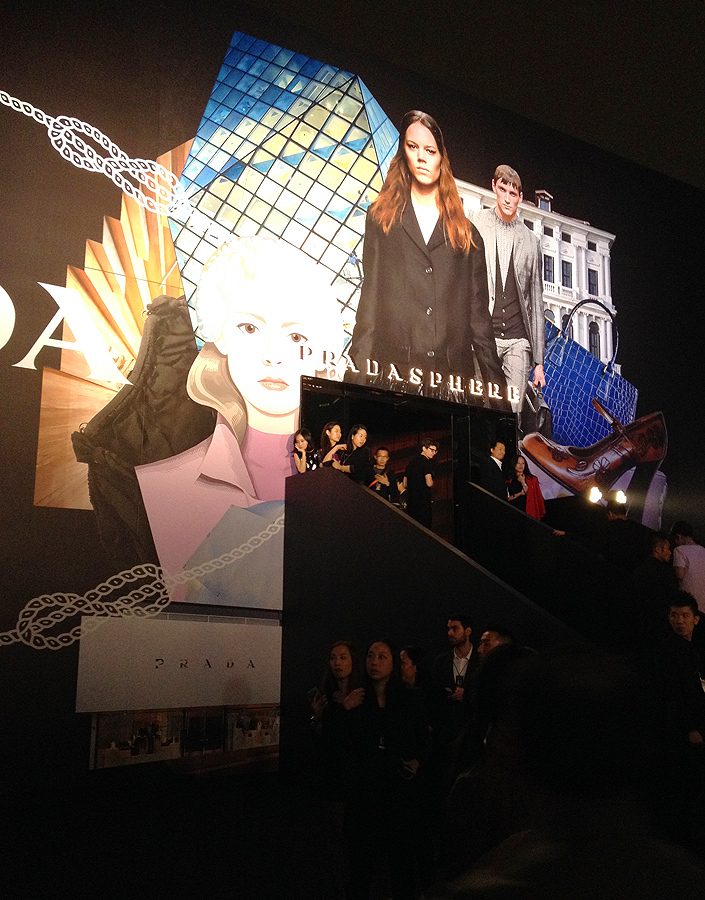 Walk up a flight of steps and you enter into a Prada-themed world with rows of exhibition cases and multi-media displays. 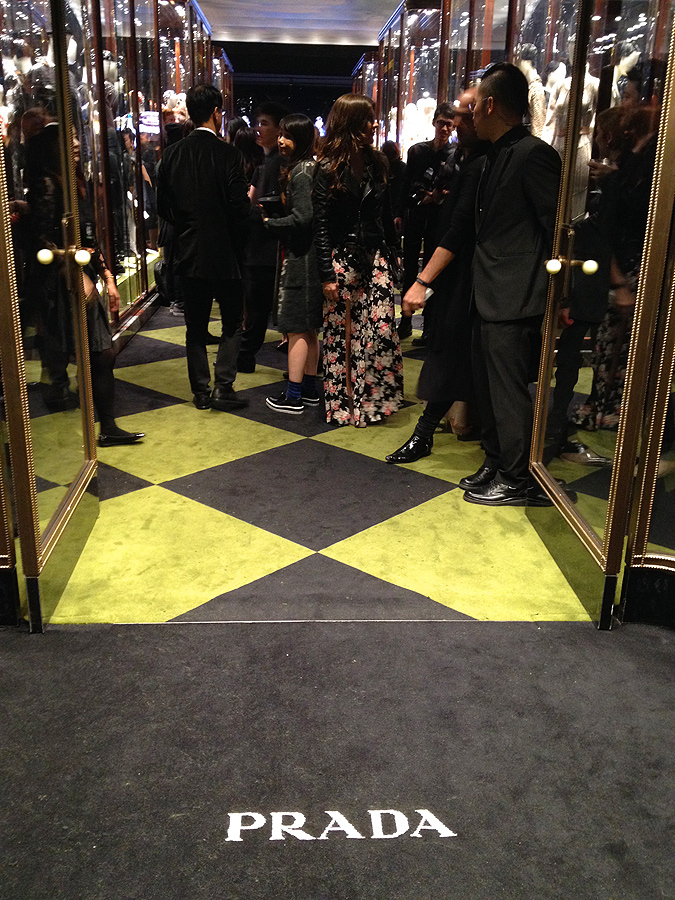 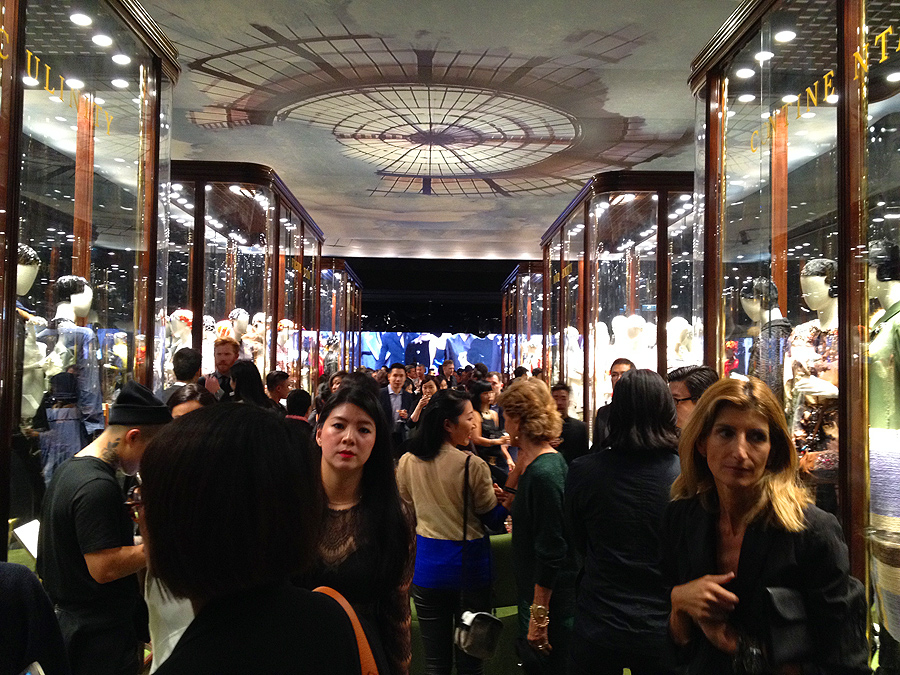 Fans of the brand will be delighted by the sheer number of pieces on display. Aficionados of bags and shoes will be able to spot rare works that represent milestones in the designer’s collections. 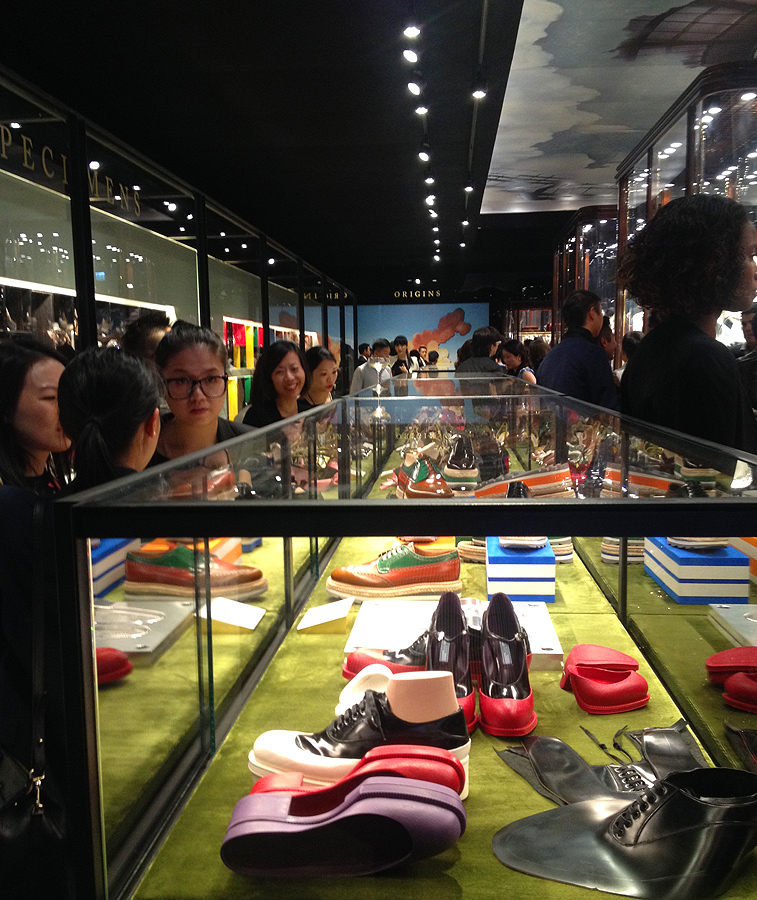 Pradasphere is filled with items by the esteemed label in addition to inspirations in art, film, and design. 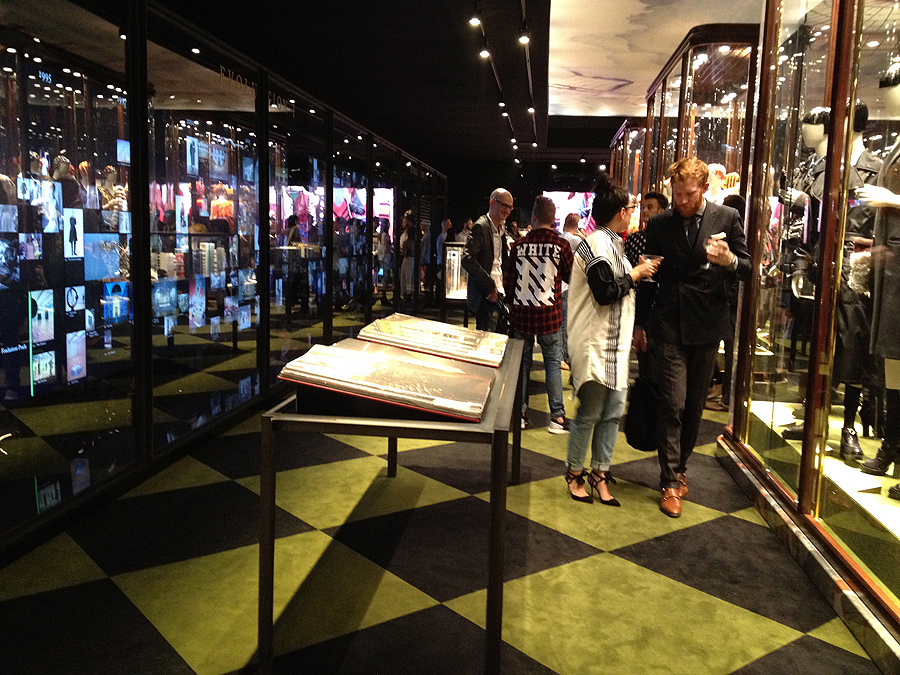 The exhibition has echoes of Chanel Mobile Art, which debuted in Hong Kong in 2008, before traveling to several other cities around the world. That project, which featured a temporary structure by Zaha Hadid, and was presided over by Karl Lagerfeld, was similarly constructed on the rooftop of a building in Central.

After spending time viewing the exhibition, guests at the opening made their way down to a lower floor which featured a huge party space complete with food, multiple bars, and a concert area with stage. The large party room was the ideal size for the number of guests attending. The space was crowded throughout, but never at a complete standstill. 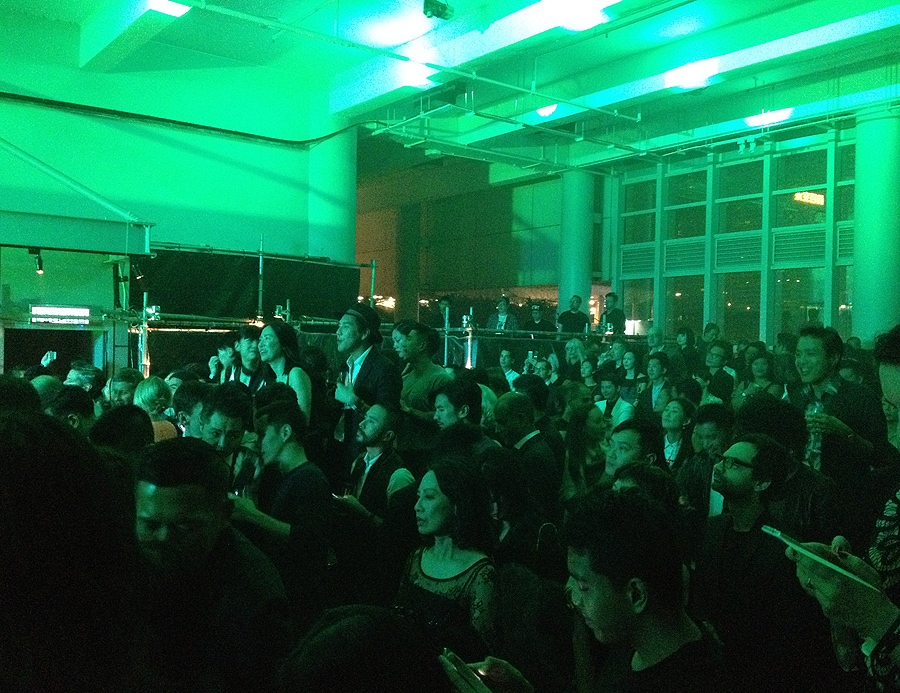 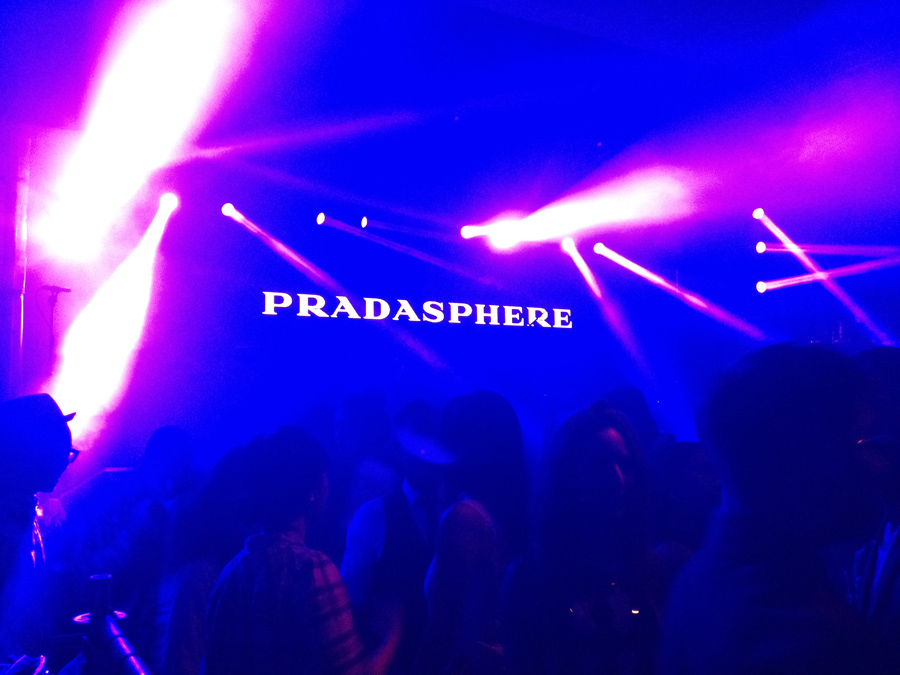 Music for much of the night was provided by Paris-based DJ, Mimi Xu, aka Misty Rabbit, who is a favorite of international fashion brands. She played an eclectic set that dug deeper than the typical range you normally hear at Hong Kong fashion fetes. 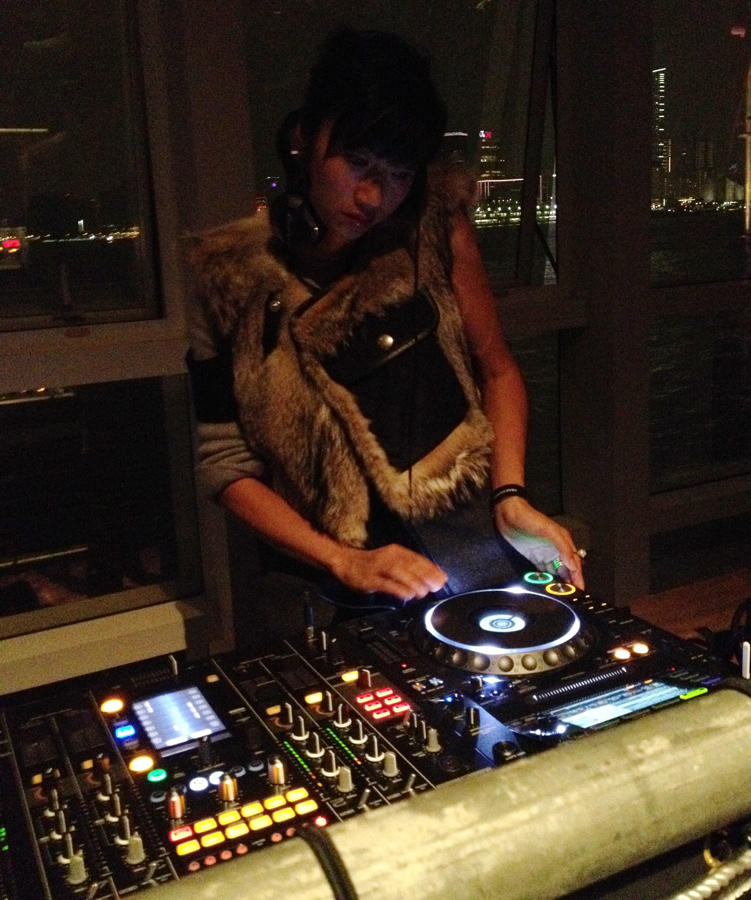 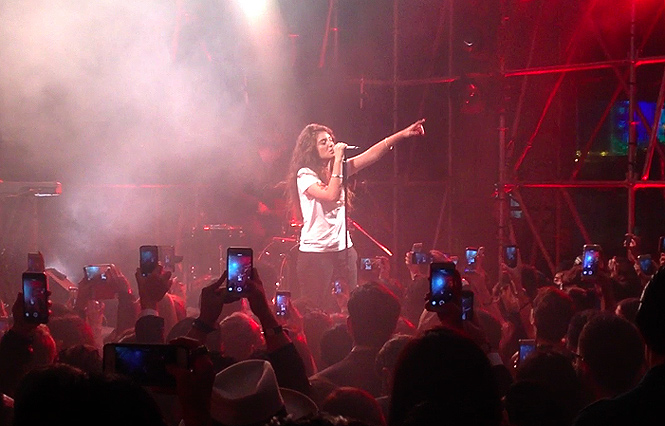 There was huge anticipation for the live performance by Lorde, and the young singer did not disappoint, playing a long set and performing both her popular hits as well as new material.

Her voice and stage presence were both on the mark, and she won over the crowd, adding new fans to her flock. 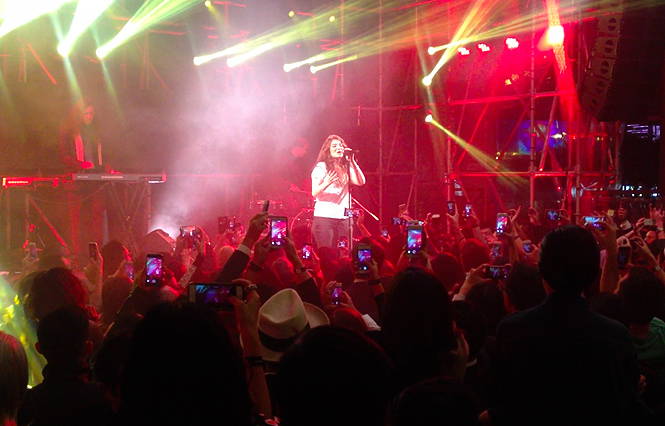 Though a portion of the crowd exited after the performance, a large number of guests stayed behind, proving that Hong Kong is still up for partying when brands create a unique environment – even on a school night!

Pradasphere is free, and open to the public from now until December 5th.

Free!
Open daily, noon til 7pm, except for Sunday, open til 6pm 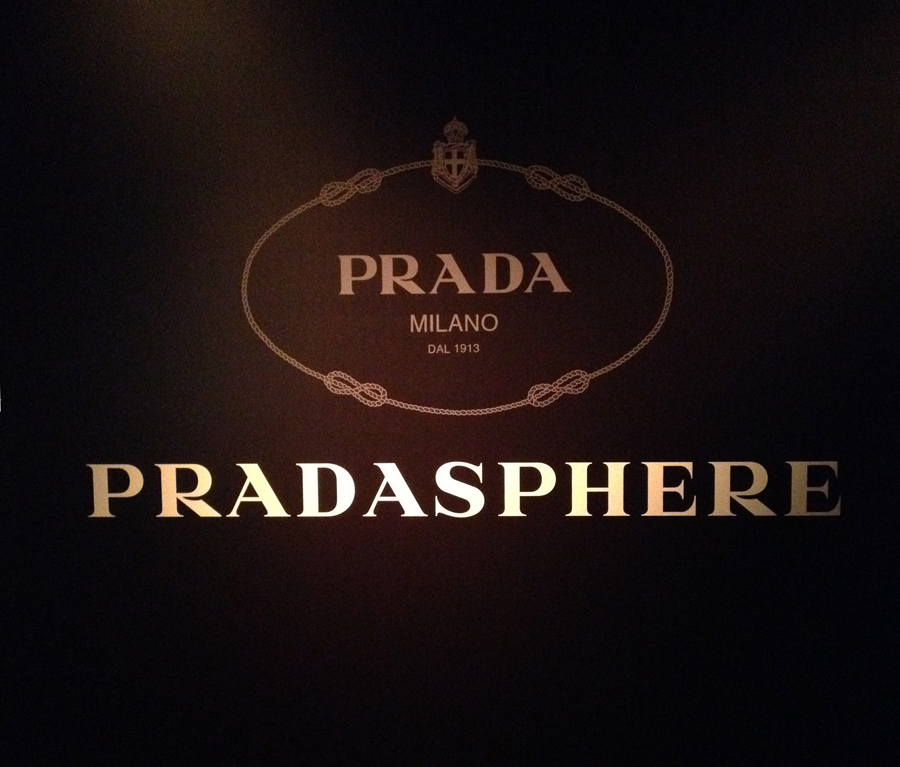