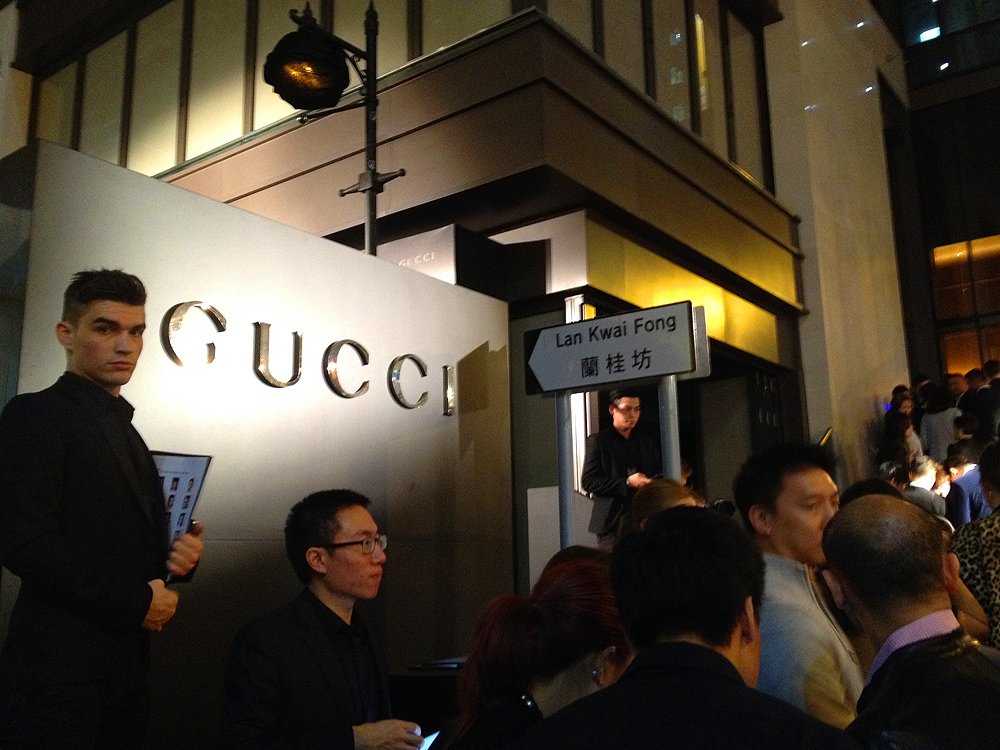 As guests filed into Lan Kwai Fong’s newest landmark and took the elevators up to the eighth floor, they were greeted by rows of waiters offering champagne, followed by a medium-sized open room with dance-floor and DJ.

The eighth and ninth party floors had a similar layout, except that one had a larger bar and a wrap-around balcony. The ceilings in California Tower are noticeably higher than the Hong Kong norm, which made the venue seem spacious even when it was packed.

The event, which began at ten pm, was already crowded by ten-thirty. 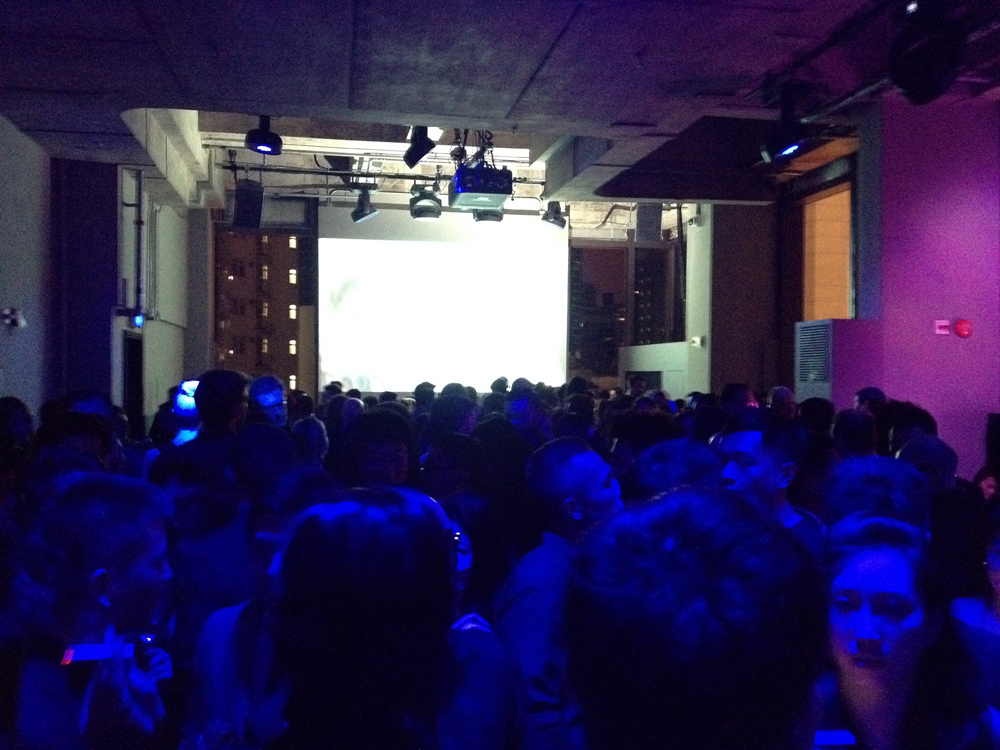 In addition to champagne and other drinks, there was a special cocktail with flowers in it to coincide with the floral theme. 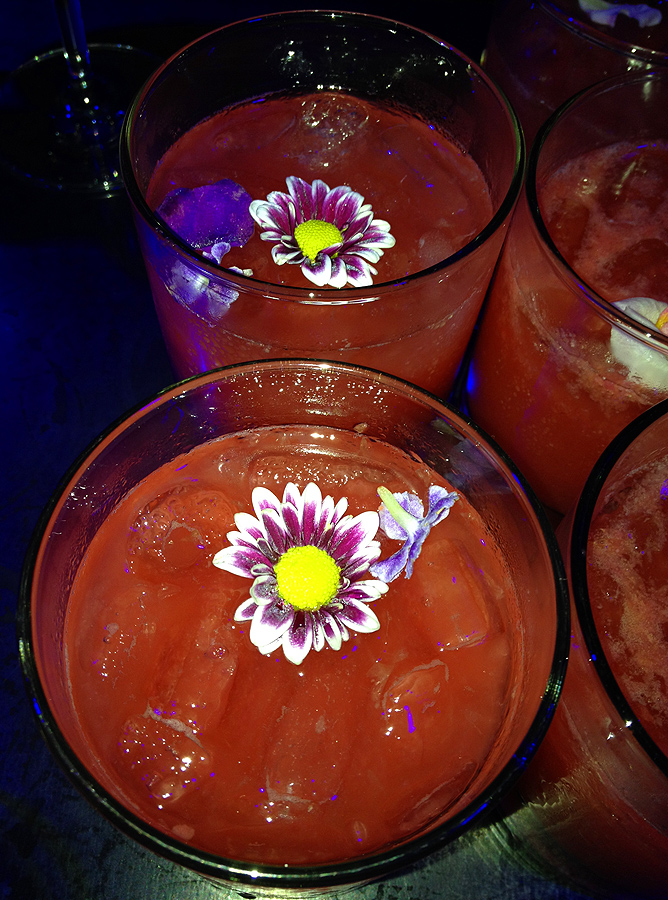 The Flora Knight party celebrated the collaboration between Gucci and Canadian painter Kris Knight. Gucci creative director Frida Giannini was influenced by the artist’s portraits and commissioned him to do a reinterpretation of Gucci’s classic floral print. 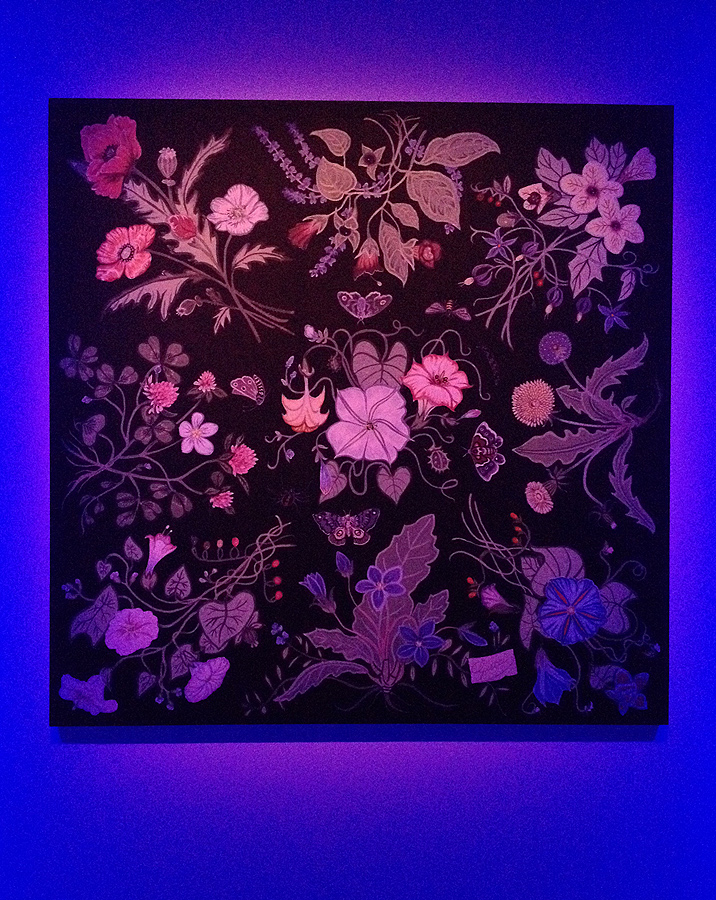 Throughout the venue, backdrops and video screens featured the print in various forms. 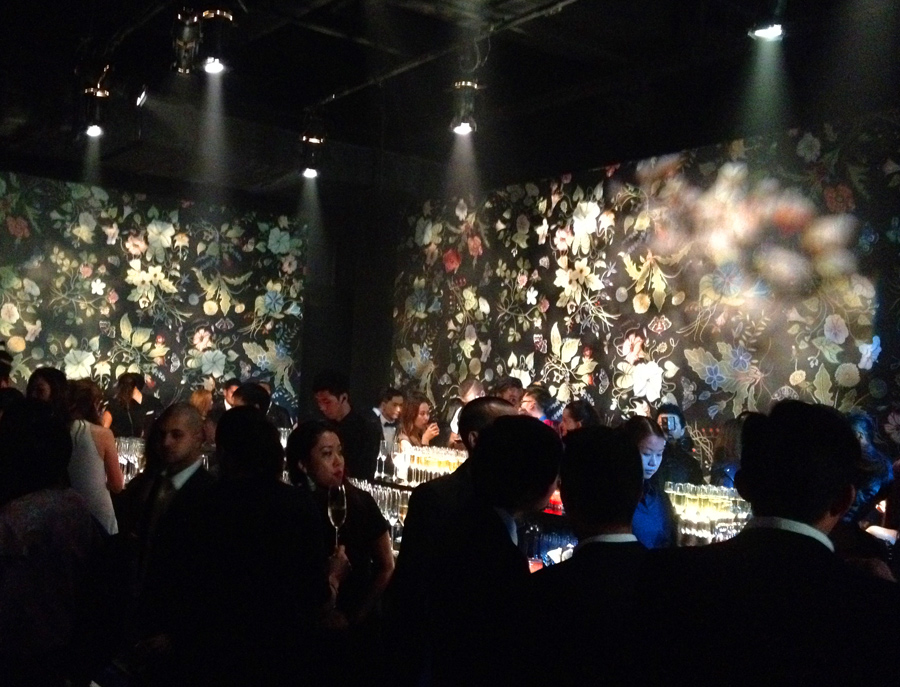 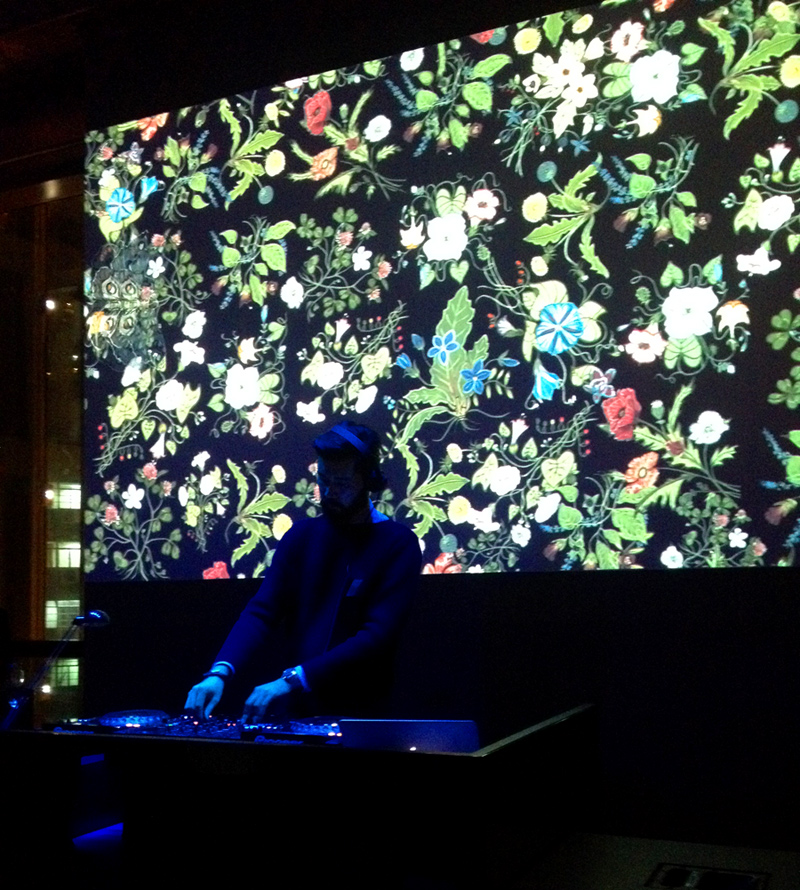 On the seventh floor, which was initially reserved for VIPs, there were several works by the painter hanging along the walls. 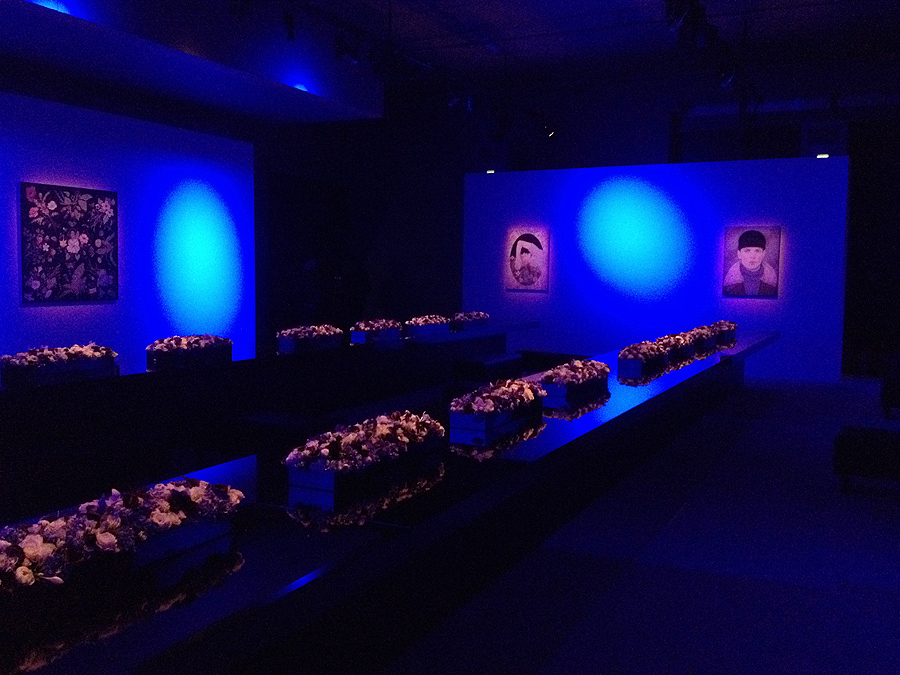 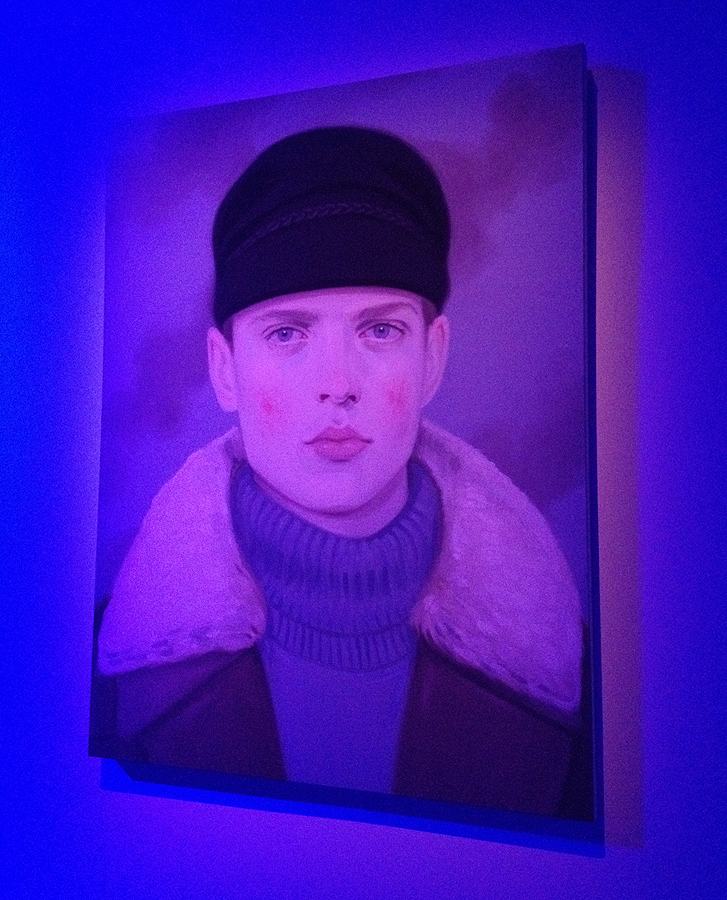 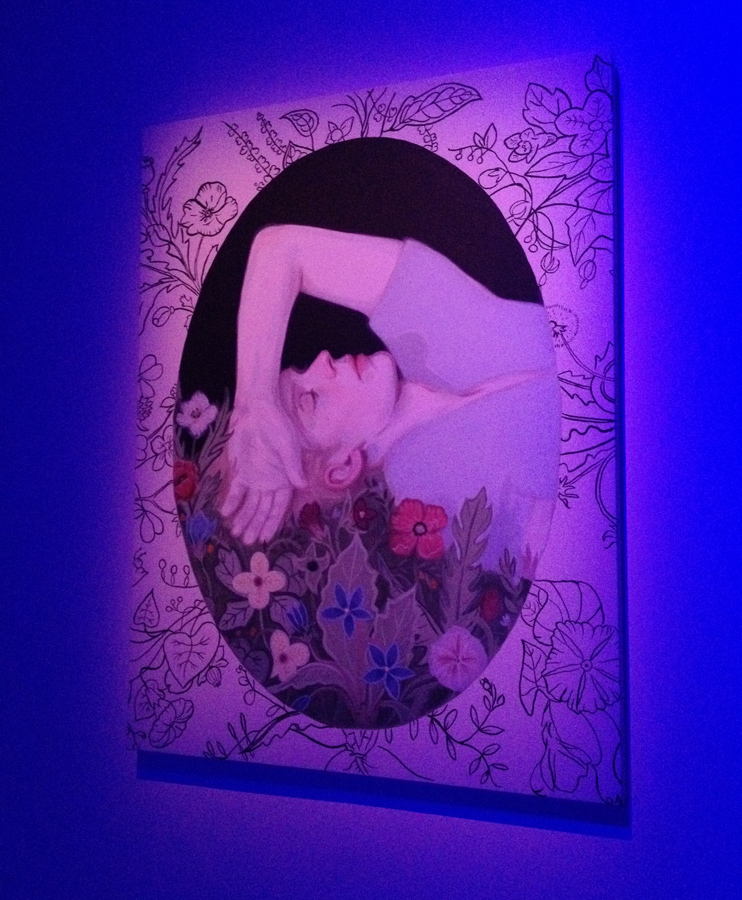 The party was well-attended, bringing out a large number of fashion insiders, who hung out on the balcony, and socialized throughout the event.

The ground floor of California Tower has a serious bank of elevators, and despite the sudden crush of people, they were successfully able to whisk attendees up to the target floors quickly. (Elevators are typically the achilles heel of high-rise nightlife establishments. If not managed properly, they become almost a deterrent to visiting.)

For a nostalgic look back at Lan Kwai Fong’s original California Tower, have a look at our post:
“Saying Farewell to California.”

The Gucci team did a good job of branding the space and there were Gucci logos located in strategic spots throughout the venue. 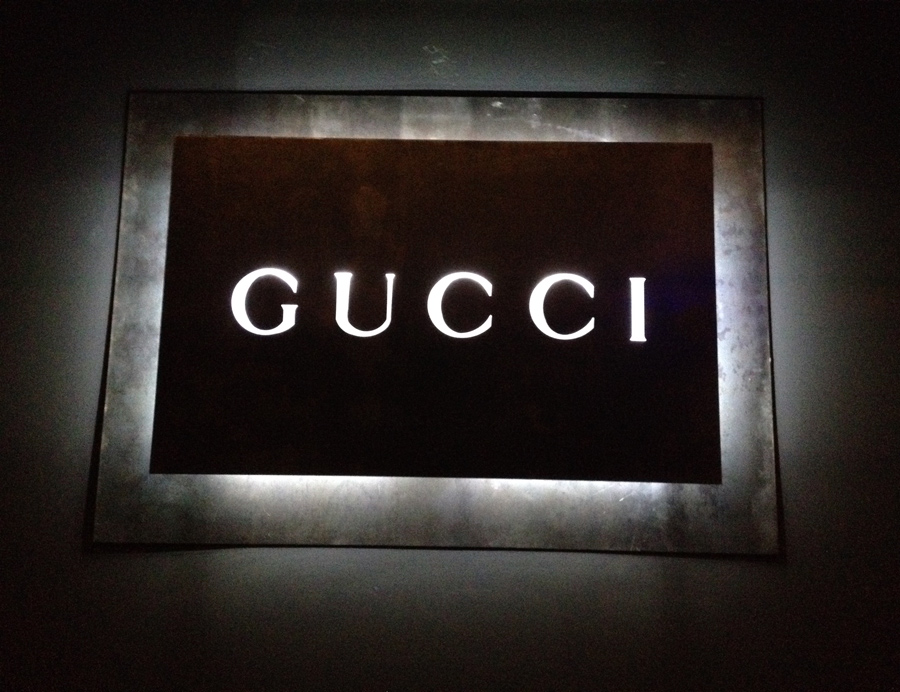 The only missing ingredient of the night was a featured performer, which, rumor has it, was due to a last minute cancellation. The fact that the venue was split into several floors would have made a large draw on a single level difficult to orchestrate anyway.