Before the action started, the three pioneersÂ signed posters and greeted guests. Youngsters got in on the autograph session, getting their boards signed by the trio.

Held at Yardbird in Sheung Wan, the Sunday afternoon event included a jam session with Tony Alva and Ray Barbee, along with Vans’ exec Mitch on drums!

The scene outside the venue was almost like a block-party, with veteranÂ skaters and their families in attendance.

For old school skaters this was a dream come true, as each of the three special guests madeÂ importantÂ contributions to the direction (and popularity) of skateboarding in the 70’s, 80’s and 90’s. 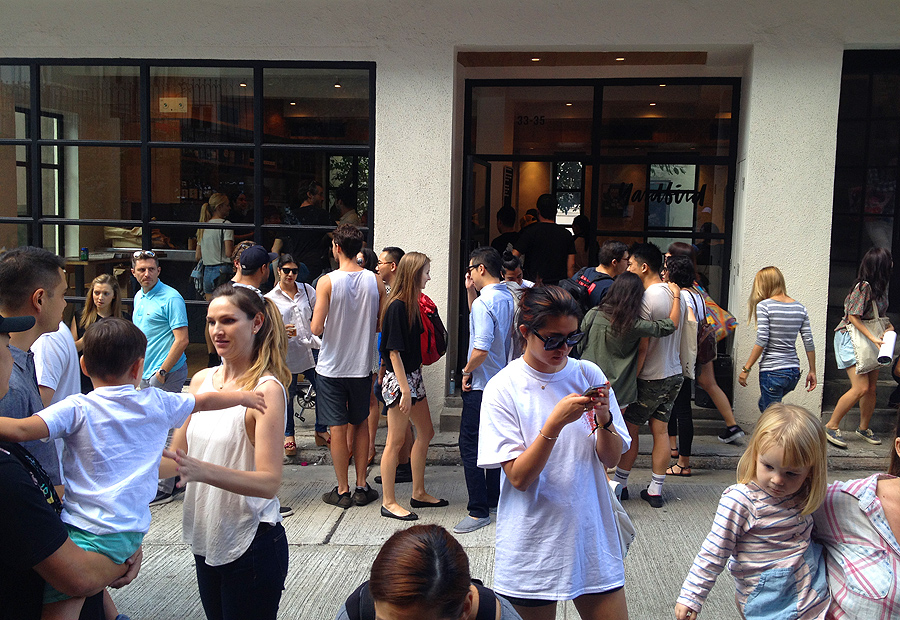 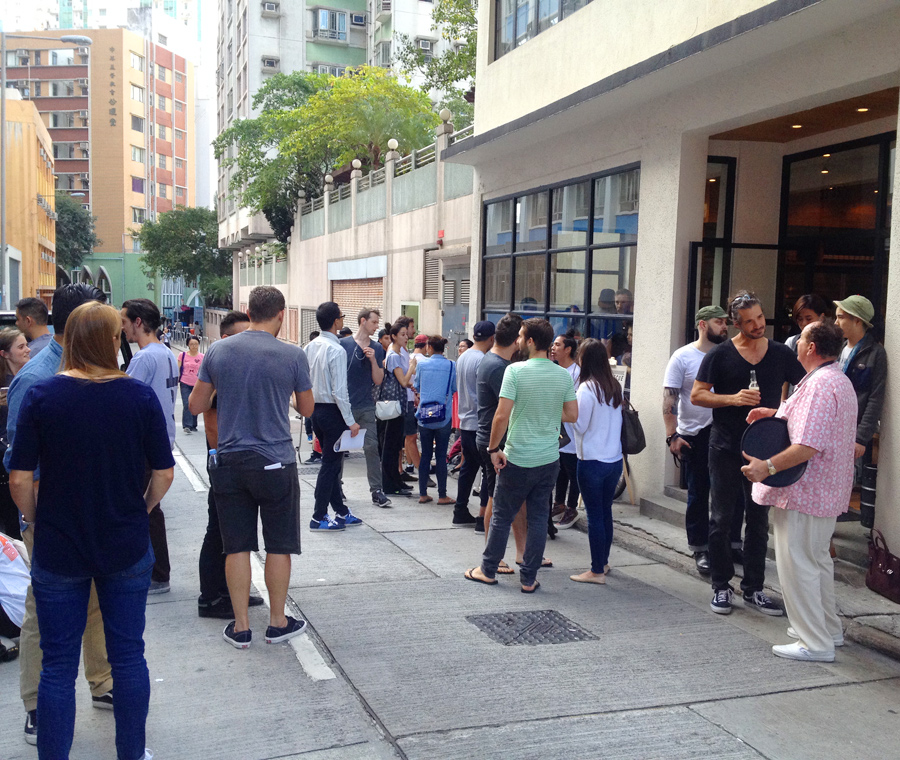 After snacking on chicken burgers, onion rings and interesting drinks upstairs, guests packed into the basement to hear the live music.

And we do mean, literally packed! 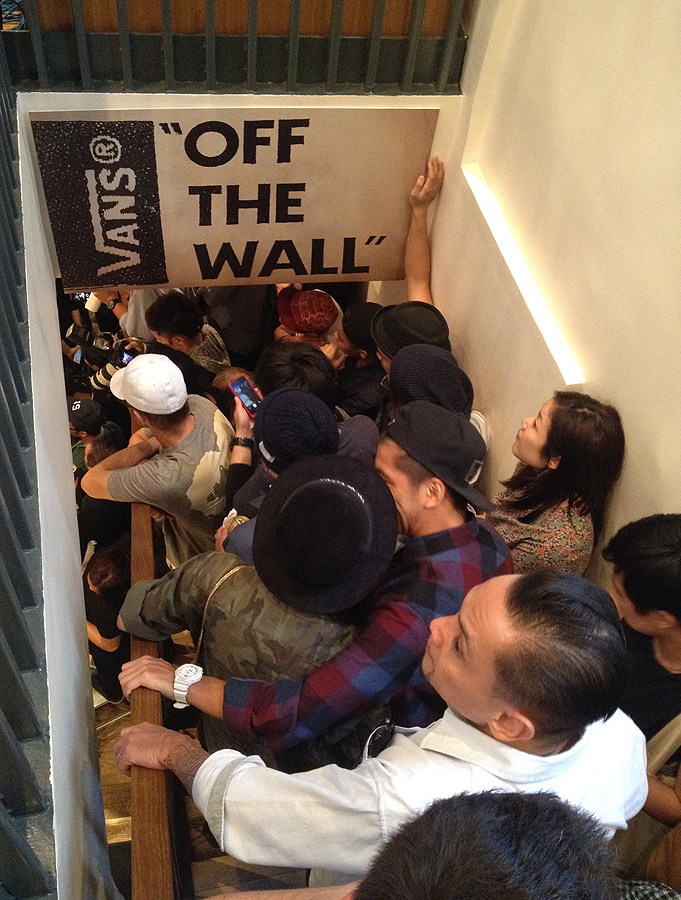 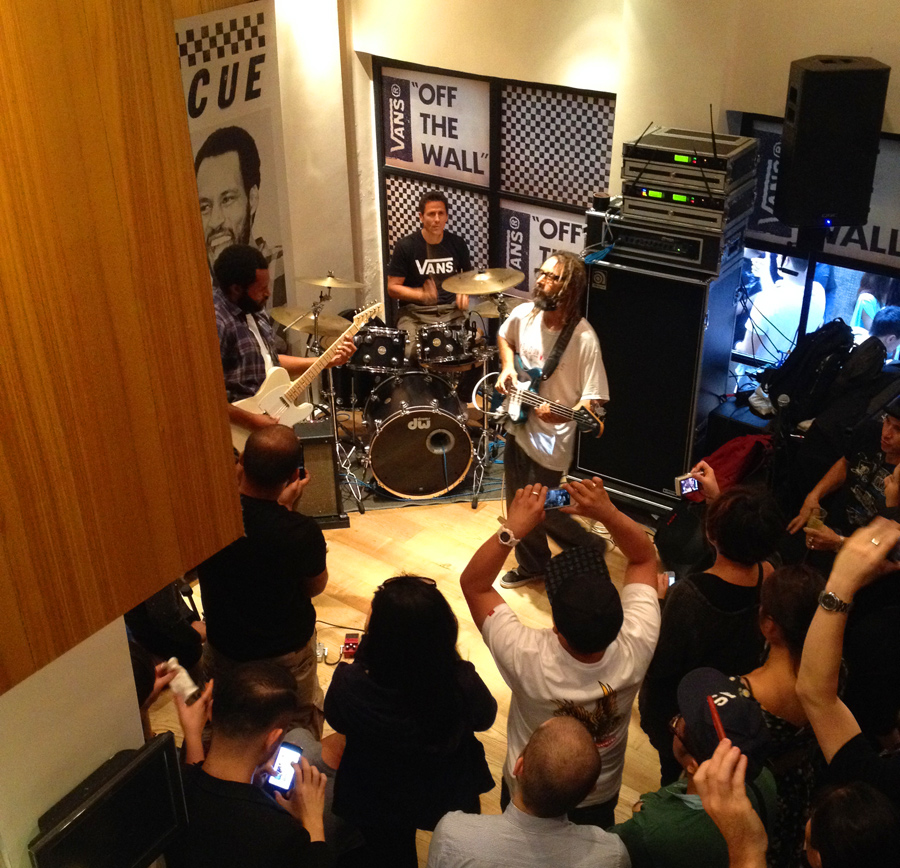 Because the three skaters represent differentÂ generations of skateboarding, a wide variety of individualsÂ from Hong Kong’s skate community turned up.

Tony Alva was an innovator, entrepreneur, and provocateur from the early days of skateboarding. His career was vividlyÂ captured in the film “Dogtown and Z-Boys”.

Christian Hosoi was a rockstar of the 80’s skate scene who was an idol to kids of the time, with his flair, hair, and aerial skills. Ray Barbee was an innovator with loads of finesse, who helped to popularize the transition to street skating from vert.

With a packedÂ schedule of events throughout the year, Vans has risen quickly to become a powerhouse brand in the region. They have gone from relative obscurity, to the point where counterfeiters are attempting to create knock-offs of their shoes – a surefire sign that they’ve made it.

In Hong Kong, theirÂ constant flow of events has allowed them to maintainÂ a high profile both in the media and among trendy consumers around town.