Off-White, the new label by Virgil Abloh, opened a store on Paterson Street in Causeway Bay last week. What makes the shop immediately intriguing is its entrance.

The boutique, like many of the surrounding stores, is a partnership with Hong Kong’s fashion powerhouse, IT. The Off-White store is an immediate standout however due to its tropical entranceway. 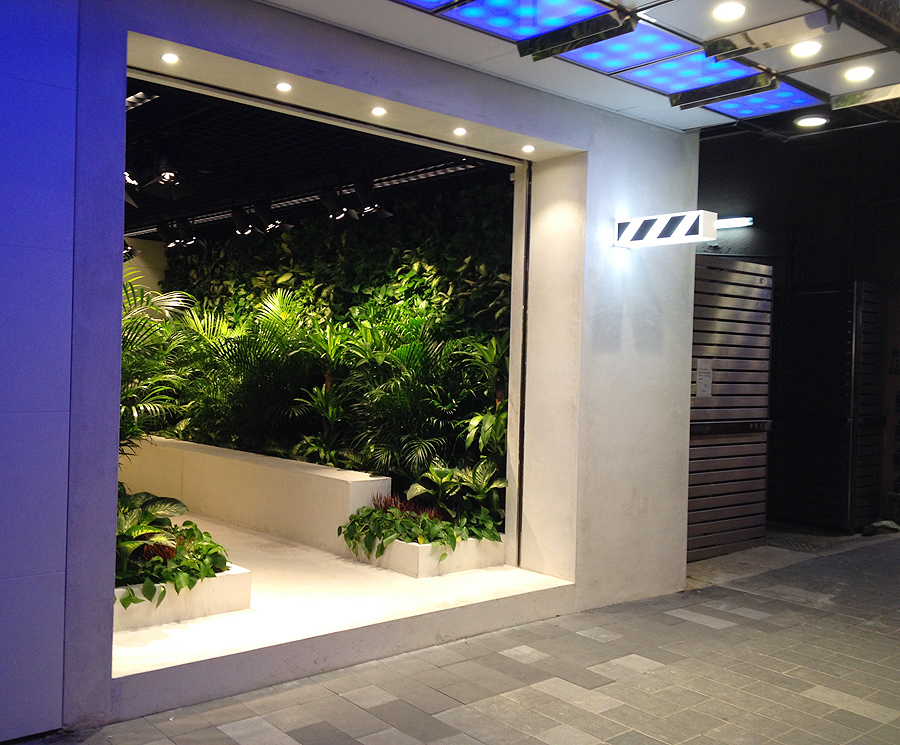 Before entering into the shop, customers must walk through a path surrounded by dense plants on either side.

In contrast to its more refined neighbors, it makes for a striking look, and catches the attention of passerby. The facade also creates a sense of curiosity – what lies after the jungle?

Once inside, the space is sparse and somewhat raw. It’s actually smaller than other units on the block, which include names like McQ by Alexander McQueen. With the interior coated in an off-white paint, the racks of clothing standout, especially the more colorful pieces.

Virgil Abloh - the man behind Off-White

Aside from his role providing creative direction for Kanye West, Virgil Abloh has a track record in new-school streetwear. Prior to founding Off-White, he contributed to brands such as Hood By Air and Been Trill, besides producing his own label, Pyrex Vision.

If you’re already familiar with Abloh’s Pyrex Vision collection, the new brand seems like a continuation, offering similar looks and ideas. (Perhaps the root of Off-White is a name change due to a trademark issue?)

As the worlds of high-fashion and streetwear continue to collide and intertwine, I.T has been betting heavily on of-the-moment brands like Off-White. For example, they recently devoted a window to Hood By Air at their Causeway Bay flagship store.

The danger of fashion’s reliance on graphic design

One negative of the new emphasis on simple graphics over complex techniques in both streetwear and high fashion, is the pace at which items get copied.

Over the last few years, fashion has been inundated with new brands that get built up in the echo-chamber of fashion blogs, social media, and celebrity marketing campaigns, but lack deeper sophistication in materials, cut, and manufacturing. While the new designs have energy and are less elite, they leave themselves at risk of being immediately imitated.

As social media outlets like Instagram spread fashion at a remarkable pace, today’s brands don’t stand a chance to develop or soak in before they are massively copied.

For example, if you do a quick search on Taobao for Hood By Air, or Pigalle, it reveals the ease at which factories can crank out similar styles and offer them at a fraction of the cost.

Without immediate global distribution, young labels cannot reap the benefits of the buzz they are creating.

Off-White, in partnering with I.T, is getting their designs out to consumers in the region while the paint is still wet. 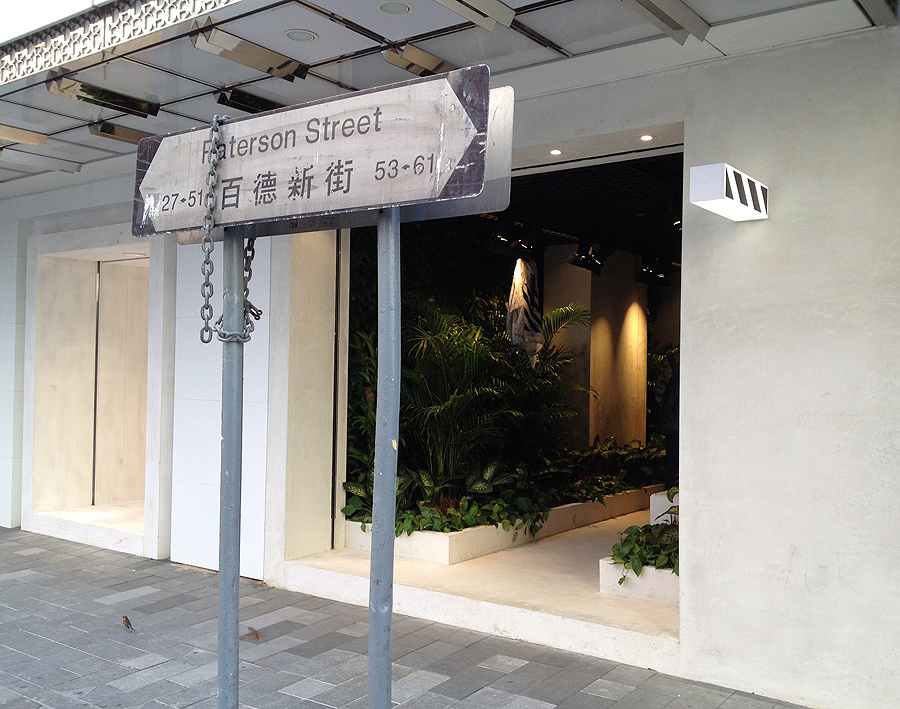 Off-White, the new label by Virgil Abloh, opened a store on Paterson Street in Causeway Bay last week. What makes the shop intriguing is its entrance." />