At the climax of Converse Rubber Tracks – Hong Kong, the lead singer of Trash Talk hung upside down from the ceiling and belted out a song.

The H.K. leg of the Asia tour took place in mid-November at D2 Place, a former industrial building deep in the heart of Kowloon. The large event highlighted the sounds and attitude of Punk, Hardcore, and Metal – Rock genres that rarely get a chance to be heard outside of small circles in the city.

The turnout was strong, with a crowd that was a perfect fit for Converse’s indie branding. Standing anywhere in the room you could literally rub shoulders with legends in the city’s band scene, or catch them nodding their heads to the beat.

In normally shy Hong Kong, there was even an enthusiastic crowd who participated throughout the night. The line-up included local bands DIV, Maniac, and Qiu Hong, as well as Trash Talk from the U.S.. 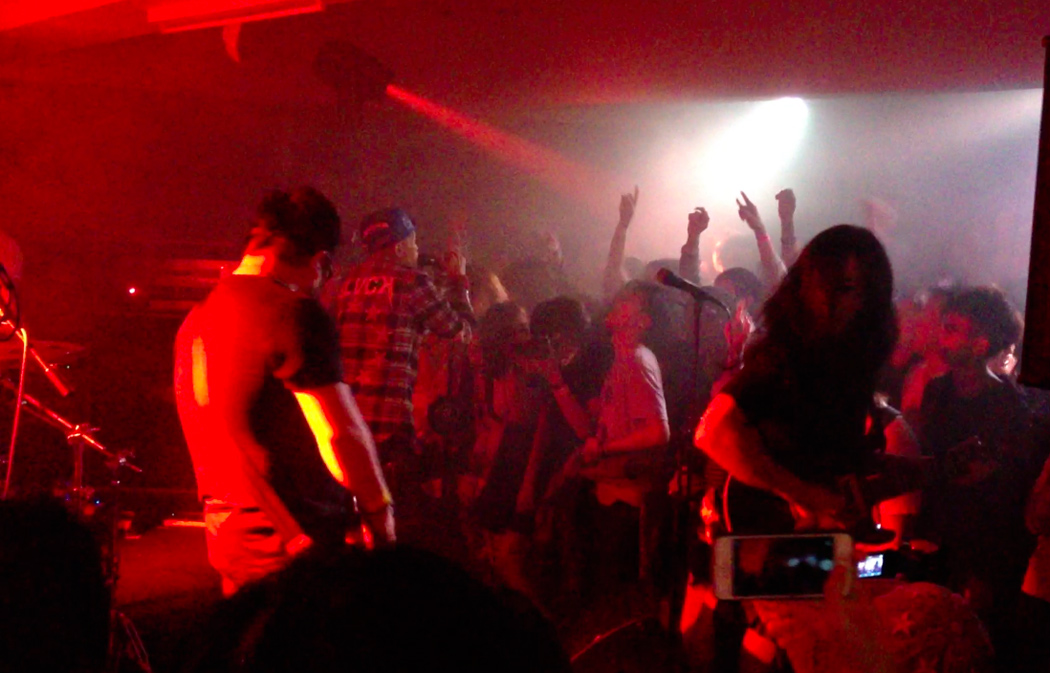 Though few in the audience may have understood the lyrics, the bands transmitted their energy to everyone in the room. Despite the wild, aggressive nature of the music, the vibe was friendly, and there was a relaxed, fun atmosphere. 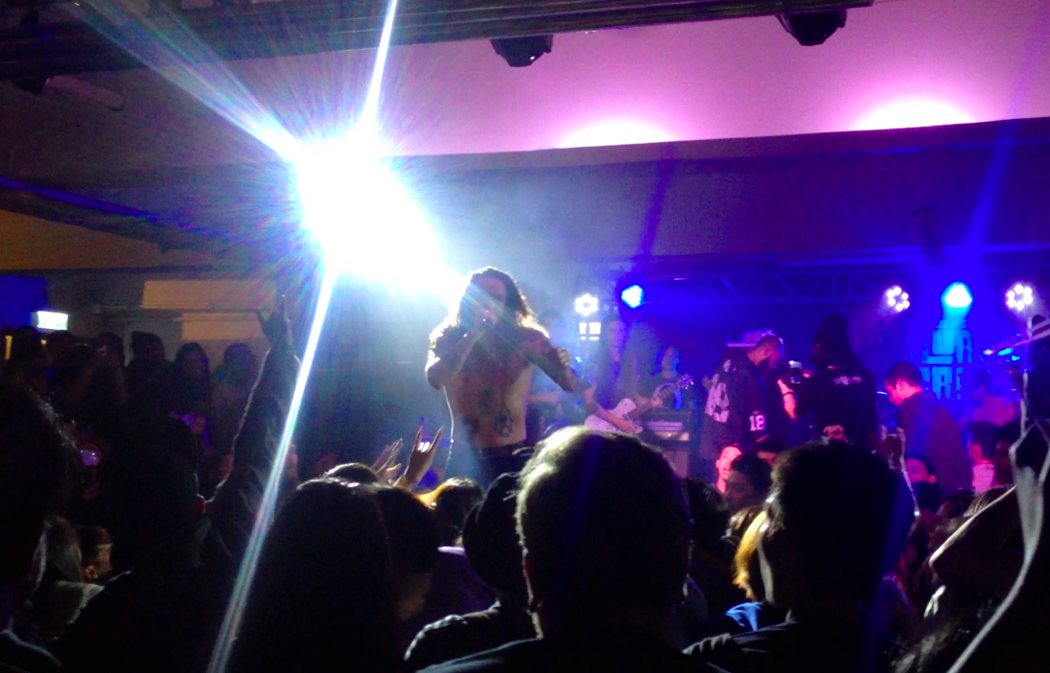 Converse had no difficulty filling up the cavernous space with influential locals in Hong Kong’s fashion and music scenes. 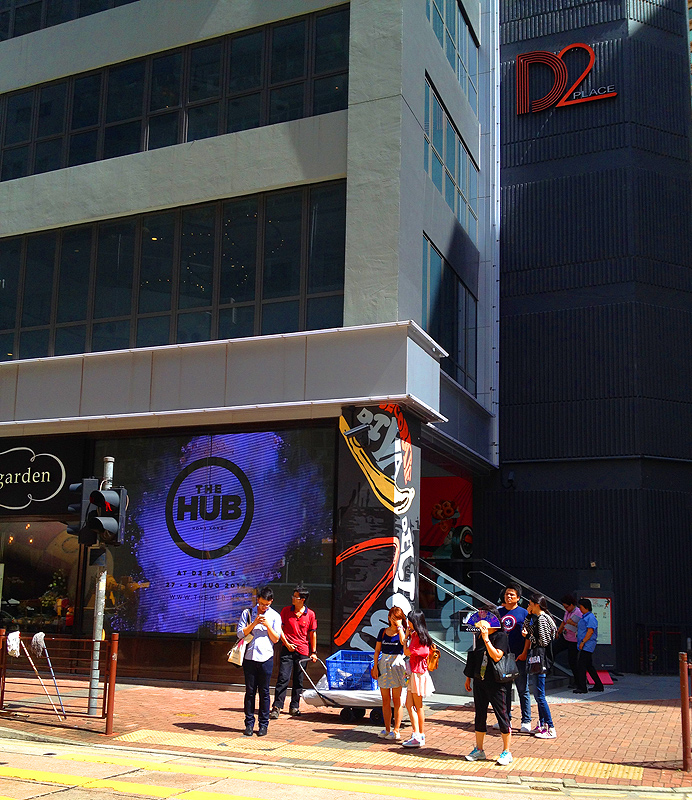 The venue, which is part of the Fashion Farm Foundation, is large by Hong Kong standards, and located directly outside the Lai Chi Kok MTR station. It was recently the site of fashion trade show, The Hub.

D2 Place has a large rooftop that makes it one of the more interesting new venues in Kowloon.

This may be the deepest into Kowloon that any brand has ventured, apart from the rare events in Clearwater Bay, or Kwun Tong. Expect to see more things happening here, as there are few spaces of this size and type available in the city.

The Converse Rubber Tracks event is a reminder that Central’s crowd has become less and less important for brands. The younger, Instagram-savvy talents paving new paths in the city (and participating in the international fashion zeitgeist,) are no longer just the offspring of Hong Kong’s most connected families.

Instagram has, in one way*, leveled the playing field and given creative image crafters the same opportunities to reach audiences world-wide as trained professionals. If anything, the young talents have even proved more adept at manufacturing a presence than the city’s earlier image machines.

This newer generation are not afraid to try new spaces, and don’t have a deep commitment to Central as the nucleus of fashion or fun. Many of them were too young to have experienced the previous scene and have no need of the social rules that older generations followed (such as don’t hold a party on Kowloon side.) 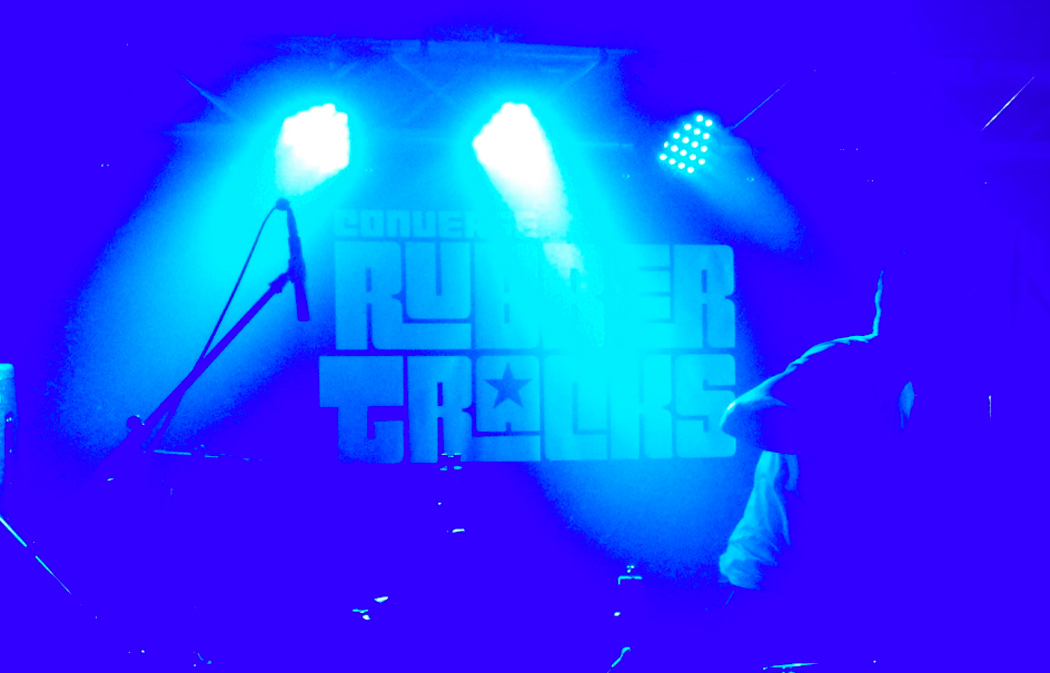 While Converse clearly understands the importance of music and knows how to tap the energy and attitude it conveys, other brands in the city still don’t get it.

This issue comes up again and again and it has numerous negative consequences.

The root of the problem in Hong Kong is that people tend to divorce fashion from the culture it is derived from – they simply embrace the look, without realizing what it stands for. (This may be why local designers periodically get in trouble over creating Nazi-inspired clothing lines.)

Similarly, and equally frustrating, in H.K., music for events is often chosen by the “look” of the band or DJ, rather than their music. This can be disastrous, as incorrect music conveys the wrong message and image for the brand.

For example, fashion shows by elite labels that play lowest common denominator Pop music make the brand seem cheap and unsophisticated. In music, as in fashion, international brands are supposed to be leaders – not followers.

While a model-turned-DJ might look the part, their music might not be a good fit. (The essential quality is after all, music, not appearance!)

A recent high-profile event that should have been a contender for party-of-the-year, instead fizzled early and saw crowds leave due to poor music selection.

Local teams at luxury brands are particularly bad at making decisions regarding music. Unfortunately, PR companies (who are often responsible for putting together a package including entertainment,) can be awful at choosing music too, and when the brand outsources this important aspect to them it can jeopardize an otherwise perfect event.

(*There are also many negatives about Instagram as well. Social media’s shift towards a strictly image-based method for evaluating things is deeply flawed. The old metaphor, “Don’t judge a book by its cover” has never rang truer. For example, a great looking cupcake with 10,000 ‘likes’ could be a truly average tasting cupcake. Similarly, a DJ with great photos and tens of thousands of followers could be terrible at playing music! Therefore relying on Instagram followers or ‘Likes’ as a key metric can be deeply flawed and misleading.} 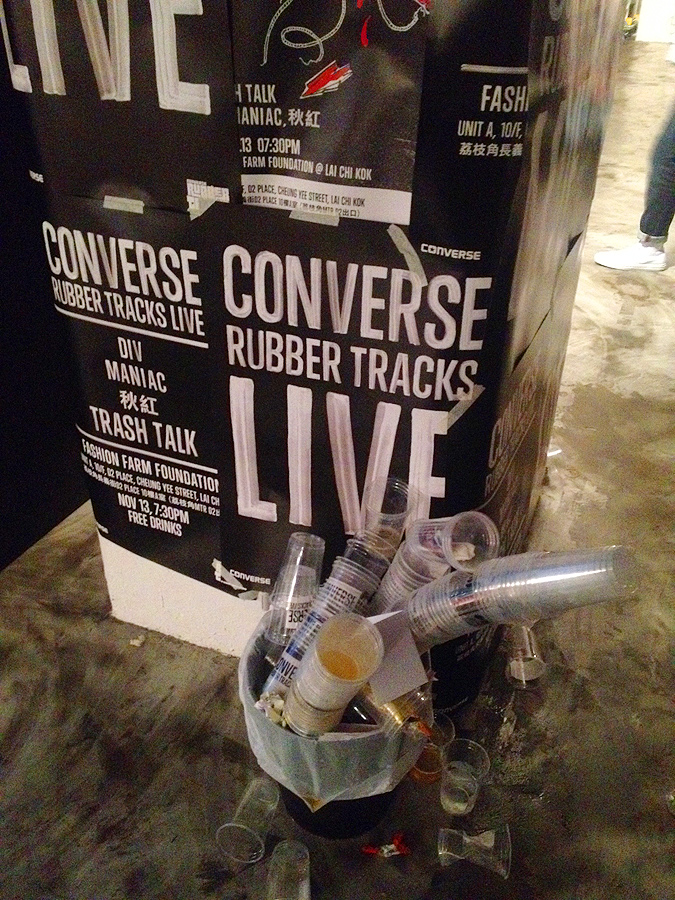