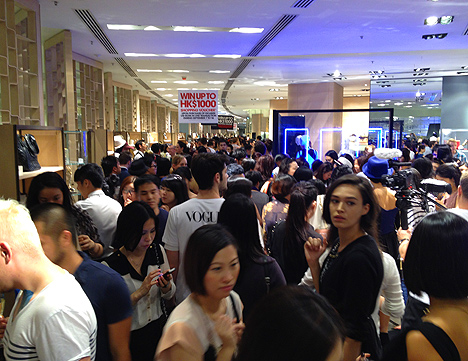 Vogue found themselves an ideal partner in Lane Crawford. The uber-international retailer can boast a calendar of events featuring names in contemporary fashion that few can equal.

Hong Kong Hustle has chronicled many of Lane Crawford’s most successful soirÃ©es. For a few insights, have a look back at their Opening Ceremony, Create & Inspire, and 160th anniversary events.

It’s no exaggeration to say that they’ve helped boost the cosmopolitan reputation of the city. The best Lane Crawford events are a six-ring circus that dazzle on many different levels. Fashion’s Night Out was no exception, bringing together interesting fashion, food, music, art, drinks, and people!

Though FNO took place throughout multiple Lane Crawford locations, their ifc flagship was the epicenter of the celebration.

Walking around the space, certain areas of the store were much more crowded than usual. The lengthy women’s shoe section for example, was packed, as guests entered the event and lined up at one of several customization bars.

Temporary tattoos were very popular with the guests and you could find groups of people queing up throughout the night to get one. 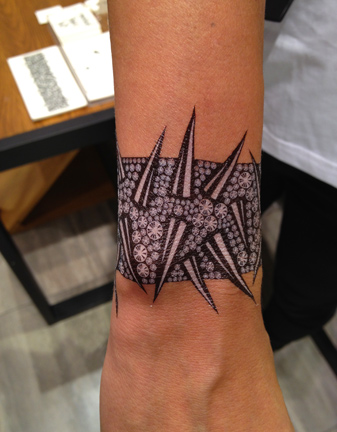 As usual, the snacks and drinks were tasty. Old favorites such as cotton candy and mini-burgers were joined with newcomers like the bite-sized pastries from Petite Amanda. 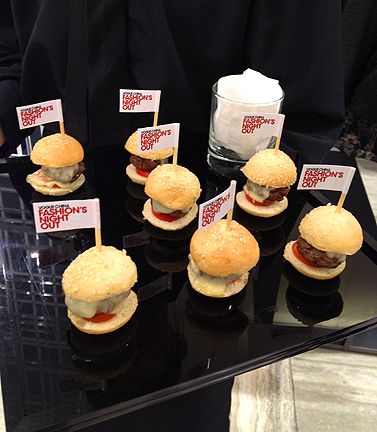 With so much tucked away in different sections of the store, the night would have benefitted from a map. (It’s fun exploring and chancing upon hotspots, but it would be a shame to miss out on any of the fun.)

In addition to the other activities and attractions, attendees spent time checking out displays by special guest curators. These included a section by Vogue China’s own Grace Lam, as well as blogger / stylist Han Huo Huo.

In certain places it was so packed that it was actually hard to determine what was going on.

One notable segment was Zana Bayne’s leather accessories booth, which was prominently placed along the main passageway of the store. 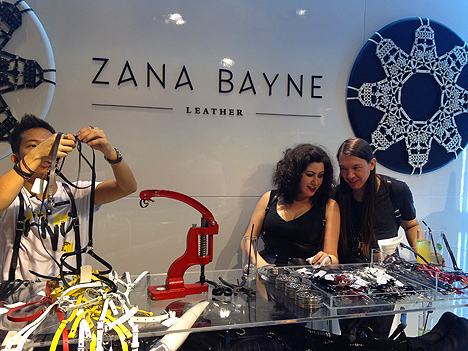 The station allowed guests to customize their own leather harness alongside the designer, utilizing an array of studs and embellishments.

Another standout was the paper-cut portraits and artwork of Shoko Tsuchida. 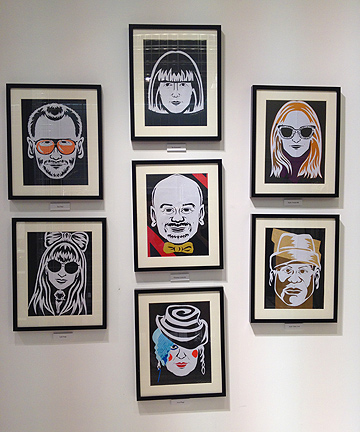 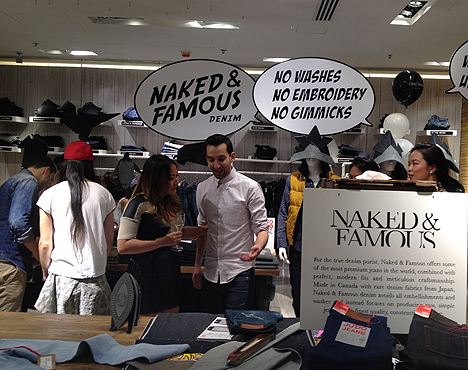 The special limited-edition Fashion’s Night Out shirts were being snatched up from a glass enclosure in a sort of shop-within-a-shop locale. The space generated long lines for the charity t-shirts throughout the night. 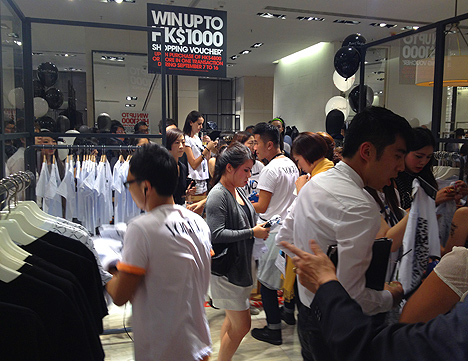 Celebrities, models, and individuals in various shades of fashion consciousness made their way through the aisles and periodically paused to take photos.

The night brought forth a smaller than usual set of fashion oddities. Perhaps they attended day-time events and were tired? Or maybe there were so many people it was difficult to spot them? Either way, previous Lane Crawford events have drawn more attendees dressed in outlandish attire.

How to make FNO even better next year?

A few potential improvements came to mind. Fashion’s Night Out Hong Kong should have its own website, booklet, or app, and the information should be publicized well in advance. Descriptions of the events should be decided upon and delivered to the public earlier to garner higher attendance and allow people to plan ahead.

Though it’s convenient (and easier to manage) holding it all under one roof, in keeping with the origins of the event, Hong Kong’s FNO would benefit from a wider participation of shops. It would be worth extending the event to the indie boutiques who battle the city’s high rents and could use the increased foot traffic.

For a first time event, Hong Kong’s Fashion’s Night Out was a major success, and one that we hope will be repeated next year, bigger and better! 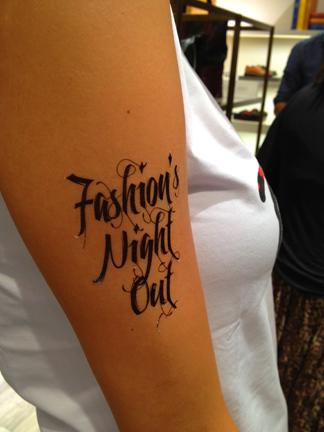