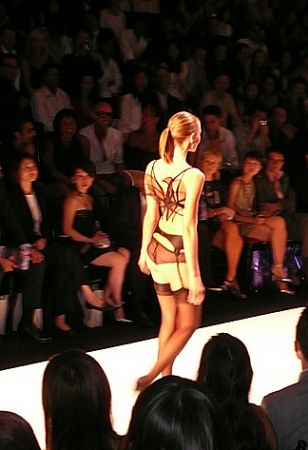 Last year they built a large stage in the middle of Central to hold the multi-day event. This year they opted for the Four Seasons ballroom as their venue. MasterCard seems to be specifically campaigning to be associated with fashion. If Visa branded itself as the official card of the Olympics, MasterCard is pushing itself here as the official card of fashion. As part of their promotional campaign they even decorated a tram!

Wednesday night I headed over to the La Perla show at around ten. Fashion shows tend to always start late, especially when it’s the last show of the day. Before entering the ballroom, the reception area was packed with people. The space couldn’t accommodate a major show and after-party, but for a medium sized event, the Four Seasons was a good fit.

Entering the ballroom, two large sets of bleachers were erected facing a standard-sized runway. The show began with a MasterCard commercial. (Hey, why not, they’re the lead sponsor!) 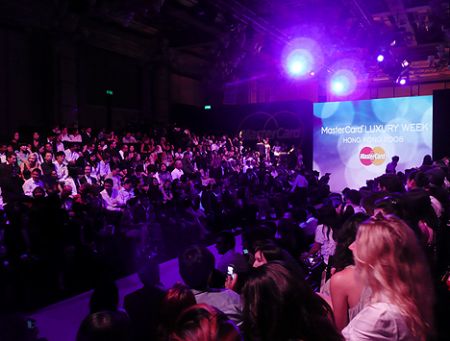 The lights dimmed, then music started pumping and a girl strutted out, kicking off the show.

La Perla, an Italian brand, is famous for their elegant lingerie and beach wear. The collection shown was consistent with their reputation. Local favorite, model Cara G. was featured, in addition to mostly foreign models. 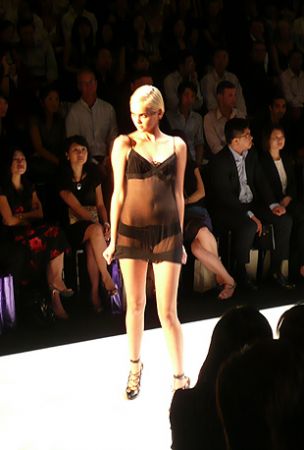 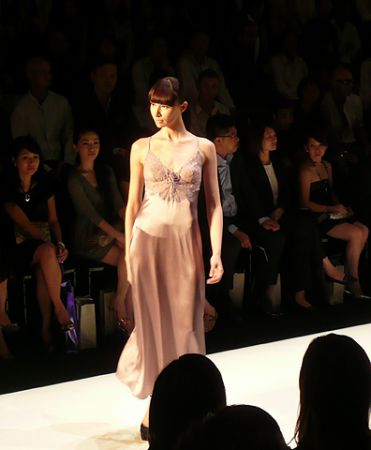 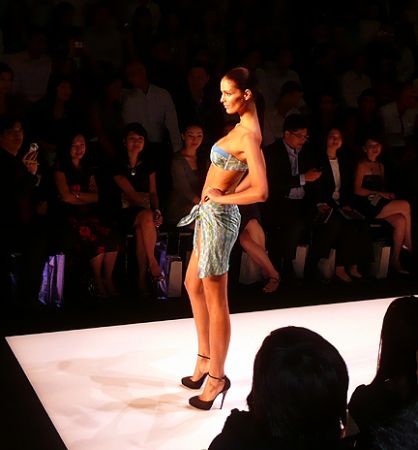 Appraising the line, I liked the fanciful touches on several of the pieces, especially the bat-wings (shown at top.) The design is creative and fun, which is what fashion should be.

Check out the finale of the La Perla show below!

The La Perla brand is available in two boutiques located in popular shopping centers, in addition to Lane Crawford stores.