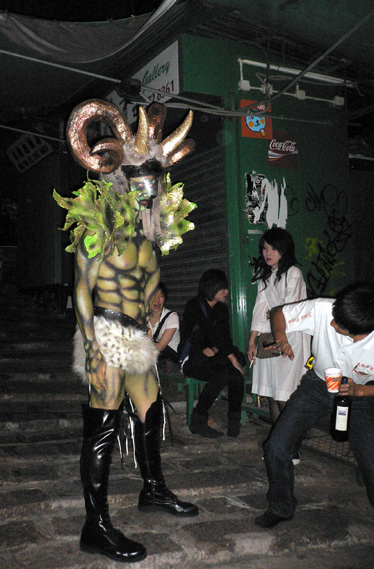 Halloween seems to be getting bigger and bigger each year in Hong Kong. Because it fell on a Tuesday this year, the bars and clubs celebrated all weekend long with people dressing in costume. 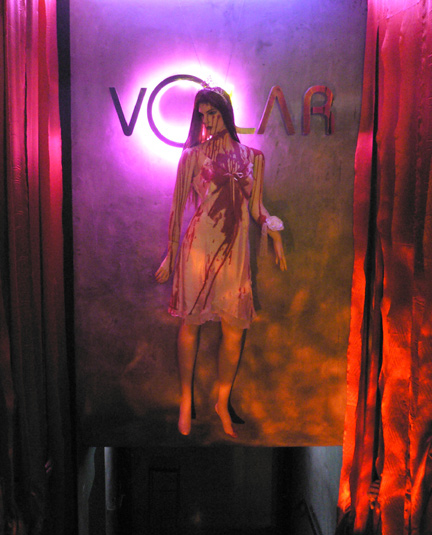 Volar, one of the top clubs in Hong Kong went all out on decorations this year. They had a prom theme ala the classic Stephen King horror film Carrie. 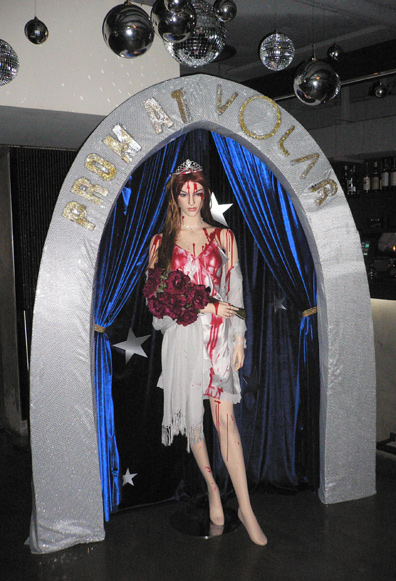 Not even the d.j. booth was spared – check out the severed head and hand! 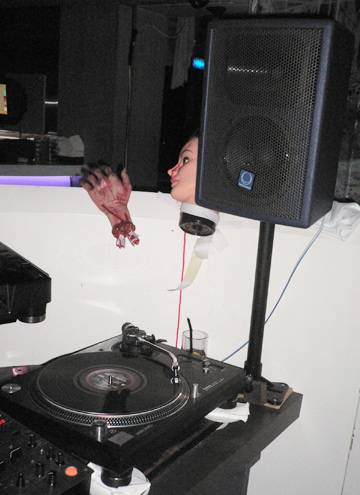 Despite all the special promotions, the center of the Halloween festivities is Lan Kwai Fong – the main nightlife area in Central on the night of the 31st. On Tuesday night, tens of thousands of people paraded the streets with their costumes or cameras.

The turnout is so large that the police have developed a strategy to keep the gathering orderly and controlable. To get to Lan Kwai Fong, (which has a collection of dozens of bars,) the police make partygoers snake around the area for nearly ten blocks before entering. 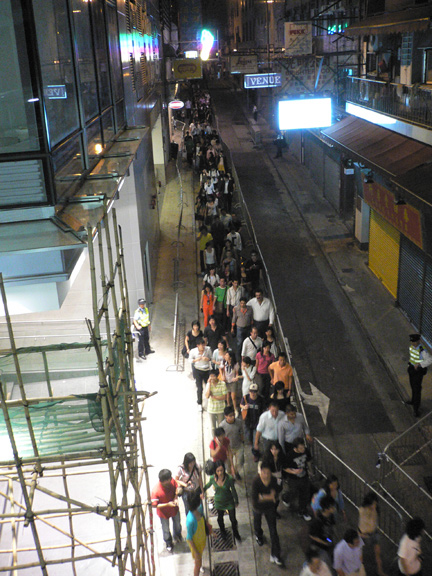 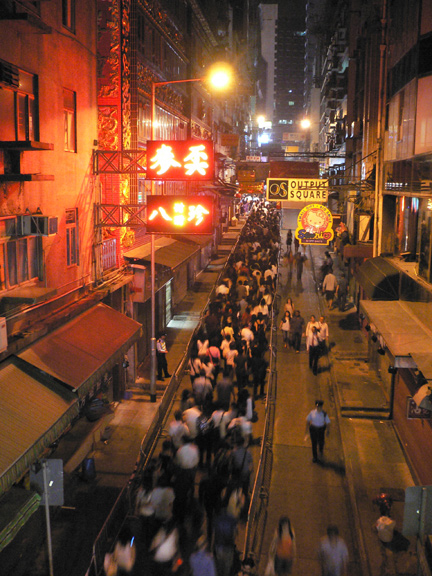 In the weeks before Halloween, Pottinger Street, an old, cobble-stone street in Central overflows with different costumes and props for sale. (Click the image below for a bigger view.) 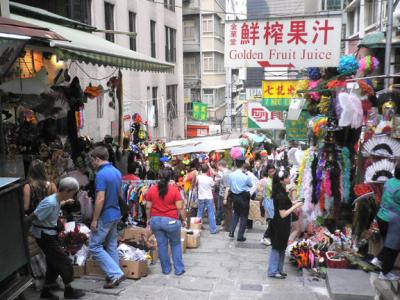 Just a block away, a brand new Toys R Us just opened, providing another venue for Halloween purchases. This is the first Toys R Us store in Central. Their other branches nearby are located in Tsim Sha Tsui and Causeway Bay. 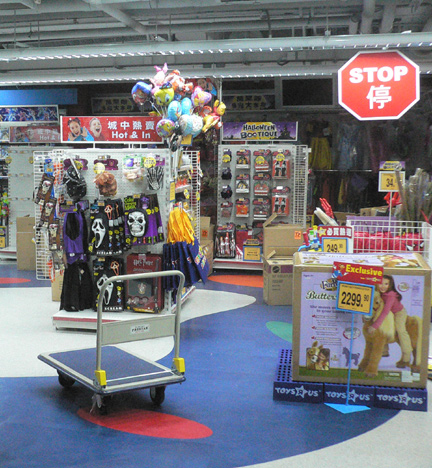