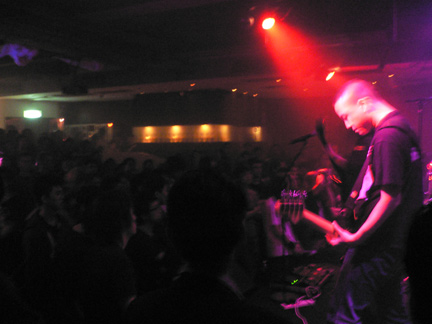 Friday night was a busy one. At 8:30 I went to EDGE to check out an underground band show. My friend J.T.’s new group, Kissing On the Dance Floor was first on the bill. Since there are barely any band shows, or even live music events in Central, I figured I should check it out. Plus the entry fee was a very reasonable $40 HKD for five local bands.

There are several reasons why live music doesn’t work here. First of all, Hong Kong people often live in small apartments. Have you ever heard someone learning to play an instrument next door? It’ll drive you crazy. Secondly, the music industry here is limping along without much revenue derived from actual music sales. Third, there’s little radio play here of band music, particularly of foreign bands. And lastly, venues would rather pay one d.j. then have to pay all the members of a band.

That’s why nearly all bands here have automatic underground status. Live music itself is underground.

I didn’t have time to catch all five bands. I was most curious to see my friend’s band, Kissing On The Dance Floor anyway. They came on around nine, and the place was surprisingly packed. 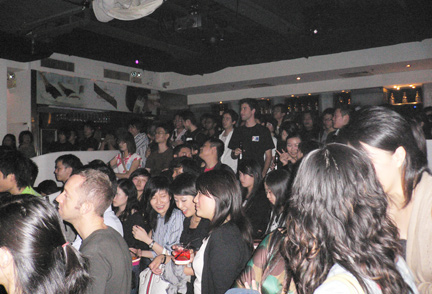 Starting a gig so early is risky on a Friday night. Many people are still having dinner at this time. Sort of like Cinderella, I found out that the five bands had the place until midnight, afterwards the venue reverted back to a commercial Hip Hop and R&B club. 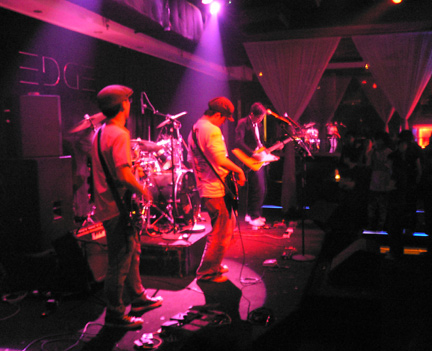 Kissing On The Dancefloor sounded like New Order to me. Their set was a great way to start off the show. The music was melodic and uptempo. The band consisted of four members: two on guitar, one drummer and one bass player. 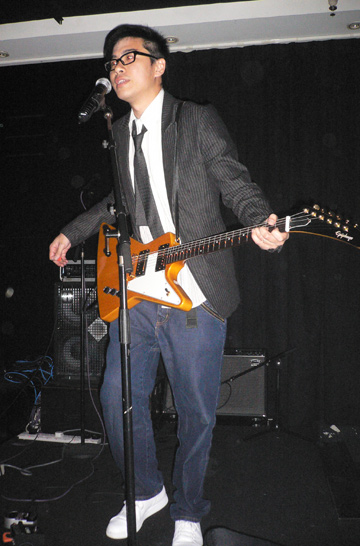 Hong Kong audiences, not known for their enthusiasm, were actually into the music and applauded after each song.

As the next band came on, I made my way through the now capacity crowd. Looks like Rock music isn’t dead here afterall!