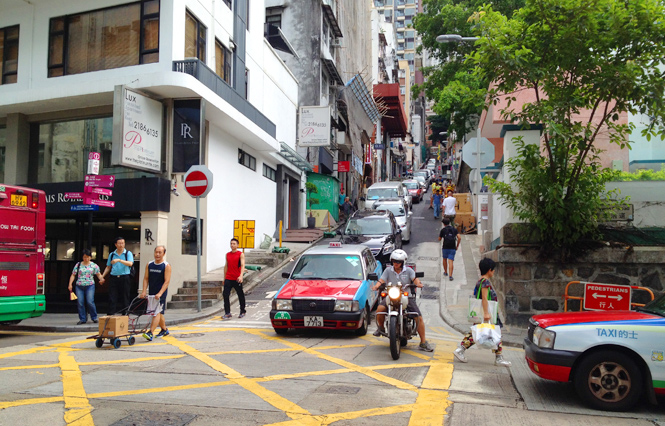 Watching an old American film, I was surprised to see several scenes shot in familiar places around Hong Kong. A car chase in front of the new PMQ complex caught my attention. What did the corner of Hollywood Road and Aberdeen Street look like thirty-five years ago?

Sure, there are a few signs missing, and the buildings have been renovated, but generally speaking it’s nearly the same. The hilarious thing is that there’s still construction going on in the exact same spot! (Some things never change!) 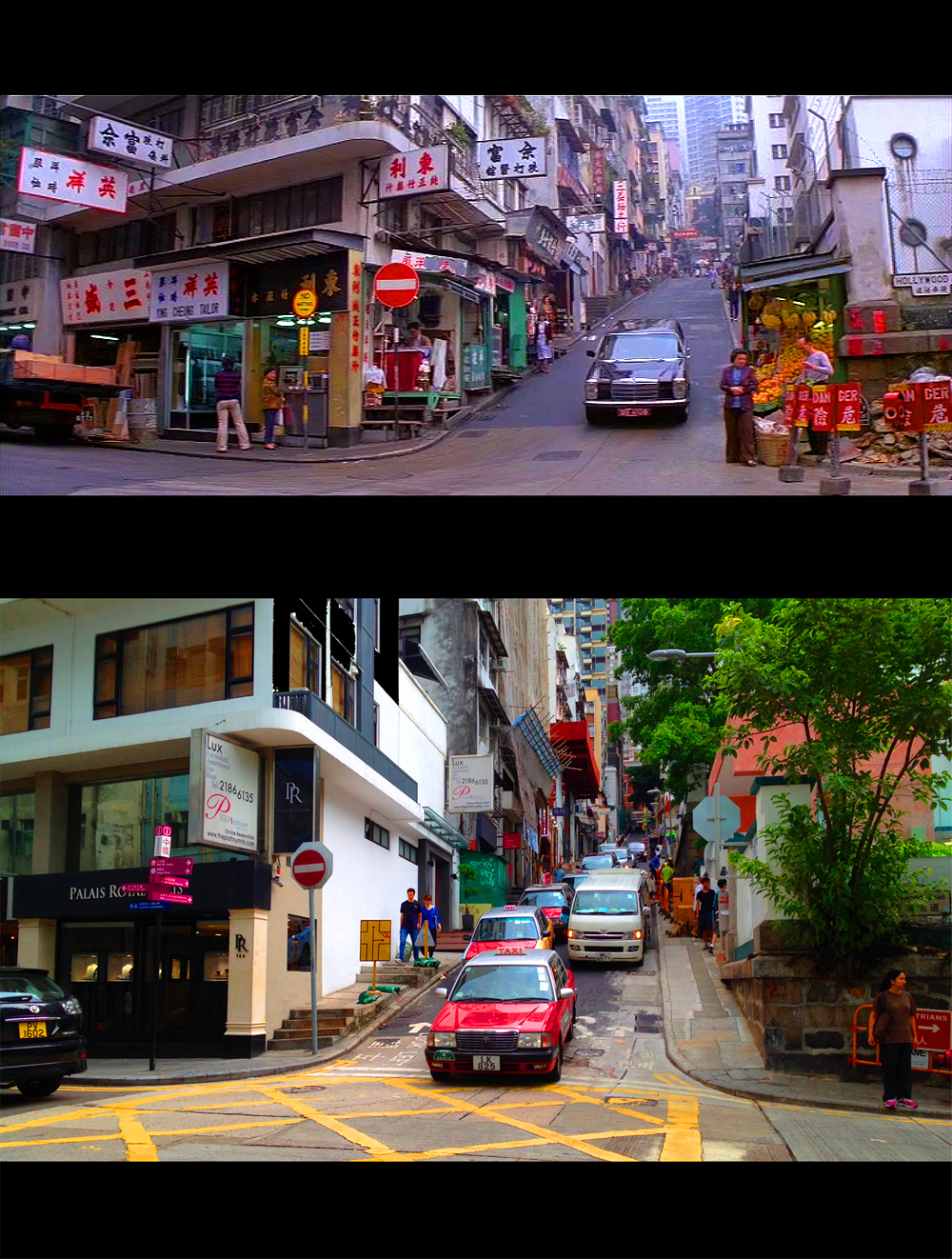 Now home to PMQ, located in the former Police Married Quarters complex, the block has become a hot new destination in the city.

While the area between Hollywood Road and Bridges Street had been quiet for over a decade, it’s now bustling with small workshops, boutiques, and even hosts a Western-style night market. PMQ was also the site of the recent 1600 pandas exhibition.

The project serves as a good example of modern urban renewal and has clearly succeeded in bringing a new vitality to an under-utilized part of the city. The PMQ concept is strikingly similar to Hong Kong Hustle’s plan to revitalize the old Hollywood Road Police Station.