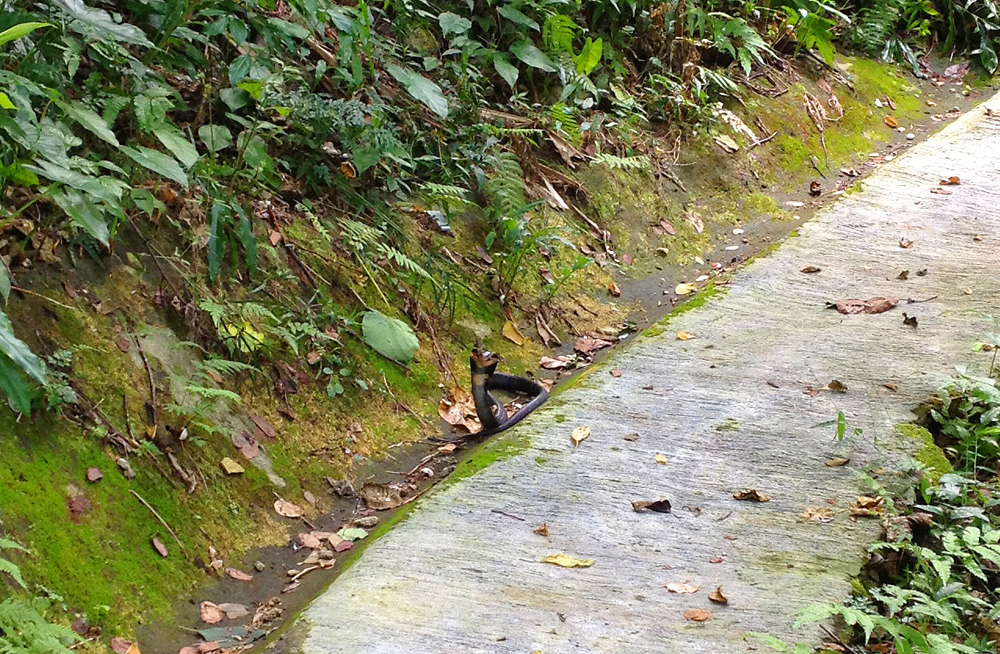 Hiking a trail that runs behind the Rugby 7’s stadium, I suddenly heard a rustling sound next to my leg. Just as I stepped back, I heard a loud and sharp “SSSSSSSSSSSSSS!” almost as if something was spitting at me.

Before I could even look down, adrenaline flowed, and I quickly stumbled backwards. After a few more steps in reverse, I saw what appeared to be a cobra, hood extended, ready to strike! 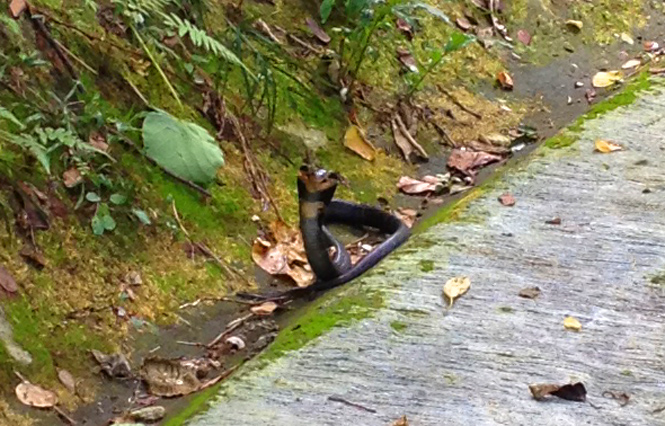 Recognizing the immediate threat, I didn’t turn my back to it, but instead continued backing up about five more feet.

To confirm that it was indeed a cobra, I carefully reached into my pocket, got out my phone and snapped a few photos of it. (Later on I would be able to check the markings to identify what kind of snake it was, or at the very least, be able to post it on Instagram!)

For a few minutes we were locked in a staring contest. The thing didn’t back down. It stayed poised and ready to take a plunge.

Getting around the cobra was definitely not an option on the narrow path, so I decided to double back and take an alternate route up the hill.

The snake spooked me pretty good. The rest of the hike I was constantly jumping at any sound or curved stick I saw along the path.

Since the run-in with the cobra, I’ve encountered several other snakes while hiking. Hong Kong is home to dozens of varieties, including several highly venomous ones. (The one I ran into was a Chinese cobra!)

A good place to get familiar with the different types is Hong Kong Ark, which has a Flicker page filled with photos of snakes, lizards, and turtles.

A short but sweet summary of Hong Kong’s dangerous species can be found there as well.

Generally, snakes will run away once you approach. The ones that are scary are the snakes that hold their ground and challenge you. They may be protecting their nest, or reacting to being startled. Certain species are more aggressive than others.

My personal experiences have been mixed. I’ve went hiking for years without ever seeing a snake, but I’ve also encountered snakes on several hikes in a row. Depending on where you hike and what time of day you go, they can be more common than you think.

Besides cobras, another one to look out for are bamboo pit vipers, which are green colored with yellow and whitish bellies. During a recent hike I was on my way home when I suddenly stopped short, somehow spotting the subtle difference between a blade of grass on the right, and a snake on the left. 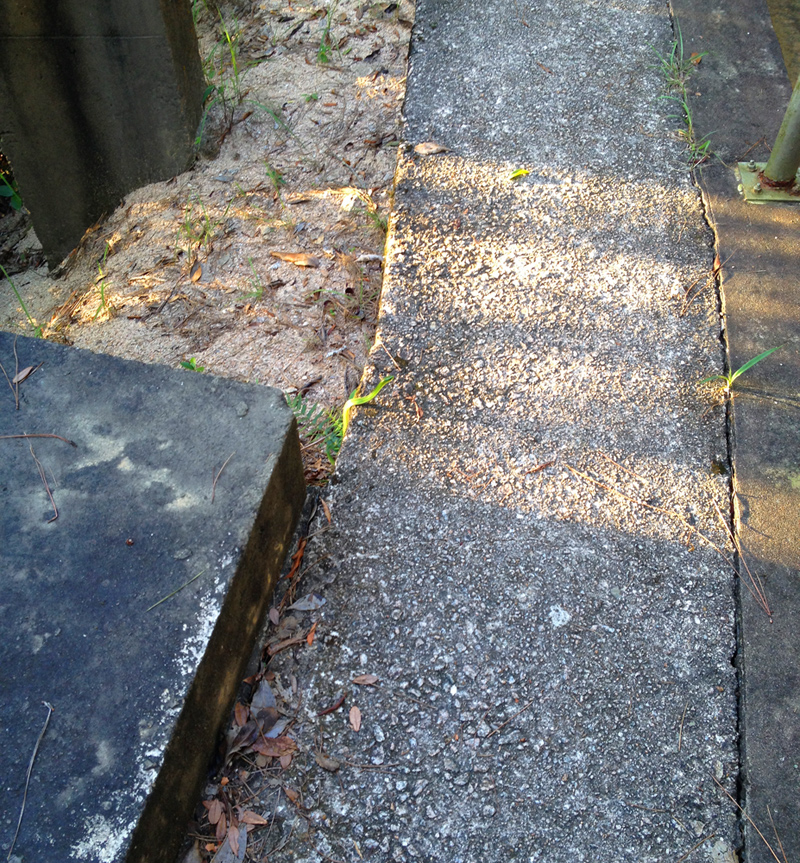 Bamboo pit vipers very closely resemble the Greater Green snake, which isn’t aggressive or poisonous. The difference is that the pit vipers have a more angular shaped head – I hope I never get that close!