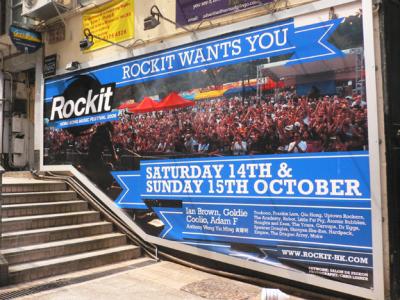 Rockit, Hong Kong’s only large outdoor music festival touched down last weekend for its fourth straight year. This time it lasted two days, rather than three, but it still packed in several big name d.j.s including Goldie, Bryan G, Adam F, and the locally-grown Uptown Rockers. Top billing this year was Ian Brown formerly of the Stone Roses, in addition to last year’s favorite – Electric Eel Shock, the wild metal band from Tokyo. Several local bands were also featured including Hardpack, my favorite Punk band. (Click any of the photos to see a larger version!) 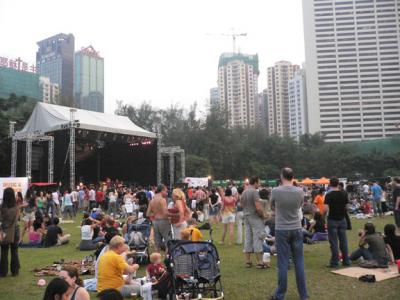 Almost as important as the music itself is just chilling on the grass in a large open space – something that we in Hong Kong nearly never experience. Although there are soccer fields scattered about, there is very little open space – especially with grass. Flat land in the city is just too valuable to set aside. The site of the festival, Victoria Park, located in Causeway Bay, is the only large swath of grass that I can think of. 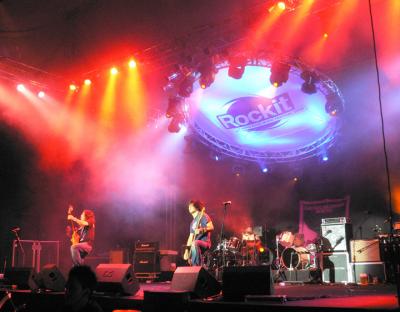 The Rockit festival area is divided into two parts: a main stage and a tent. Music is not played on the two simultaneously. A single group or d.j. is playing at any given time and people walk back and forth between the two locations. D.J.s always play in the tent, whereas bands play both venues. 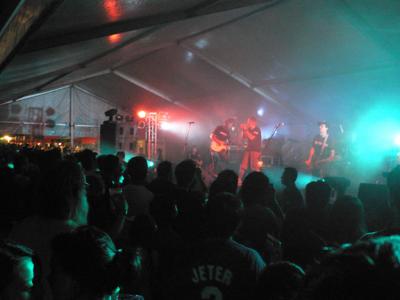 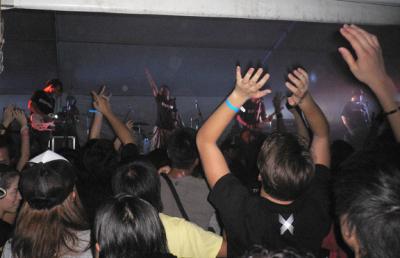 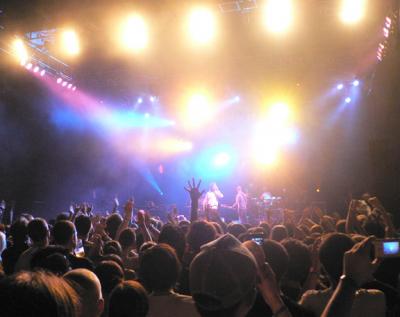 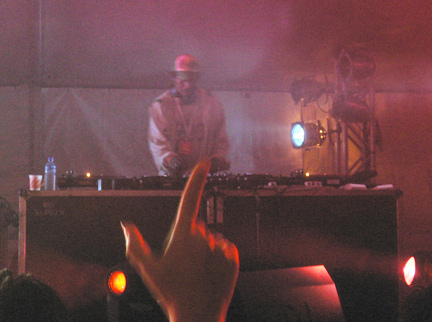 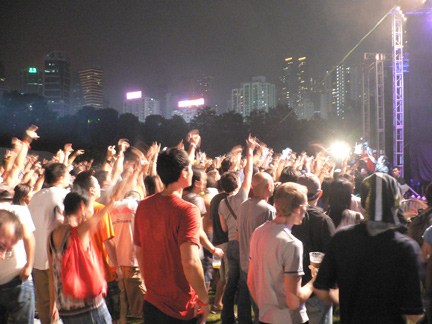 One of the drawbacks to an outdoor music fest… portable toilets! 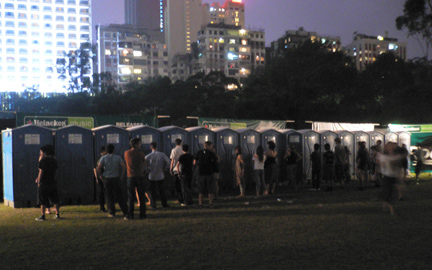 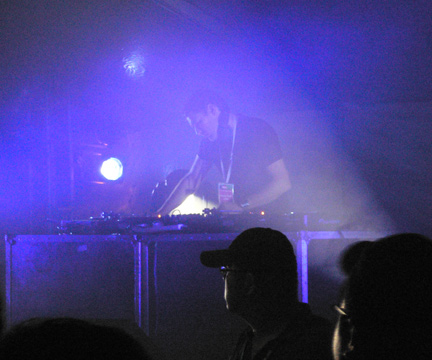 Victoria Park, where the festival is held is a major recreation area, particularly on Sunday when maids (who work six days a week,) have their day off. In the photo below you can see Indonesian maids congregating on the grass just outside the entrance to the Rockit festival. Hong Kong employs a huge number of domestic helpers. There are nearly 150,000 Filipinos and 100,000 Indonesians working in Hong Kong as maids. 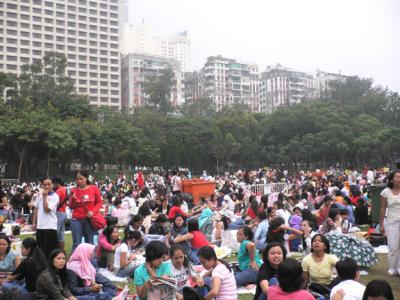 This year there was also an area set aside for street artists to showcase their work. 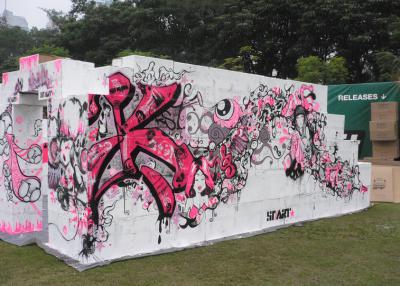