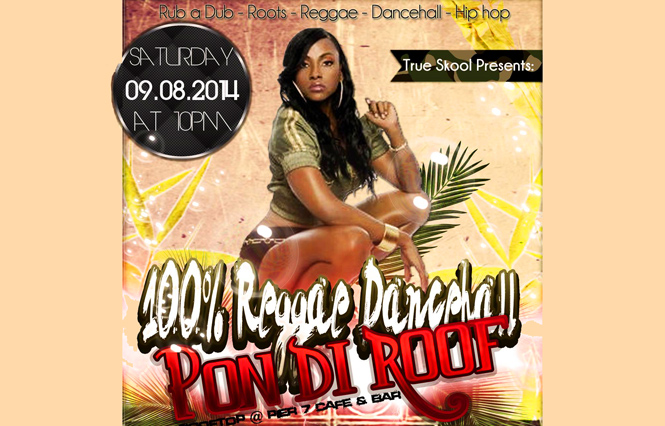 Hong Kong’s best Dancehall party is returning to its roots on Saturday, August 9th. The longstanding event, ‘Reggae Pon di Roof’, which has been happening since 2009, is again taking over the rooftop above Central’s Star Ferry pier.

With a cutaway view of the city’s skyline, guests dance in the open air to various genres of Reggae, with an emphasis on upbeat Dancehall music.

Organized by Miyuki, the founder of True Skool, the party has a fun ambience, great music, and a rare outdoor location. Rooftop Reggae is the kind of party where you can meet an international crowd who loves to dance and actually has some skills! Individuals from all walks of life turn up including big players in the city’s nightlife scene as well as the occasional celebrity.

The party is smoker friendly, and the cover charge and drinks are often more reasonably priced than Lan Kwai Fong. Even in the case of bad weather, there is a good-sized bar and tables located indoors, which can be fun too. (We once attended the party in the rain and everyone kept dancing outdoors!)

Selectors on Saturday night include Youth Samoan, Yeodie, The Groove Thief, and Rayshizzle.