The Causeway Bay neighborhood has some of the highest rents in the world for retail space. Located just a half a block away from Ralph Lauren’s sprawling new flagship store, the shop merges a pair of different businesses together in a symbiotic relationship.

While on the surface a barber shop and a watch store have little in common, the end goal for both is actually the same – attracting young, style-conscious men who invest in their appearance.

The fascinating coupling of a watch store together with a retro barbershop (a trend popular in North America for some time,) may open the door to other experimental business collaborations, as brands and services seek out novel solutions to escape Hong Kong’s high-rent handicap.

While these type of strange bedfellows do occasionally occur as pop-up shops for a limited time, this is one of the few examples of a hybrid business that is looking to be a permanent fixture.

This isn’t the first time that entrepreneur Brian Siswojo has employed this interesting model of aligned interests. One of his earlier ventures, Vans SK85ive2, combines an indoor skate park branded under the Vans name, along with a pro-shop operated by his skate company. We’re not exactly sure of the financial relationship, but it likely means that Vans offsets part of the costs in return for use of the space for events, as well as the strong branding it receives from placing its name on the city’s only indoor skatepark.

Bucking the current trend in cities

If this model works, it may provide a strategy and potential solution to the high-rent tyranny currently plaguing cities around the world.

For those of you who haven’t begun to notice, cities that were once famous for their unique, diverse offerings have fallen off a cliff and been homogenized by increasingly high rents. Lack of affordable real estate means that businesses must cater to mainstream tastes, or seek to be low risk. Low risk often breeds a boring, calculated, and conventional landscape.

Over the last decade, cities like New York have become shadows of their former selves, with neighborhoods dominated by suburban shopping mall brands who can afford high rents but do little to enrich the vibrancy of the city.

Several of the world’s cosmopolitan capitals have a reached a similar tipping point, where they are rapidly displacing the type of shops that once made them a draw. (San Francisco might be another example?)

Small businesses, such as family restaurants and individual designers, often can’t compete for real estate with international chain stores. Instead, these global brands have driven up the costs, and pushed out young talents that made the city special in the first place. The fact that the Edwin Watch x Crows Nest Barber model may be able to provide a solution to this trend makes it a tactic worth paying attention to.

The opening party itself was a winner on all accounts. In addition to the concept store’s interior details such as vintage barber’s chairs and an ancient fridge, the hand painted windows and classic facade set the right mood.

The location on a dead end street was conducive to a block party vibe. Guests hung out snacking on food from the trendy (and expensive) Sunday’s Grocery, and stood around socializing. The fact that several generations of Hong Kong influencers attended the opening shows how deep the founder’s roots run. 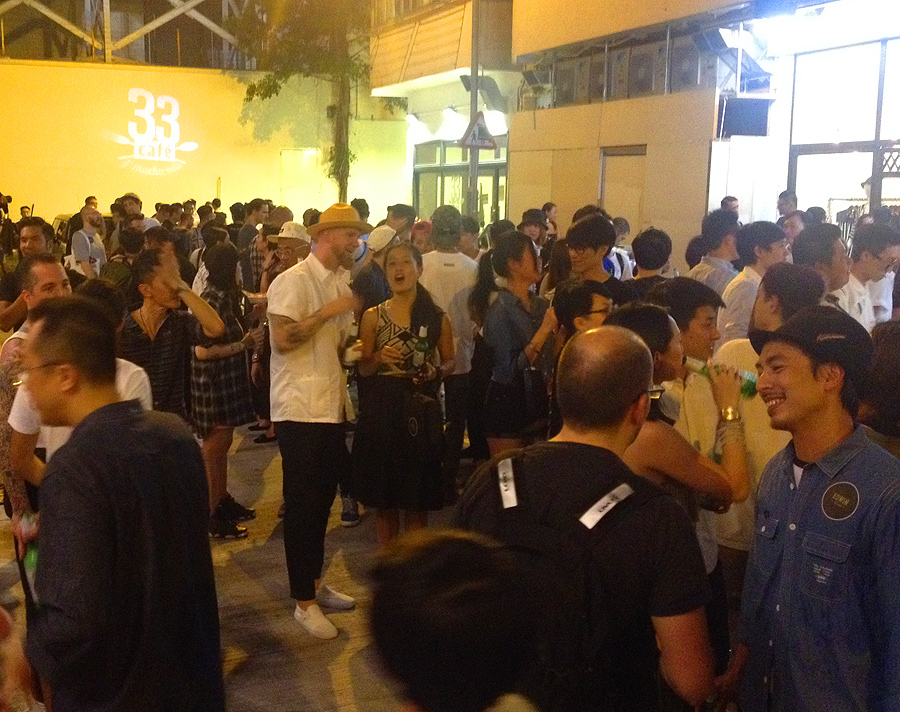 A special performance by The Boogie Playboys who play Rockabilly music (in Cantonese!) got the party swinging. Check out their performance in our exclusive video below. 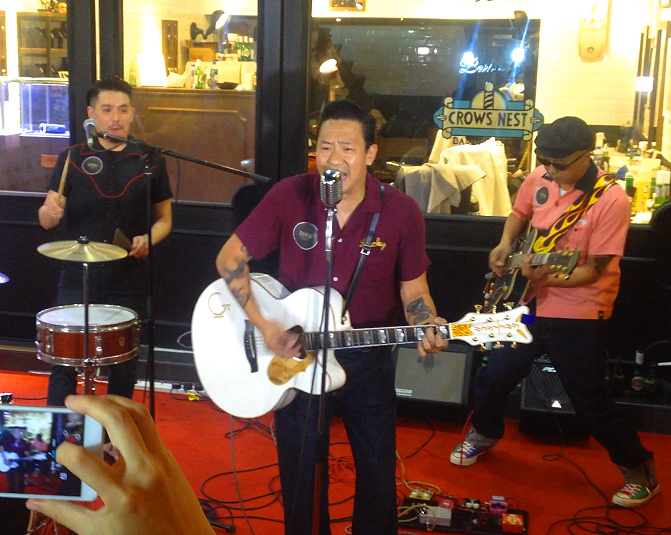 As guests mingled outside, a select few were able to get haircuts by some of the visiting professionals. The cuts, which took nearly an hour to complete, featured old-world precision, heavy on the details and craftsmanship. The barbers, including Jon Roth from Crows Nest Canada, Dustin Fishbook from The Belmont, and Ball Ng from Crows Nest HK, all used straight razors – a rarity in this day and age. 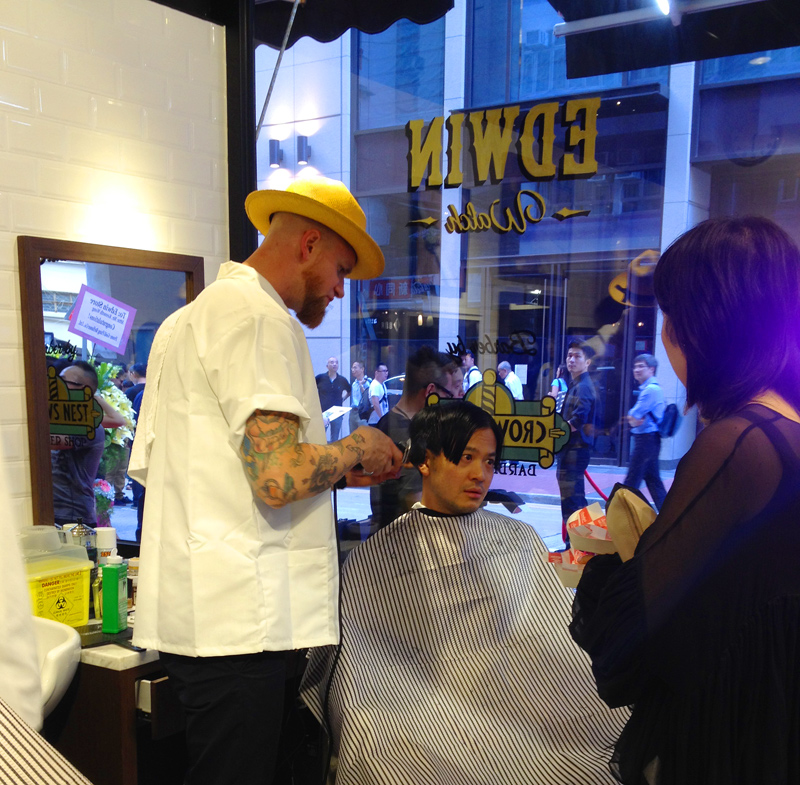 As part of the business model, visiting barbers from abroad will be constantly rotating to Hong Kong to train local barbers in their traditions.

Interspersed throughout the shop are watch displays that are integrated in a subtle way. Visitors can browse the large line of Edwin watches while getting their haircut. It’s a solid fit with the barber shop’s young, fashion-conscious clientele.

In addition to being a watch store and barber shop, the multi-use space also serves drinks! Be sure to check out the vintage fridge if you pop in for a visit.