If you’re walking around Hong Kong and you see what looks like an improvised food stall built into a ramshackle little hut, you’ve just spotted a ‘dai pai dong’. You can tell them by their green painted color. They sit in front of buildings, next to the sidewalk. Usually they have several round tables and folding stools set up for their customers to sit and eat. Typical dai pai dong fare is instant noodles or congee. 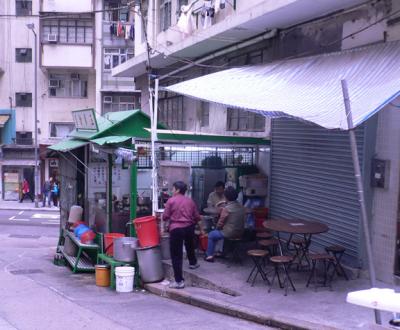 Dai pai dongs are vanishing now because they can only be owned by the original owner or handed over to a spouse. For a little history, the government granted “big license stalls” to families of civil servants who had died or were injured during World War II. Over the years the government made the stalls non-transferable, and then came up with incentives to have license holders relinquish their stalls for a fee. Only a handful of true dai pai dongs remain open to this day. In the photo below you can see a dai pai dong that just closed (next to one that remains.) 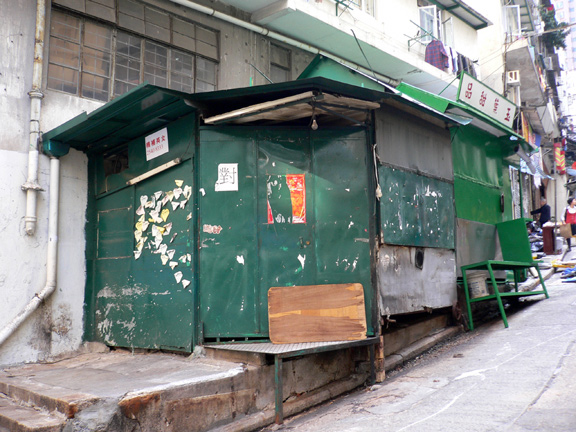