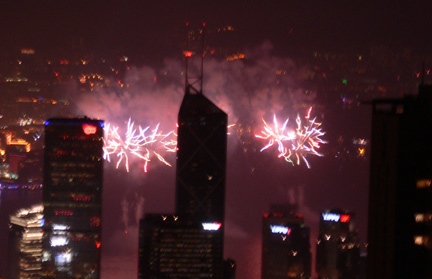 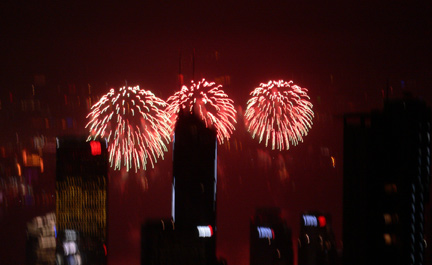 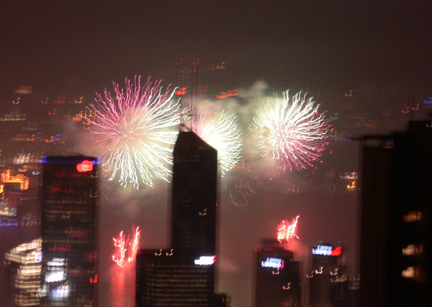 I’m a sucker for fireworks. I headed up to The Peak to check out the view from the top of Hong Kong Island. I took a taxi up, which is about a ten minute ride from Central. I got off at The Peak Lookout Cafe and made my way through the crowds who had the same idea I did. It was a clear night out and The Peak would have an amazing view of the fireworks which were set to explode from barges in the harbor. Once the show began I was surprised that they lasted a full 30 minutes. The last time I watched fireworks it was only 15 minutes worth. After about ten minutes I started to get antsy, so I left my first view point and headed along a path to check out the show from a different vantage point.

Although I missed part of the show, the aftermath of the fireworks was equally as impressive. A huge cloud of thick black smoke covered Tsim Sha Tsui, and blocked out the view of Kowloon side for around 20 minutes. This eerie view made for some cool photos. Click to see a bigger view. 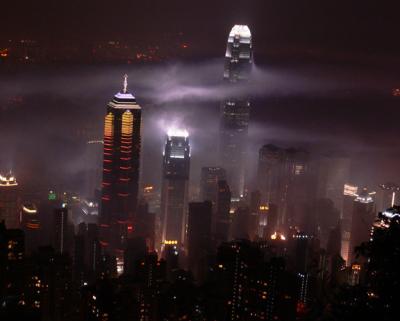 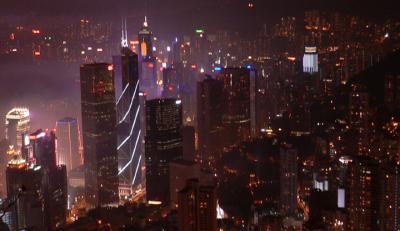 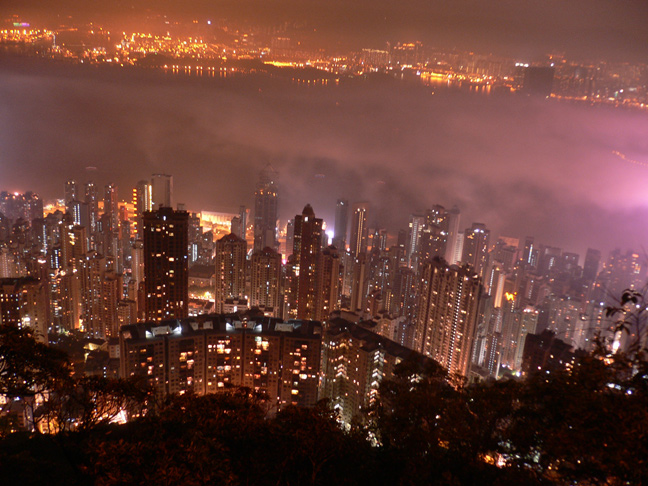