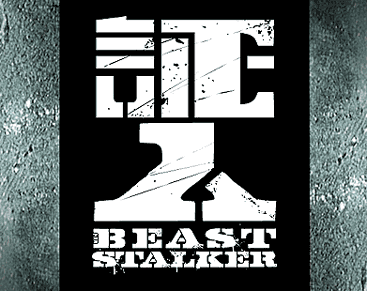 I have a theory that any Hong Kong movie with the word “Beast” in the title can’t be half bad.* With that in mind, I headed over to the Grand Cinema in Elements mall last Tuesday. Though I didn’t know anything about Beast Stalker besides two of the cast members, I picked up a ticket.

The Grand Cinema in Elements is a great place to catch a film. It has several theaters, a few of which are huge, and the sound systems are great. With seats that vibrate, for an action flick or horror film you can’t do much better. On Tuesdays tickets are just $40 HKD, a steal compared to cinemas in Hong Kong side, plus you get a better film-going experience.

Before the movie even started I was nearly jumping out of my seat from watching the previews!

The first was for the new Tsui Hark film, All About Women. It was weirdly contemporary and it looked great on the screen. The trailer (a brand new one,) had a bizarre story-telling element to it that made me want to check it out. I didn’t fully understand it, but it left me wanting to know more.

The second preview was hardcore! It was for the new Donnie Yen film about true-life martial arts legend and Bruce Lee mentor Ip Man. Holy cow, just thinking about it now makes me want to beat someone up! (or at least practice a few moves on the wooden dummy!)

The film seems to be along the same lines as Jet Li’s Fist of Legend. Don’t watch the trailer online, just wait and buy your ticket next week. It opens on December 19th!

It’s interesting to note that talents such as Dante Lam (Beast Stalker’s director,) Tsui Hark and Donnie Yen have all been figures in the Hong Kong film industry for two decades apiece!

Anyway, previews can sometimes be better than the movie itself, but my money is on Ip Man to totally rock. Can’t wait to see it!

Beast Stalker (no spoilers)
Getting back to Beast Stalker, it’s far grittier than I expected it to be. Nicholas Tse, who’s never been in any of my favorite films, puts in a solid lead performance. His acting is mature and he handled the role flawlessly.

Nick Cheung, who I have found sort of hollow previously, had a strong showing as well. Together the two steer the audience along a sometimes hanging-on-the-edge-of-your-seat ride.

As much as the acting and pacing were strong, it suffers from Hong Kong film’s Achilles’ heel, what I term the suspension of disbelief. Though I enjoyed the movie overall, and was entertained the whole time, there were a few unnecessary twists in the plot that made me think – “that would never happen.” It’s like building something tall, but having a shaky foundation. What comes after it can be compromised by a block that isn’t stable. Once I get that disbelief in my mind, it pulls me out of the film and I can’t enjoy the movie on the same level. That said, there were only two points that bothered me, and the second came at the very end, so for the majority of the film I was wrapped up in the story.

* The other Hong Kong movie with the word ‘beast’ in the title was the award winning Beast Cops also co-directed by Dante Lam!