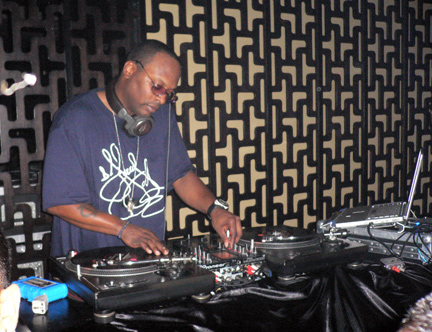 Jazzy Jeff’s fourth trip to Dragon-i turned out to be his best yet. This time around he played on a stage in the former VIP side of the club. The place was completely packed and the crowd was bouncing to his beats. Mad Skills, the M.C. of the night, energized the crowd even further and added some humor with lines like “Let’s take it back, to when Micheal Jackson was Black,” leading into a Michael Jackson mini-set by Jeff. 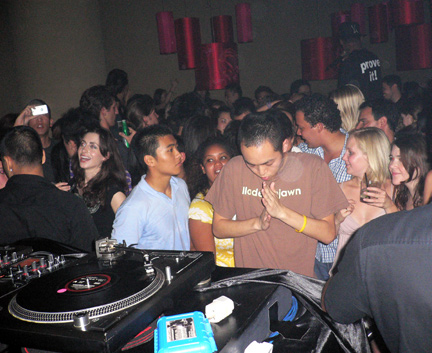 Jeff played an extremely tight set of classic originals – beats that have been the foundation for countless Hip Hop hits over the last two decades. Although many people might not recognize the originals, Jeff blended them together seemlessly with their more modern, better known incarnations. The crowd was kept in a state of rapture by his quick mixes and superior song selection. 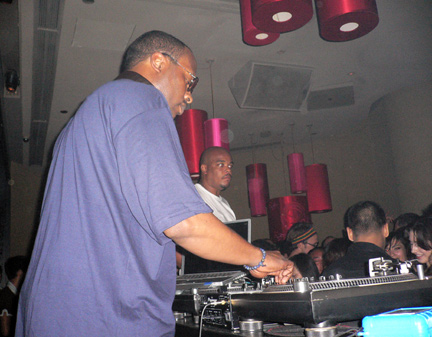