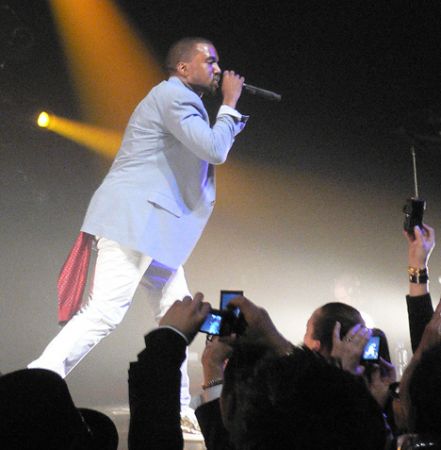 This Thursday, April 10th, Kanye West will be headlining the Hong Kong edition of the World Wide Bape Heads Show. The concert is put on by media and fashion conglomerate Silly-Thing along with the I.T fashion chain.

Who else is getting in on the fashion act?

Not to be left out, Kanye is rumored to be getting involved with fashion as well. Mr. West isn’t known for doing things in moderation. His first dabble into apparel may or may not include a collaboration with Louis Vuitton. Nay sayers about Kanye’s fashion acumen stand to lose a bet. Established music industry figures once said the producer couldn’t rap… and the rest is history!

The venue for the event is HITEC in Kowloon Bay. The site has been used for big rave parties in the past and was the location of the first major event by T.K. (pre-Silly-Thing,) circa 2001. HITEC is also the rumored venue for the as-yet-unconfirmed Ed Banger extravaganza at the end of May.

The World Wide Bape Heads Show is scheduled to run for three hours. Doors open at 7:15 pm. Tickets are on sale now at Hong Kong Ticketing outlets or are available through online purchase. You can also pick them up at Tom Lee Music stores around town. All tickets are standing and are divided into three levels at $580, $880, and $1180.

With so many fashion visionaries involved, the production design of the concert should be top notch. Expect a night of surprises and musical mayhem!

Have a look at photos from the Tokyo Bape Heads show on the Billionaire Boys Club blog.