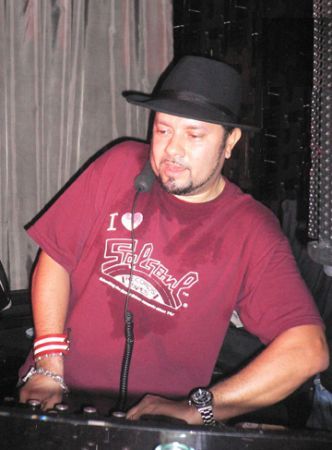 It’s a pretty big deal to be able to hear a pioneer of dance music on a regular old Tuesday night! The newly launched ‘Fillet Of Soul‘ series at Dragon-i, created especially for music lovers, brings top talent to the club for an intimate Tuesday night session.

Fillet of Soul features producers and d.j.s from around the world, each specializing in soulful dance music. Over the first few months, guests have included heavyweights such as New York’s DJ Spinna, South Africa’s Black Coffee and Bucie, and Franck Roger from Paris. On Tuesday, April 12th, the most prestigious guest yet, dance music legend Louie Vega, will be taking over.

Louie Vega has played some legendary sets at Dragon-i in the past. You can read about his previous visits here and here.

If you haven’t been to Dragon-i for Fillet of Soul before, the crowd is a mixture of the city’s top d.j.s, House music fans, long-time Dragon-i regulars and models.

It’s a very different vibe from Wednesday and weekend nights, with more of a fun, relaxed environment.

Fillet of Soul offers a unique opportunity to hear classic dance music in an intimate surrounding, brought to you by the same people who have helped define the sound.

Free for members, cover charge may apply for non-members