Crowd rafting during Steve Aoki’s set was just one of the many highlights of the first Blohk Party music festival held last Saturday.

Although many of the performances had their strengths, no one created the sheer hysteria of Steve Aoki.

To call him a DJ is definitely a misnomer. Steve Aoki is an innovative performer who puts on a show to engage the crowd. He has developed a full routine that incites the audience in multiple ways.

To start off with, his music has intense, easy to follow climaxes, that make it obvious when to jump up and down at the correct points. But that’s just the beginning.

His body language, hands waving rhythmically, jumping in time to the music, is another factor making him almost like a conductor, visually instructing the crowd how to react.

While he played, there were also video cues synchronized with his songs. For example, when the lyrics of the song said ‘jump’ the massive screen behind him also flashed the word ‘jump’.

On top of this, he has several gimmicks that he employs to get the crowd hyped up including a routine with throwing cakes and another with spraying multiple bottles of champagne. 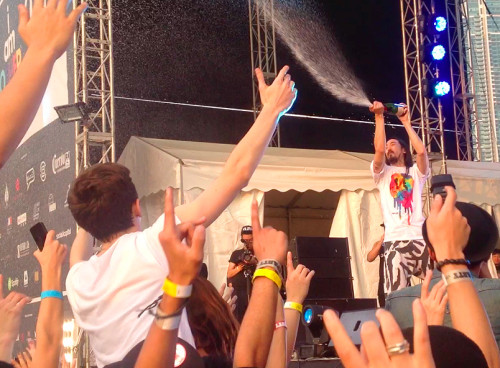 One of the most modern of his techniques was getting the crowd to take an Instagram photo with him. Not just a few people from the audience, but the whole, entire, crowd. 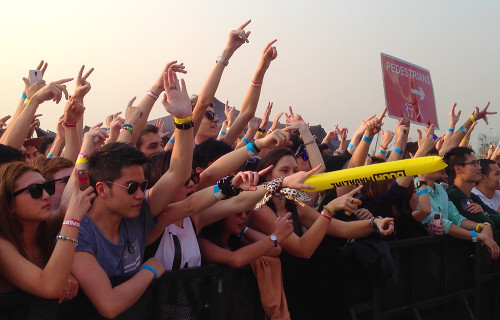 He’s clearly a professional and one of the hardest working performers in the “EDM” movement.

Perhaps the most fun activity at Steve Aoki’s show was a variation of crowd surfing using a rubber raft. Well known for his crowd rafting sessions, he didn’t disappoint the audience at Blohk Party. Check out the video below!

For those who missed Steve Aoki’s performance at Blohk Party, he’ll be playing on January 11th, 2014 at the WoW Music Festival in Kuala Lumpur, Malaysia. And it’s at a waterpark!!! 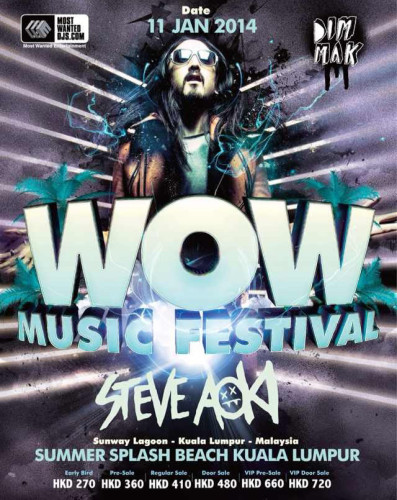