It was technically Thursday morning when Snoop Dogg and Dr. Dre took the stage at Dragon-i. The two Hip Hop legends had never before performed in Hong Kong, and judging from the turnout, an appearance was long overdue.

Dragon-i on Wednesday night was not a good place for claustrophobics. Despite the $1200 HKD cover charge, the club was packed literally body-to-body, with people leaning up against strangers. Those who had contemplated dancing, quickly gave up, as there was barely enough room to wiggle.

Most of the people jammed into the club had waited for over two hours for the stars to come on. The smart ones didn’t move for fear of losing their position. At a certain point in the night it was impossible to move in or out, and the wait staff risked injury just trying to make their way to tables. 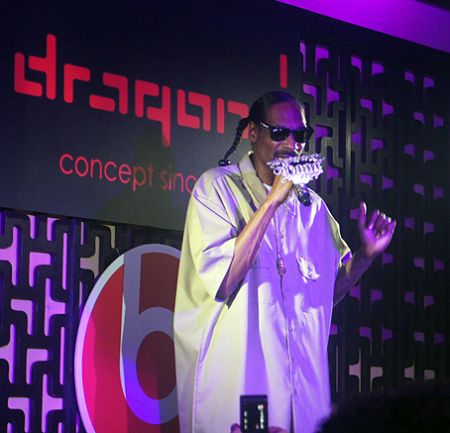 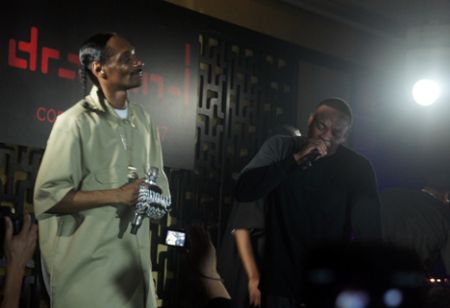 The duo went into a long set that included several classics as well as popular newer songs. It’s impressive to count just how many hits they’ve been part of.

Half the club seemed to have their phones in the air taking photos and video during the performance. Hong Kong Hustle joined them!

Here’s Snoop and a member of the Dogg Pound…

The show was yet another memorable night in the long history of Dragon-i. Over the years, the club has consistently raised the standards of Hong Kong nightlife and brought big names to the city for the very first time. Happy Anniversary Dragon-i! 🙂 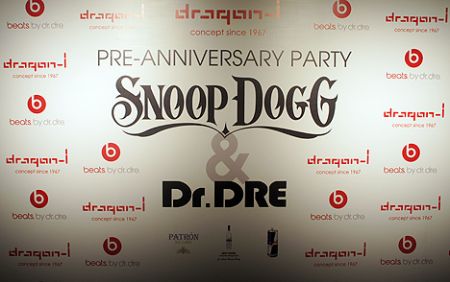