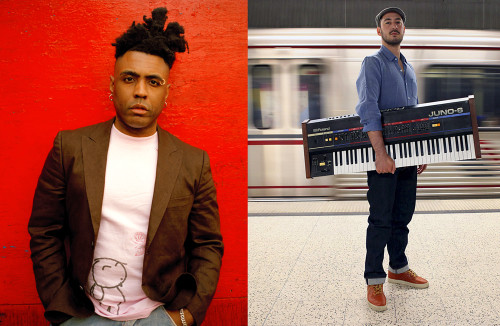 Omar, a major Soul and R&B singer from England will be performing at Kee Club on Wednesday. His fans include music heavy weights such as Erykah Badu, Gilles Peterson, and Stevie Wonder! Appearing on Saturday is the improvisational keyboardist extraordinaire, Mark de Clive Lowe, who has collaborated with artists such as Lauryn Hill, Jill Scott and Shirley Bassey.

Music promoters F.O.B. have not one, but two major music nights this week. Omar’s live performance will take place at Kee Club on Wednesday, February 26th, and will include support by London-based DJ and recording artist Eric Lau. Omar is well known in England and had a hit in the U.S. in the 90’s with the single “Saturday”. Omar has cemented his reputation among the industry’s finest by consistently making great music. Have a listen to his latest single! Very catchy!

Mark de Clive Lowe is a talented keyboardist and electronic musician who creates complex, live interpretations of songs on the go! He will be playing at the new music club O.M.A., which has taken over the former Midnight & Co. (Yumla) space just off Pottinger Street.

Both of these musicians feature jazzy, soulful sounds that span multiple genres of music.

Both are highly recommended!

Omar live! with support by DJs Eric Lau and K-Melo

Supported by Djs Taku and K-Melo
Saturday, March 1, 2014
O.M.A.
79 Wyndham Street, Lower Basement, Harilela House (enter on small alley in back of building, just off Pottinger Street)
10pm til 4am