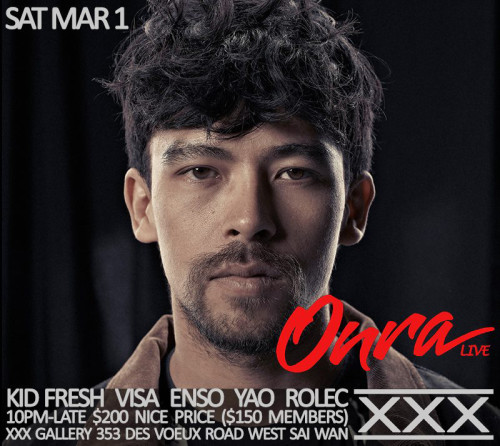 While it’s easy to go cheezy with this sort of collage, his music never ventured down that path, and instead, his Chinoiseries is one of the few sophisticated examples of this genre.

Onra’s modern, head-nodding beats have a depth and musicality that will keep them stuck in your head. His music fits in with the contemporary Los Angeles beatmaker scene, comprised of electronic musicians who also play music live with drum machines and sample-triggering hardware.

If you’re into categories, the music is essentially abstract, instrumental Hip Hop (occasionally venturing into Trip Hop,) being played live. You can expect an interesting, improvisational experience on Saturday night as Onra manipulates sounds during his set.

Here’s an excerpt from his acclaimed Chinoiseries:

To get a better idea of his latest direction as a producer, you can have a listen to Onra’s remixes and original music on his Soundcloud page.

A full cast of DJs will support him on Saturday including Rolec, Enso, Yao, Visa and Kid Fresh.