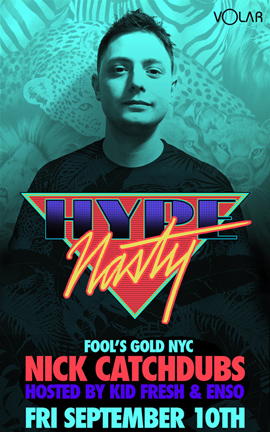 For once Hong Kong is at the start of a tour, rather than at the very end! Fans of new-school indie dance music should turn up at Volar in full force.