I just discovered some old photos from a rave party I attended eight or nine years ago in Hong Kong. Looking through them now I can see why the scene had to come to an end.

This particular rave featured big name d.j. Sasha, and took place at HITEC in Kowloon Bay. Browsing the photos you can get a feel for what the atmosphere at a major rave was like.

I believe this party took place in 2001. It was towards the end of Hong Kong’s once flourishing rave scene. By the time this event rolled around, the vibe at raves had started to change, and they began to attract the same crowd that would normally go to discos. 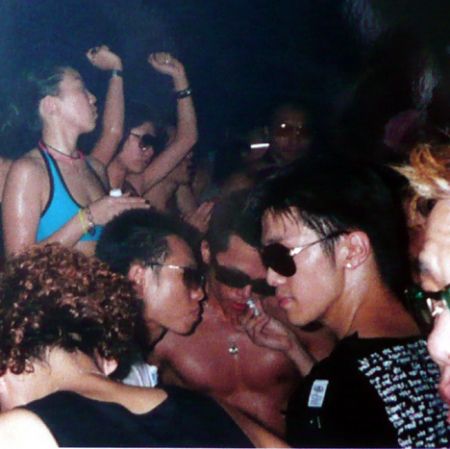 Drugs, shirtless people, bad outfits, pacifiers, sunglasses, lollipops, and glow sticks – the scene was basically a caricature of a real rave. In typical Hong Kong fashion, people got the style, but not the message. They understood the accessories, but not the substance.

The parties were often crowded, smoky and expensive. (I believe Sasha was around $600 HKD a ticket.) Vendors with a captive audience sold over-priced water and beer. People crashed in the hallways. 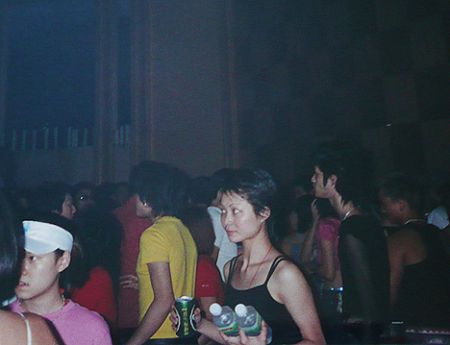 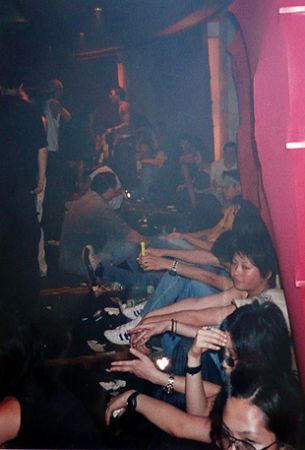 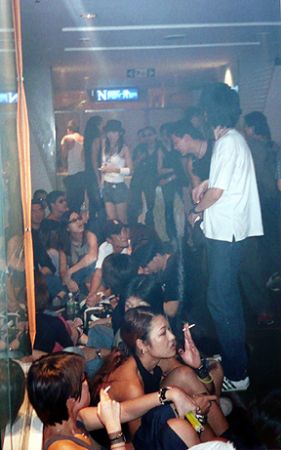 Now defunct magazine, Absolute, was the best at chronicling Hong Kong’s scene in those days. They published in Chinese and English and covered the parties as well as showcased talented, creative locals. People such as Michael Lau, L.M.F., and Eric So, were all profiled early in their careers.

A byproduct of the rave scene’s popularity, gangs started to invade the parties. At one event someone was killed. The police then began to crack down on any large event, which made putting on a party onerous for organizers.

Though there are occasionally still big parties based around d.j.s, the scene is nowhere near what it once was. Musical preferences have also changed. Commercial Hip Hop and R&B (aka Pop music) now dominates Hong Kong’s nightlife.

If I remember correctly, DJ Blackjack and nightlife legend Joel Lai were two of the promoters for this particular event!