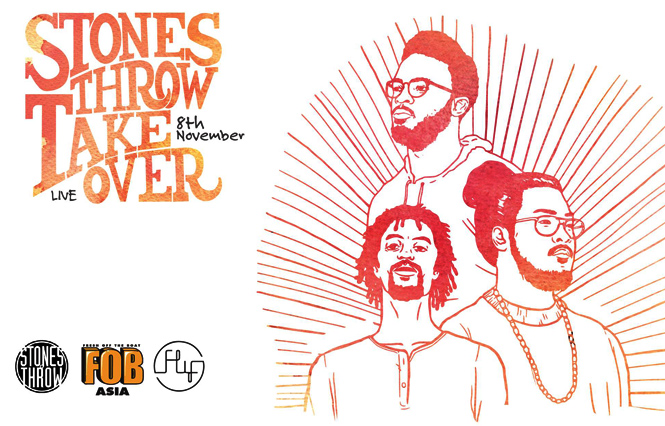 The California beatmaker scene is one of the more interesting things to happen musically in the last twenty years. The heavy, Trip-Hop like beats are catchy and relaxed at the same time.

The songs often feature somber, haunting melodies, combined with heavy bass. The beats are slow to medium tempo, but there can be some exceptions. The instrumentals are a sort of outgrowth of Hip Hop instrumentals, particularly the East Coast sounds of the early to mid 90’s.

The West Coast beatmakers continued to innovate and manipulate the sound in new ways, relying less on vocals and adding rich musicality. The beats are often grittier and more abstract than traditional Hip Hop instrumentals.

Have a listen to Mndsgn and Knxwledge hanging out and you’ll have an idea of the vibe.

Hong Kong has been fortunate to have hosted a number of artists from this scene, however Saturday’s Stones Throw takeover features three artists who are performing in Hong Kong for the very first time.

Pyramid Vritra is a new school M.C., on the border of abstract and underground. Local beatmaker J Hoon will be joining the Stones Throw crew for the night.

Tickets are $200 HKD and are available in advance or at the door.