K-Pop superstars Big Bang held an official after-party at Macau’s club Cubic following their sold out concert on Saturday night. The party, which included a dj set by group member Seungri, created a line to get in like nothing we’ve ever seen before!

Macau was the final stop on Big Bang’s MADE tour, which included fifteen countries and set attendance records in major markets like the U.S. and China. Big Bang are a five man super-group, with many of their members having equally successful solo careers.

Though Cubic regularly boasts sold-out performances, such as the recent Chris Brown and Tiesto shows, the lines for the after-party were literally several blocks long, leading down an escalator, and all the way out of the building. 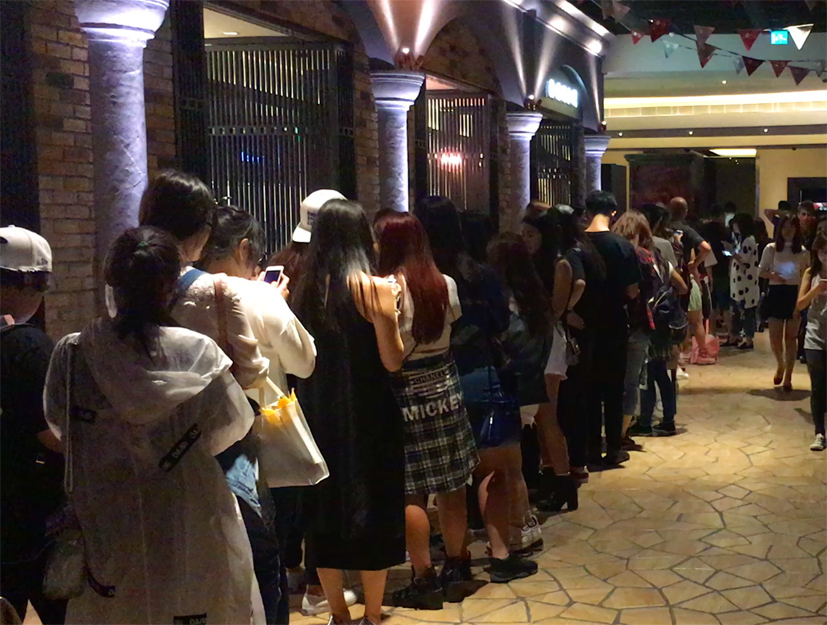 As the ticketed guests arrived at the club, many of them ran to the front of Cubic’s stage, elbowing their way in to secure a good spot. At around 11:45, Big Bang came out and gave the audience a greeting, before heading back up into the balcony of Cubic.

DJ Spyzitrix warmed up the audience, playing a solid mix of K-pop mixed with Hip Hop and R&B. The crowd oohed and ahhed at the songs they knew, occasionally joining in on the chorus to the K-Pop hits. Many in attendance still had crown shaped lights from the concert, and waved them around to the beat. (The yellow crown lights are a signature of Big Bang fans, who are dubbed V.I.P.s) 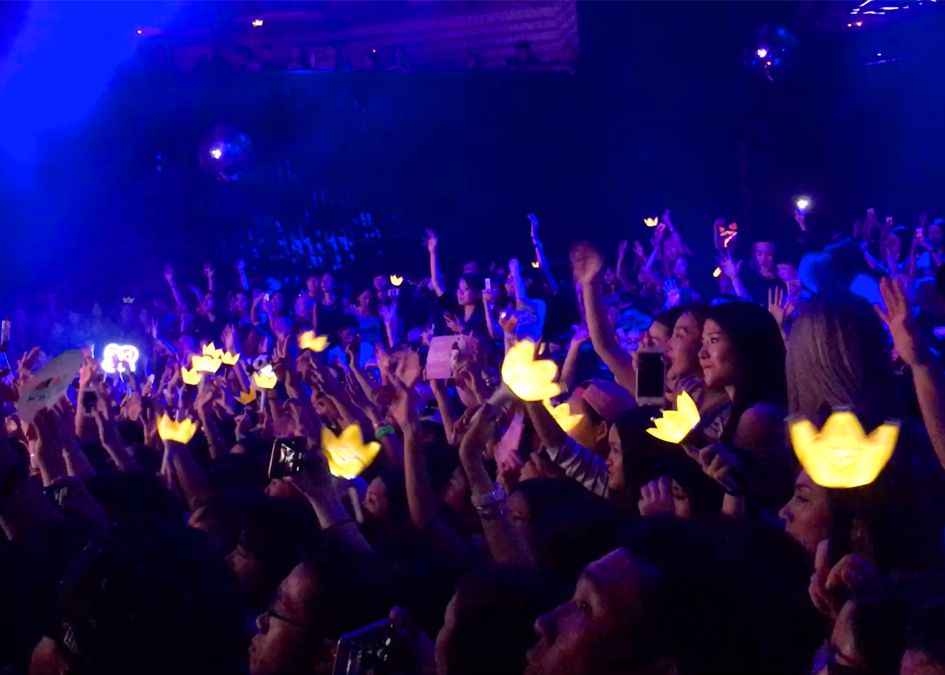 At the mere sight of one of the members standing on a balcony, the crowd erupted, screaming, yelling, and waving with one hand while aiming a camera with the other. 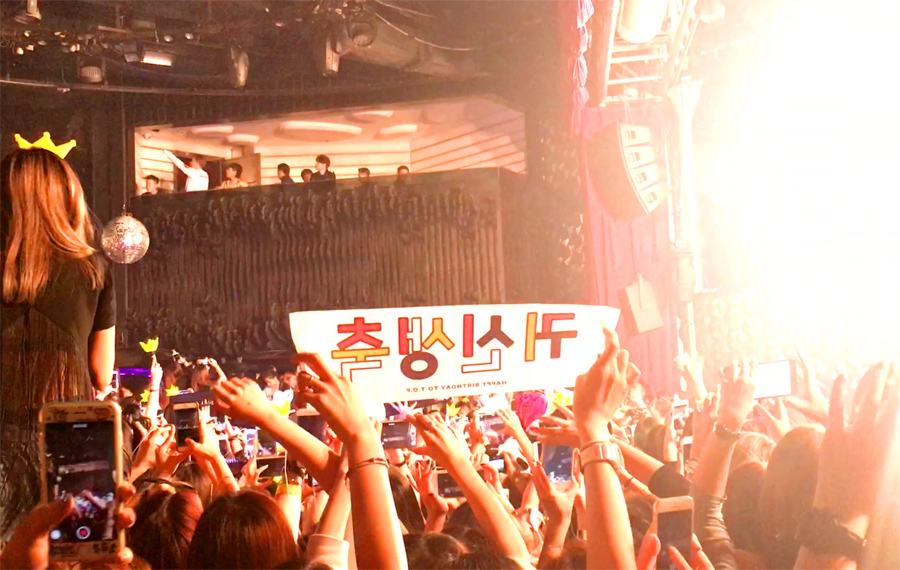 Though the music was good for the warm up set, the party lagged before Seungri and his partner, DJ Henry, came on at around 1:15am. To make things better, there could have been an M.C. to work the crowd and hype things up as the night wore on. The music alone wasn’t enough to get the crowd amped up and hold them there.

Likewise, attendees felt pressured to maintain their spots in front of the stage, and didn’t move around for fear of potentially missing out on the action. After first lining up to get in, then standing around before the Big Bang members appeared, and finally waiting for Seungri’s dj set, it was a long night.

The vast majority of fans were not really partiers, they mostly just stood around and waited for the celebrity appearance to begin. Even songs by C.L. from 2NE1, were only met with a slight bit of enthusiasm by the crowd.

Unlike Korea, where crowds are ready to dance at the drop of a hat, the audience at Cubic was really just there for more close-up time with their idols. Also, the club was so crowded that it would have been difficult to move much more than a head nod and a wiggle with people stacked up against each other. 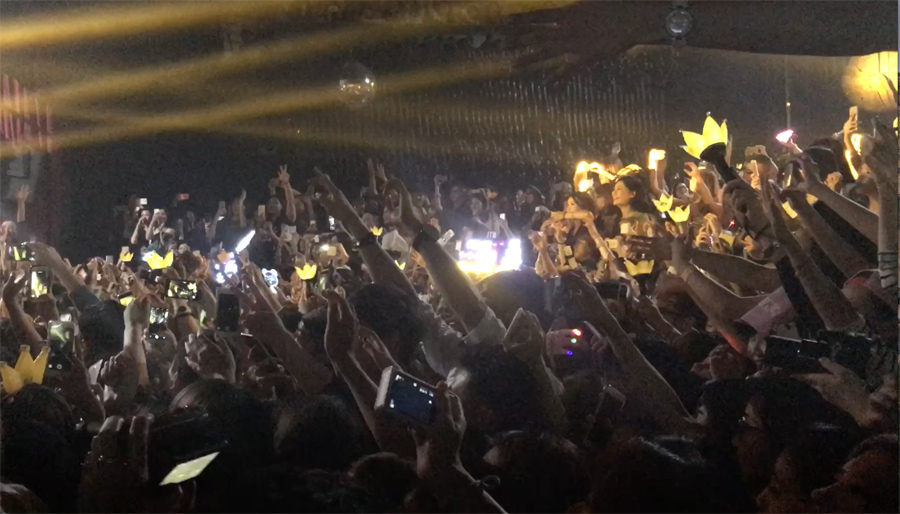 Despite the wait and the packed atmosphere however, Cubic afforded the audience an intimate view, and the crowd seemed happy to experience it.

Things got turned up a notch once Seungri from Big Bang took over the turntables. He played alongside DJ Henry, and the two spun a set that included contemporary party rocking songs that bridged the gap between EDM, Hip Hop and K-Pop. 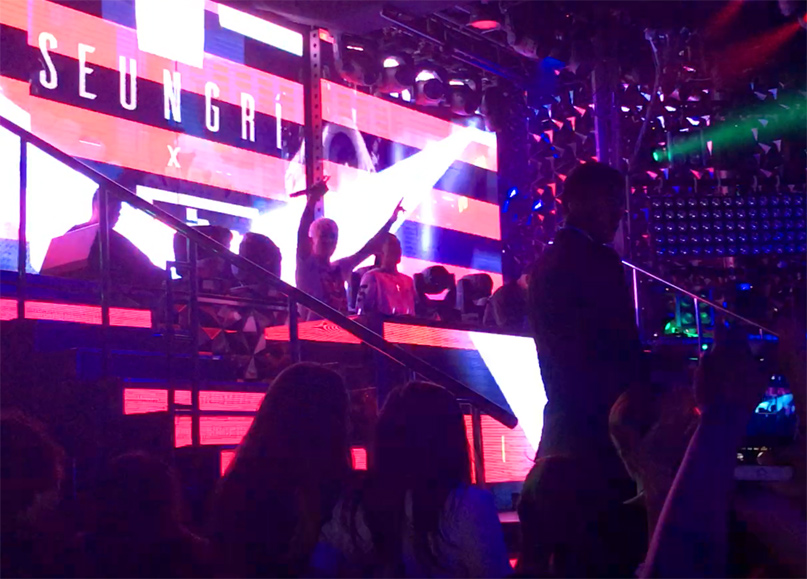 During Seungri’s set, several of the group members came back on stage to dance, and at one point, Taeyang stage-dived into the audience! 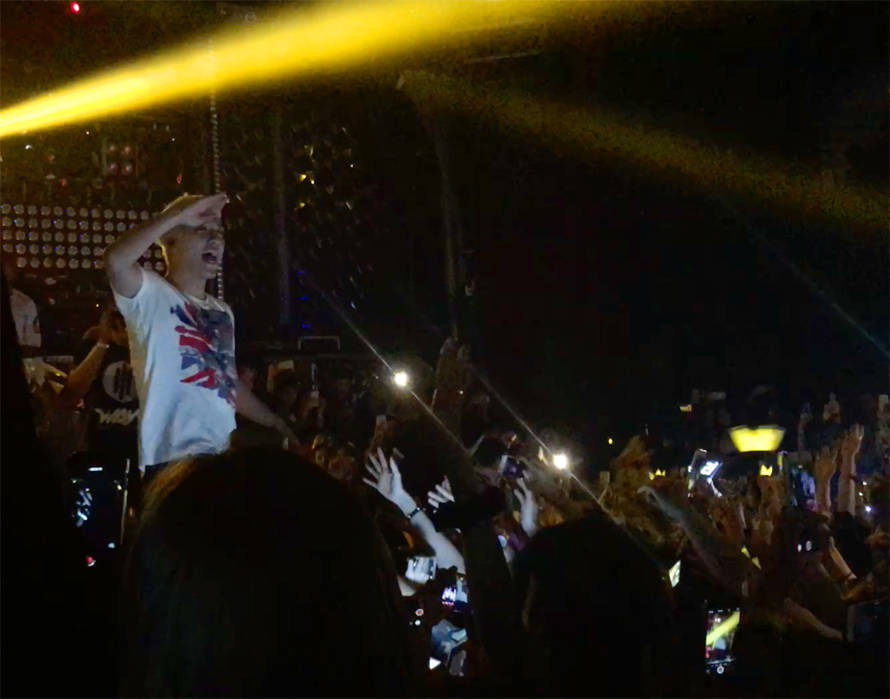 Any time the group showed up and came onstage, the crowd went crazy and got the party’s momentum up again. Dancing in the audience was difficult, as the front of the stage was body-to-body.

Check out our exclusive video for an idea of how the night went from a fan’s eye perspective!

Cubic has been on a major roll over the last few months, boasting a who’s who of the biggest stars in Pop music and EDM. Recent headliners have included Deadmau5, Chris Brown, Tiesto and Big Bang. Paco Chan, event promoter and founder of the Pomo & Stone agency has been a driving force in booking first-rate talent for Cubic. Paco has been a familiar face in H.K. nightlife for over a decade and has become a major player in bringing big-name artists to Hong Kong, Macau, and cities throughout China.

Puppets of the Darkness at Cubic! 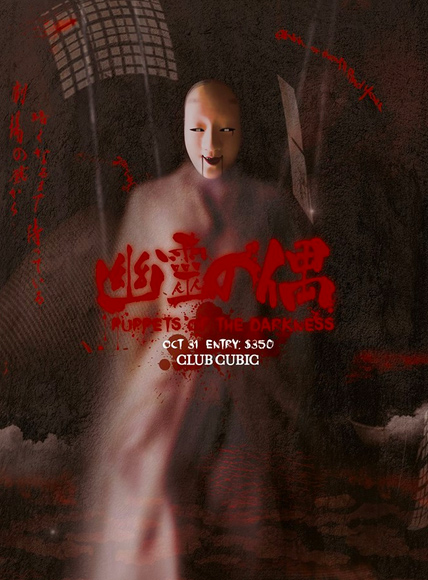 Coming up next at Cubic is a Halloween party where the venue gets transformed into a haunted house. These guys go all out with props, actors, and decorations, so you can expect some chills and thrills! 🙂