The Clockenflap 2015 lineup is more diverse than ever before, and anticipation around Hong Kong this year is intense! Taking place Friday, November 27th, through Sunday the 29th, there are few finer experiences than sitting on the harbor front grass watching the world’s top bands perform.

Outdoor music events are getting to be more common in H.K., but there’s only one Clockenflap! Back again through the perseverance and creativity of its founders, the Clockenflap crew deliver another major line-up. They’ve grown from a small one-day festival for local music lovers to a massive international-level event. 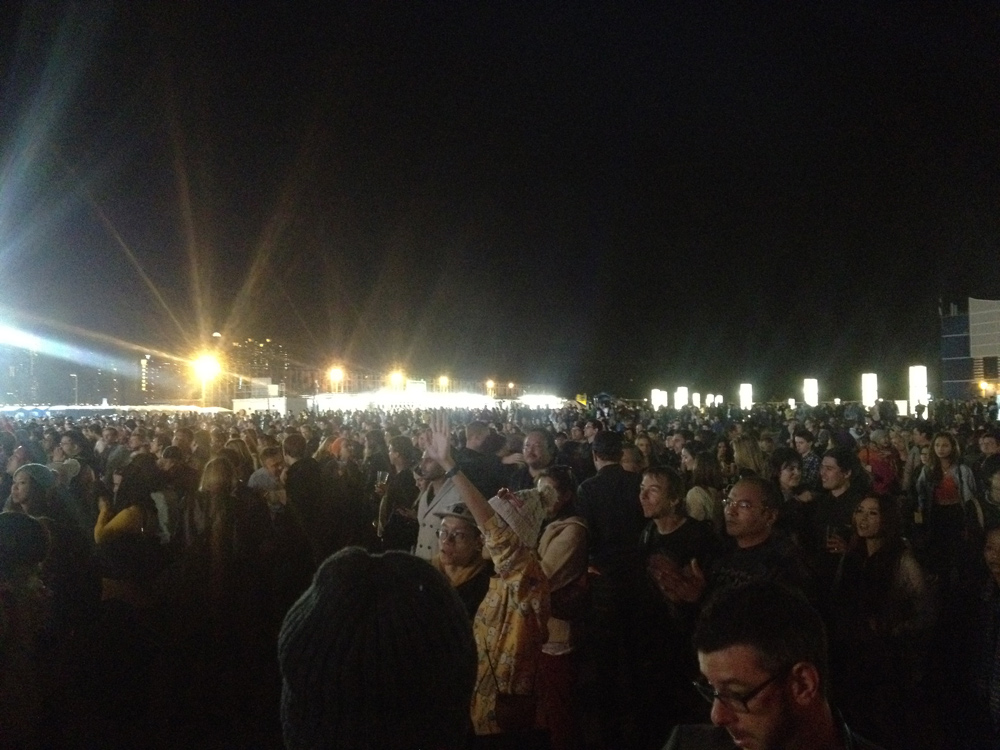 The line-up of headliners this year is particularly diverse. Here are a few of our picks out of the many big names!

New Order – What can we say about these guys? New Order have a huge catalog of hits and were way ahead of their time in the 80’s. Their catchy, heartfelt, modern Rock also ventures deep into dance territory. The chance to see them live in Hong Kong, in an amazing outdoor setting and with the atmosphere of Clockenflap, promises to be nothing short of magical! SUNDAY 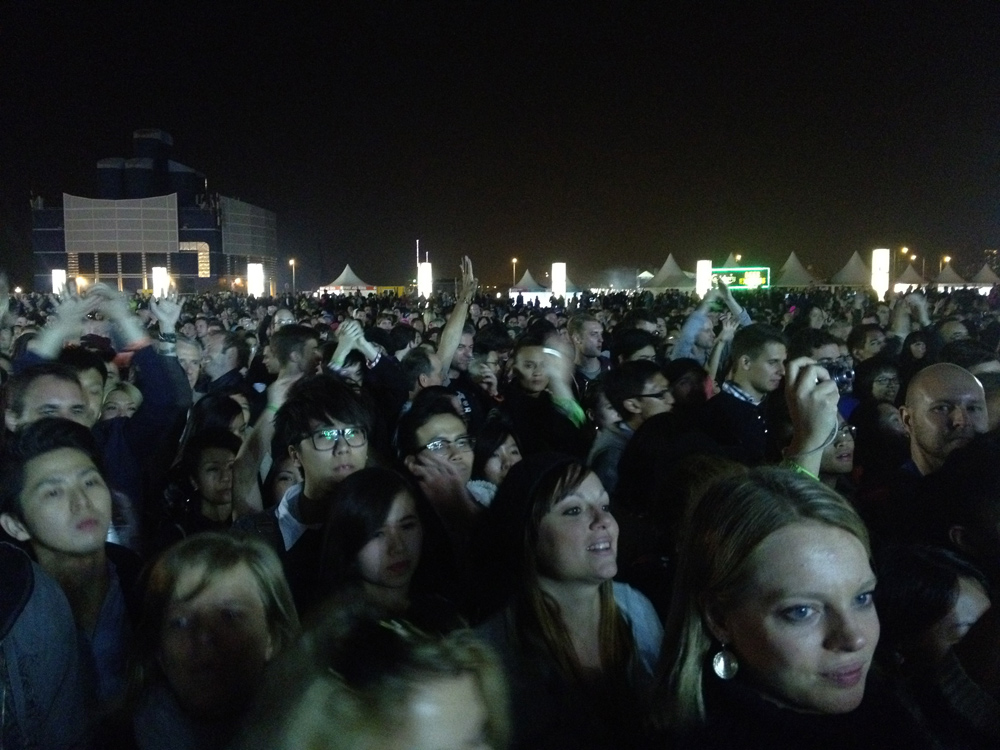 Flying Lotus – The California beatmaker extraordinaire is one of the pillars of the new West Coast scene. He’s been a fresh force in new music over the last decade, pushing out instrumentals that ride the line between experimental and a contemporary update on Trip Hop. Flying Lotus produces equal parts heavy and sophisticated beats. His Brain Feeder label has a roster of like minded artists who are challenging norms and modernizing music, while paying homage to earlier geniuses. FRIDAY

A$AP Rocky – The new school M.C. is the one who brought the large A$AP crew to the forefront. A$AP Rocky is a big name in contemporary Hip Hop, even though he departs from his New York roots. A fashion trendsetter in addition to being a force in music, he’s known for having a strong stage presence. SATURDAY 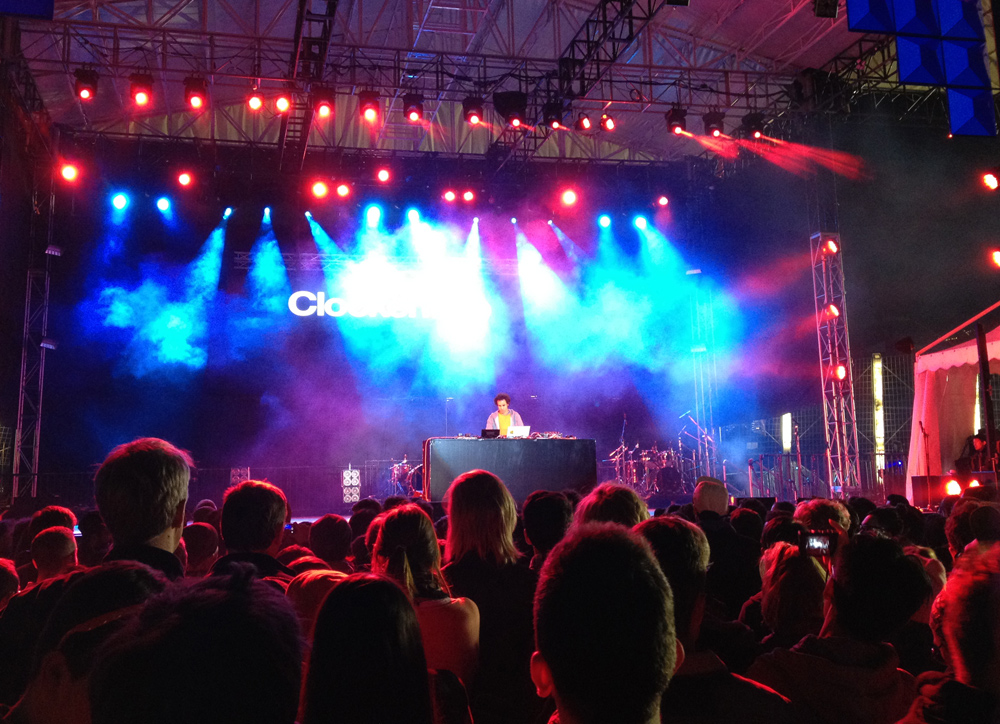 Skatalites – Amazing live performers of brassy, rocking tunes that are a direct link back to the 60’s Jamaican sound. Expect vibrant instrumentals from veteran musicians of a rare breed. SATURDAY

Kid Koala – This Canadian uses turntablist skills in all sorts of odd ways, integrating genres you wouldn’t normally associate with a Hip Hop DJ. His live sets are entertaining and not the same old thing. SUNDAY

Nouvelle Vague – You often hear their music in restaurants and lounges, but I have a feeling they are going to turn things up a few degrees for their Clockenflap gig. They had a catchy cover song of The Dead Kennedys’ “Too Drunk to F*ck” in Tarantino’s “Death Proof”. SUNDAY

Justin Martin – The Bass master returns. The San Francisco-based producer / DJ wowed the crowd at a small gig at Midnight & Co., and we’re excited to see what he he does in a major outdoor setting. SATURDAY

Uptown Rockers – the Bad News Bears of Hong Kong’s DJ scene, Simon, Sean, and Drafus (pictured above,) are full of charisma. Expect a creative, multi-genre set that covers all the bases from Rock and retro classics, to the most recent underground dance music. FRIDAY

Soul:ution ft. Calibre, Marcus Intalex & M.C. DRS – The top notch British Drum n Bass crew descends on Hong Kong for a high-energy throwdown. Hong Kong has a remarkably thriving Drum n Bass scene and you can bet this will be an exciting show with a major turnout. SUNDAY

Crookers – The Italian producer and DJ is known for his hard hitting remixes, including his crossover hit with Kid Kudi’s “Day and Night” that transformed the song into a smash dance tune. SATURDAY

Fans of harder Rock genres have plenty to look forward to as well. In addition to Hong Kong’s own Punk veterans King Ly Chee, there will be performances by Taiwan’s Flesh Juicer and the Metalcore of Canada’s Obey the Brave – all on Sunday.

In addition to foreign talent, this year’s program is loaded with local bands, M.C.s and DJs, including Doughboy & Heyo, Young Queenz, and Shaolin Fez. This isn’t the same Hong Kong it was when Clockenflap first started. Since then, the city has been “discovered” and now it’s filled with international people bringing all sorts of new ideas to Hong Kong. Likewise, being a DJ no longer has the same barrier to entry it once had, and there are all kinds of good new DJs in town, both local born and bred, and foreigners into niche genres and sounds. There are too many to list here, but the offerings are strong: Uptown Rockers, the XXX crew, Rock N Rolla, K-Melo, Rebearth, Re:Flex, The Living Discoheads and many more!

For the full schedule, please visit the Clockenflap site.

For helpful tips on attending Clockenflap for the first time, please see our post “Top 5 Tips For Clockenflap“.

A variety of tickets are available and they can be purchased directly from the Clockenflap site.

(The best way to arrive, with the least amount of walking, is by taking a bus that crosses through and stops at the Western Harbour Tunnel. From here, it’s a few blocks walk to the entrance.)

Have a look at the Clockenflap vibe in the video below!