Disclosure, the dance duo known for headlining festivals like Coachella, Fuji Rock, and Lollapalooza, are coming to Hong Kong for a special show on Friday, August 12th. The multi-talented brothers, Guy and Howard Lawrence, work with top singers including Sam Smith, Lorde, The Weeknd, Aluna George, Mary J. Blige and Miguel to put out their special blend of dance music.

Although their songs can be as catchy as Pop, they are known for putting out slick, contemporary House music. Disclosure’s sound is heavily influenced by classic U.K. Garage, and also incorporates elements from several genres of electronic dance music.

Their roots in the U.K. Garage sound are evident in their song “You & Me” with singer Eliza Doolittle. In the remix by FLUME, the song is completely re-invented as a smoldering, down-tempo headbanger.

Their first album “Settle” was a major hit, and they have continued to gain momentum with their follow up, “Caracal,” in 2016. In a few short years Disclosure have had a massive crossover success that few dance groups achieve. 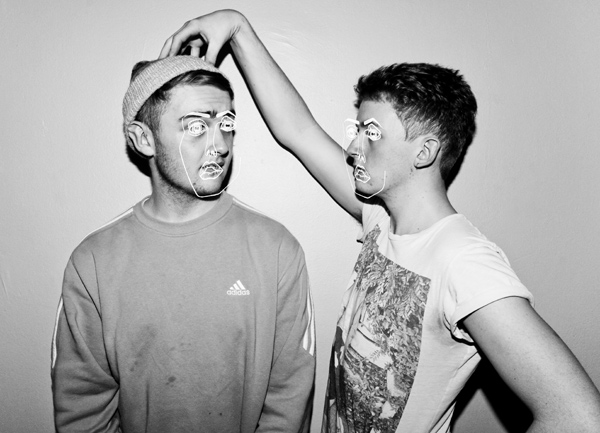 The brothers have already been nominated for Grammy Awards twice, the Mercury Prize once, and have topped charts around the world. Rather than sticking to a formula based on releasing singles, they are known for putting out whole albums that are packed with notable songs.

Coming from a family where both parents were musicians, the two experimented with music early on. Playing a variety of instruments and exploring multiple genres they have a strong knowledge of music history. Starting off releasing their original productions on MySpace, the brothers quickly gained a following that encouraged them to continue honing their material.

Fast forward a couple of years and Disclosure are seasoned performers, touring around the world to sold-out shows on a scale that few dance music artists can match. Have a look at the Disclosure Facebook Page to see the type of crowds they draw. These guys even have fans camping out at the airport to see them – this is no ordinary group.

The brothers also have a sense of humor, which is rare in music groups these days. In a recent Facebook post, they took a photo of their CD in a Tokyo music store, and made a joke about ‘spooning’ Diplo. 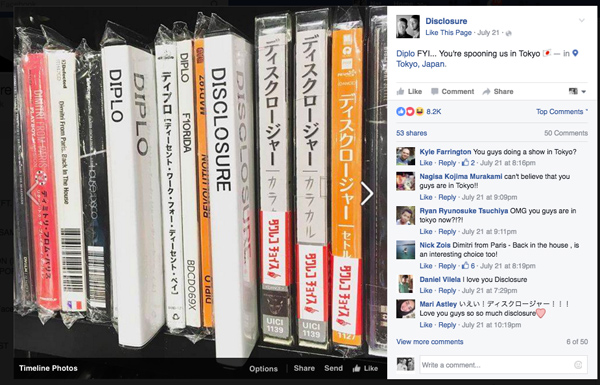 After performing at the world’s biggest music festivals in front of massive crowds, expect a tight DJ set and an energetic performance for Disclosure’s Hong Kong debut on Friday, August 12th.

Tickets are on sale at $580 HKD and $880 HKD, and are available through HKticketing or for purchase at K11 Select and Tom Lee music stores