The annual Dead Not Alive party took Hong Kong’s Halloween celebrations to an international level and came out of nowhere to become the city’s best. Now in its ninth year, the party is moving into perhaps its greatest location yet, along with its strongest musical line-up ever.

Hullett House is a huge old Colonial building hidden away on a hilltop right in the middle of Tsim Sha Tsui. Located at 2A Canton Road, it’s directly above the 1881 Heritage development, and close to Harbour City.

The massive building is unlike any of the other remaining Colonial mansions in Hong Kong. Formerly serving as Marine Police Headquarters, its been converted into a luxury hotel with multiple restaurants and bars. At the center is a massive outdoor courtyard which will host a stage, in addition to three different rooms with DJs. 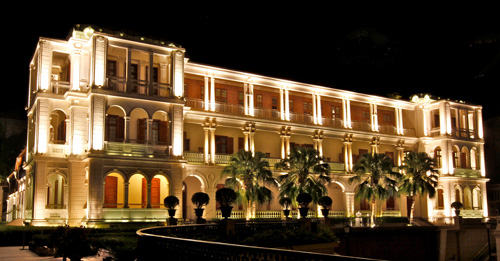 A multi-room adventure, all under one roof

The very best parties often allow you to explore, and the sprawling Hullett House features numerous rooms to wander through.

On the night of the party there will be assorted areas to check out: a front room, a large retro bar, a room with a VR zombie game, a side room featuring a bar with jail cells, a large courtyard with the main stage, the “tea” room, and a back room with go-go dancers.

Have a look at one of the promo videos to get a feel for Hullett House and the potential spooky atmosphere on Halloween.

In addition to the stellar location, the music lineup includes the first ever performance in Hong Kong by Japanese Hip Hop duo M-Flo, and a top-notch selection of DJs from around the world and Hong Kong. 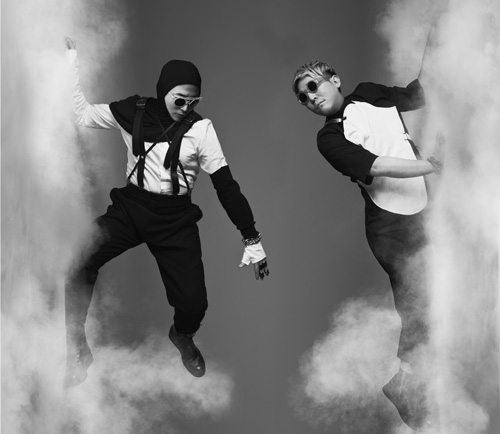 Headlining the event is a performance by m-flo, the Japanese Hip Hop group featuring rapper Verbal and DJ Taku, who is the founder of block.fm and an accomplished producer. Verbal is also a member of The Teriyaki Boyz, and is a creative force, known for his jewelry and fashion brand Ambush that he founded along with his wife Yoon. 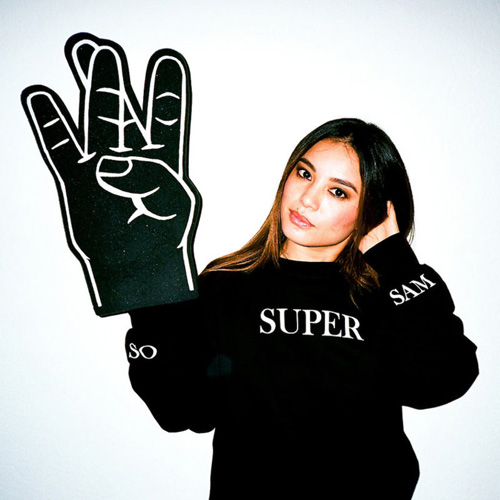 The night also features Soulection artist and Los Angeles native, SoSuperSam, who is the founder of R&B party ‘143,’ and has opened for the likes of Little Dragon and Erykah Badu. She’s also a regular at L.A. shindig The Low End Theory. 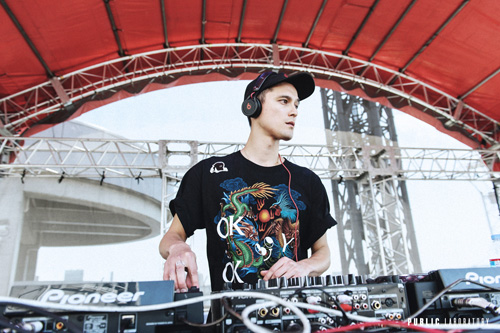 Arthur Yeti is a founding member of the mighty Yeti crew who have recently been turning up at many of the cooler events in the region, from Shanghai to Seoul. You can learn more about Yeti on their site. Arthur and Sosupersam recently collaborated on a radio show together. For a taste of their combined sounds, head over to Mixcloud. 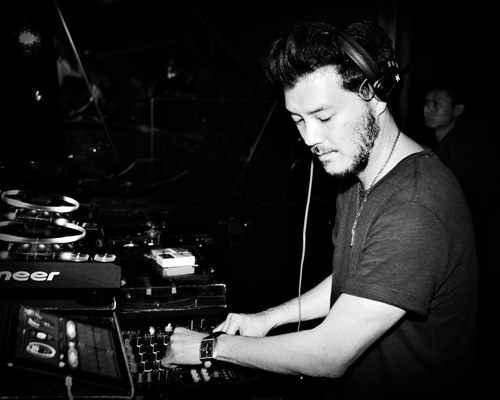 Drafus, is one half of Disco Stepchild, one of the best DJ duos in the city, and also a founder of the legendary Uptown Rockers DJ group. He specializes in nothing but the latest underground dance music. Along with his DJ partner Ben Ku, Drafus has DJed for numerous high profile fashion shows and opened up for major artists at concerts in Hong Kong. 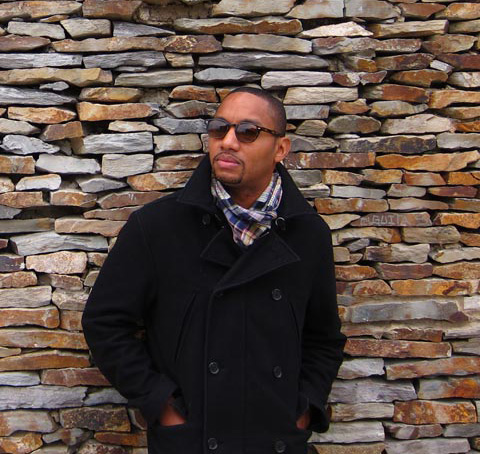 Next is DJ Re:Flex, who plays a wide variety of styles ranging from Hip Hop to House. Re:Flex is a versatile party-rocker, who has built up a following from his music, and is well known as the founder of the Little Burro burrito chain. 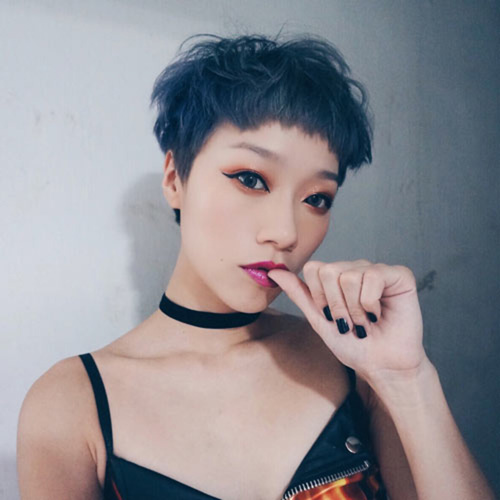 Sukimama is a favorite of brands, and a frequent partygoer at every top DJ performance in the city. A style influencer, Suki plays uptempo, high-energy sets. 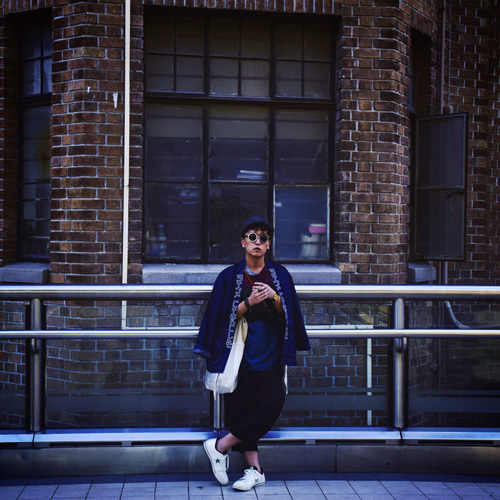 Tedman aka Junkie T is the founder of The Living Discoheads and lead singer of the band Ni.Ne.Mo. He’s a musical powerhouse with excellent taste, and an indie promoter who has brought amazing acts like machinedrum to Hong Kong. 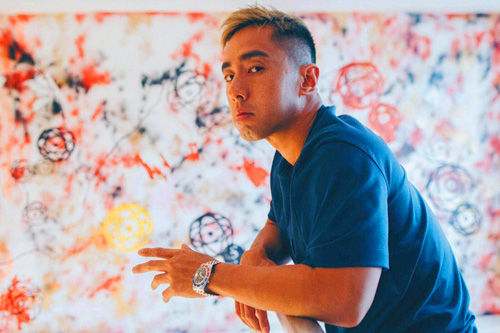 Full time entrepreneur and hustler, Kevin Poon, is co-founder of CLOT, and the man behind Elephant Grounds and several other cool new businesses in the city. Though not a pro DJ, Kevin has up-to-the-minute exclusives that no one else in the city has when it comes to what’s hot in the U.S. The other thing we like about Kevin is that he’s not afraid to play songs he loves. Too often in H.K., DJs keep things safe, and don’t depart from well-known songs. None of the DJs in this line-up are shy when it comes to their sets.

Nat King Soul rounds out the team. He’s worked with everyone from Karl Lagerfeld and Chanel to opening up in concert for De La Soul, A Tribe Called Quest and The Pharcyde in the 90’s! He regularly contributes to major fashion shows as a music consultant and has worked with a who’s who of top brands and international art galleries. You can be sure that he has a bag of Halloween treats ready for the audience.

These are some of the biggest, most influential names in the city and will attract a creative, cool, and in-the-know crowd. The venue alone is a reason to check out this party, but with a line-up like this, there aren’t any other parties that even come close. 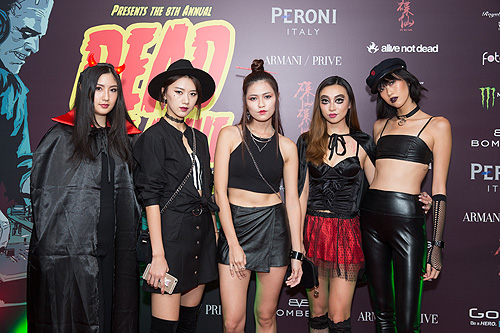 Remember that costumes are mandatory at the Dead Not Alive party. Don’t show up without one, or you won’t get in! Another thing to consider is that the party literally sells out each year, so we recommend getting your tickets ASAP. Not only are they cheaper, but you can make sure you get in.

Early Bird tickets are available until October 20th. Don’t miss the deadline and have to pay more.

Tickets come in various packages and you can purchase them directly from Alive Not Dead’s site.