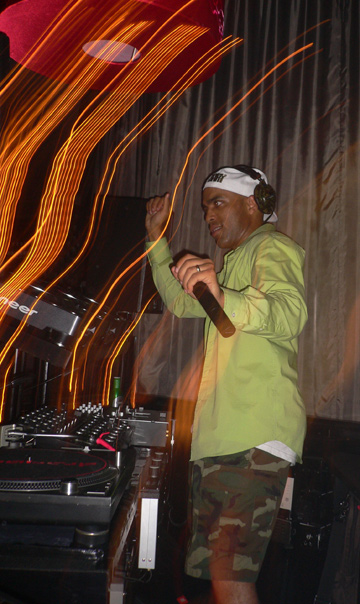 A few weeks ago Baby Bam from the legendary New York group, the Jungle Brothers played at Dragon-i. It almost seemed like he didn’t bring any of his own music, because his song selection was purely comprised of commercial, mainstream Hip Hop that can be found anywhere. His former group, the Jungle Brothers made ground breaking music that borrowed from a wide variety of musical genres, and it frequently lead them in interesting directions. Baby Bam is also descended from Hip Hop royalty – Afrika Bambatta – one of the music’s true pioneers. Hearing a full set of ordinary music from someone with his pedigree was a disappointment. However, as a pioneer himself, and someone who has contributed to the very best of Hip Hop music, I’ll give him another chance!