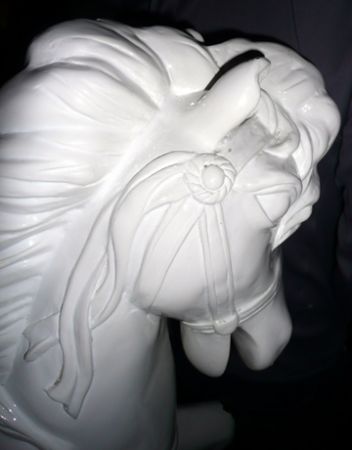 When Volar first opened it contained two rooms: a club side and a lounge side. Each room featured a d.j. booth, a long bar and banks of seating. While there have been minor alterations over the past four years, the most recent renovation literally closed half of the club.

Volar recently reopened their lounge side, now dubbed the Circus Room, just in time for their fourth anniversary.

With Hong Kong currently in the midst of a surge in holiday season partying, the Circus room adds a large amount of space at just the right time. On the two nights I’ve visited, the new room was completely full!

Disco Stepchild, a monthly night featuring d.j.s Ben and Drafus, was the first party to christen the new space.

The duo had the crowd rockin’ with their selections of cutting-edge dance music.

In addition to more floor space, the renovated side contains a greater amount of seating. The choices include numerous booths, a private room off to the side, and standing tables. Several touches give the space a circus / carnival flavor.

Around half a dozen horses seem to have abandoned their Merry-Go-Round for life at Volar. Some can be found hanging upside down from the ceiling!

The bulb lighting around the bar, and the black and white color scheme of the columns add to the circus decor. From what I’ve heard, the room is a work in progress with many more details to be added in the future.

The second time I visited was a few days later during Volar’s fourth anniversary party.

On the anniversary night, the club-side featured Mr. Flash, a d.j. from the Ed Banger family.

Mr. Flash played a heavy set that had girls dancing up on stage!

Even with the new room open, Volar’s club side continues to be a popular jumble of packed bodies!