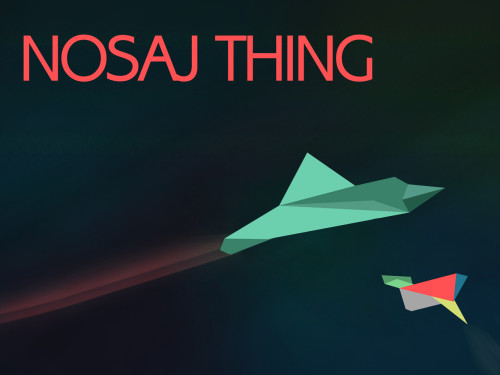 Korean-American Nosaj Thing has produced tracks for Kid Cudi, Kendrick Lamar, and even remixed Portishead. In addition to his production talent, he’s part of a new generation of beatmakers who perform live by triggering samples to create songs on the fly.

If you’re into moody, sample-driven music along the lines of TEEBS, Samiyam, and Flying Lotus, then this show is a must-see.

The music of Nosaj Thing (pronounced ‘no such thing’,) ranges from uptempo beats to ambient, downtempo tracks with haunting melodies that perfectly match the more abstract Hip Hop M.C.’s.

If you’re not familiar with this sort of music, it’s sort of a continuation of the Trip Hop genre. Have a look at the previous posts on TEEBS and SAMIYAM for some examples.

To get an idea of Nosaj Thing’s sound, check out this radio appearance:

Watching these guys live is almost like being present in the studio when a track is being made. Nosaj Thing performs with an Akai MPC, constantly banging on pads that trigger samples. It’s exciting to watch and takes you on a more intimate ride than simply listening to someone spin a pre-made track. There is often room for improvisation, and it’s interesting to see the diverse techniques they use to manipulate the music.

The event is a collaboration between Fresh Off The Boat and Sessions HK (who will provide various DJs: Floyd Cheung, Rolec, Stitcha, and Lincoln.)

The event runs from 10pm to 5am