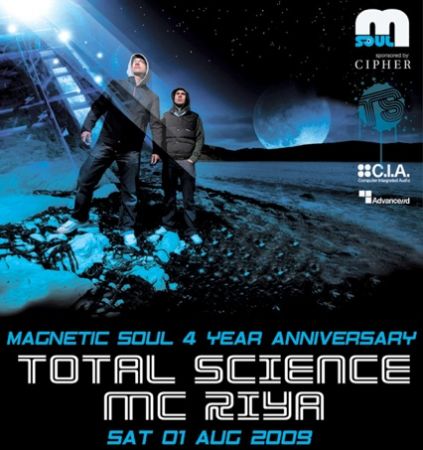 Although very niche, Drum N Bass has a fanatical following in Hong Kong. Despite all the new sub-genres of electronic dance music to come along, Drum N Bass has continued to maintain its own scene. The music has been kept alive in part thanks to organizations such as Magnetic Soul, which have regularly hosted international Drum N Bass stars.

What happened at the last Drum and Bass event I attended?

To give you an example of the draw of Drum N Bass, on a recent club night featuring a visiting d.j., the local Drum and Bass room was packed, while the special guests played to an empty house!

In addition to the headliners, the anniversary will feature appearances by Magnetic Soul resident d.j.s: Cookie, J-P Lui, Blood Dunza, Fat Demon, Teem, and Saiyan, as well as M.C.s Capas and Wonder.